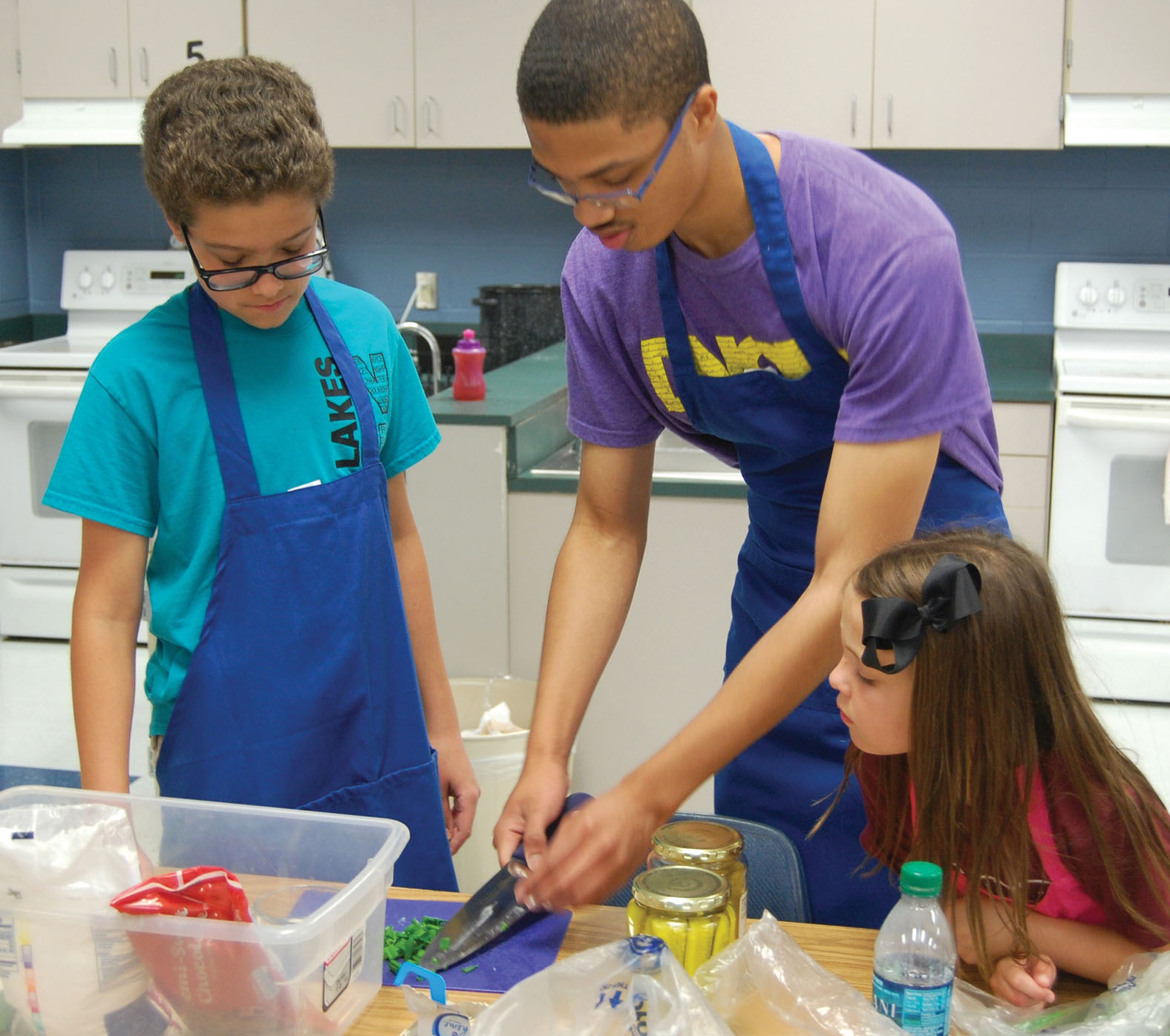 The culinary classroom at Victory Lakes Intermediate was a flurry of activity as elementary, intermediate and high school students joined together for the first ever Clear Creek ISD Food Challenge. The event was not only a way for students to show off their cooking skills, but an opportunity for them to cooperate with students outside their own school.

After watching the Food Network with his family, Victory Lakes Intermediate Principal Adam Douglas thought that a food event would be a great collaboration between the schools that comprise his campus’ PK-12 Community. After consulting with Vocational Instructor Darlene Schlitzberger and discussing the idea with culinary students, the CCISD Food Challenge was born.

Schlitzberger contacted Victory Lakes’ feeder elementary schools, Bauerschlag Elementary and Parr Elementary, as well as the Culinary Arts program at Clear Springs High School. Each school chose six students to participate. The students met to determine the two teams, each with three sections consisting of an elementary, intermediate and high school student, and the menu for the competition.

Teams were tasked with preparing an appetizer, entrée and dessert, all with an Italian theme. After their recipes were created, the students met again to practice cooking their meals in the allotted time. “The teams created their different plates and we all had a great time tasting the end products,” Schlitzberger said. “They learned that time management was very important.”

Each offering was presented to the judges by the students who prepared it and was critiqued on taste, plating, cooking skills demonstrated and creativity. In the end, Team Awesome edged out Team Buongustaio for the inaugural title.

While the students, ranging in age from 8 to 18 years, enjoyed their time in the kitchen, they learned more than culinary expertise. “The most obvious thing they gained was teamwork,” Schlitzberger said. “Skills such as cutting herbs, combining ingredients and using appliances were secondary to the strong bonds made between all the students.”

The event was a hit with students, parents and teachers. Plans are already underway for next year’s event and the organizers hope to include more schools and community partners.

CCISD’s PK-12 Communities is a program, comprised of both elementary and secondary campuses, designed to encourage cooperation and strengthen connections between schools. These communities, based on feeder patterns and the larger communities that are served by these schools, communicate and collaborate with each other regarding school activities and programs, shared events and possible partnerships.