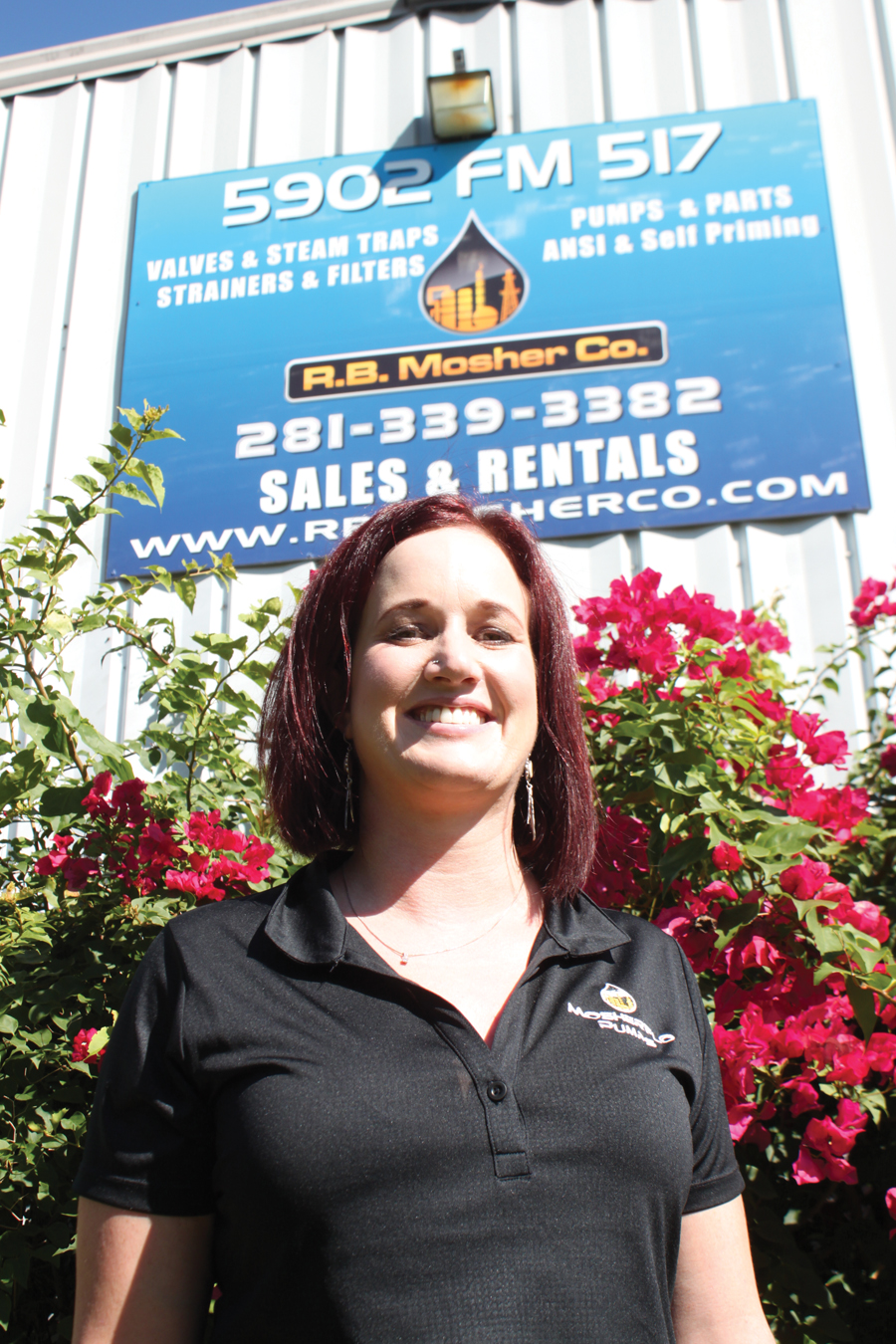 Beginning this month, Bay Area Houston Magazine will open its pages up to honor Women Who Lead in the Bay Area. Honorees will be selected by a secret criteria known only to us! (This is to add a little mystery into the mix) But be assured, that criteria includes most of the things you are already calculating in your mind.

Our very first honoree is April Mosher of R.B Mosher Co. She is a graduate of Southwestern University in Georgetown in Georgetown, Texas with a Masters in Fine Arts and minors in Chinese language and art history.

She is a dynamo of proficiency and skill and wears many hats. Not only has she developed her own trademark pump name, the Mosherflo pump line, but she is continuously looking for new ways to expand her father’s company offerings. Recently, she started a Rotating Equipment Services Division, offering not only new pumps, parts and skids, but also repairs and installations onsite.

In addition to her company dealings, April is also a wife and mother of two wonderful boys, Byron Alexander Mosher, 8, and Raylan Ames Mosher, 2. She strives to be a good mother, entrepreneur and devoted wife, and has a trustworthy, unforgettable presence. She’ll go out of her way to solve any problem and always leaves her customers and friends with a smile.

As if this wasn’t enough, April takes physical fitness very seriously and works out several times per week. She also does not shy away from adventure, even when it borders very closely to, well, danger. Example, she recently got on a plane and flew to China (by herself), where she spent ten days conducting business for her father’s company. Tell us, April, was the food good?