Why ISIS hates Christians so much 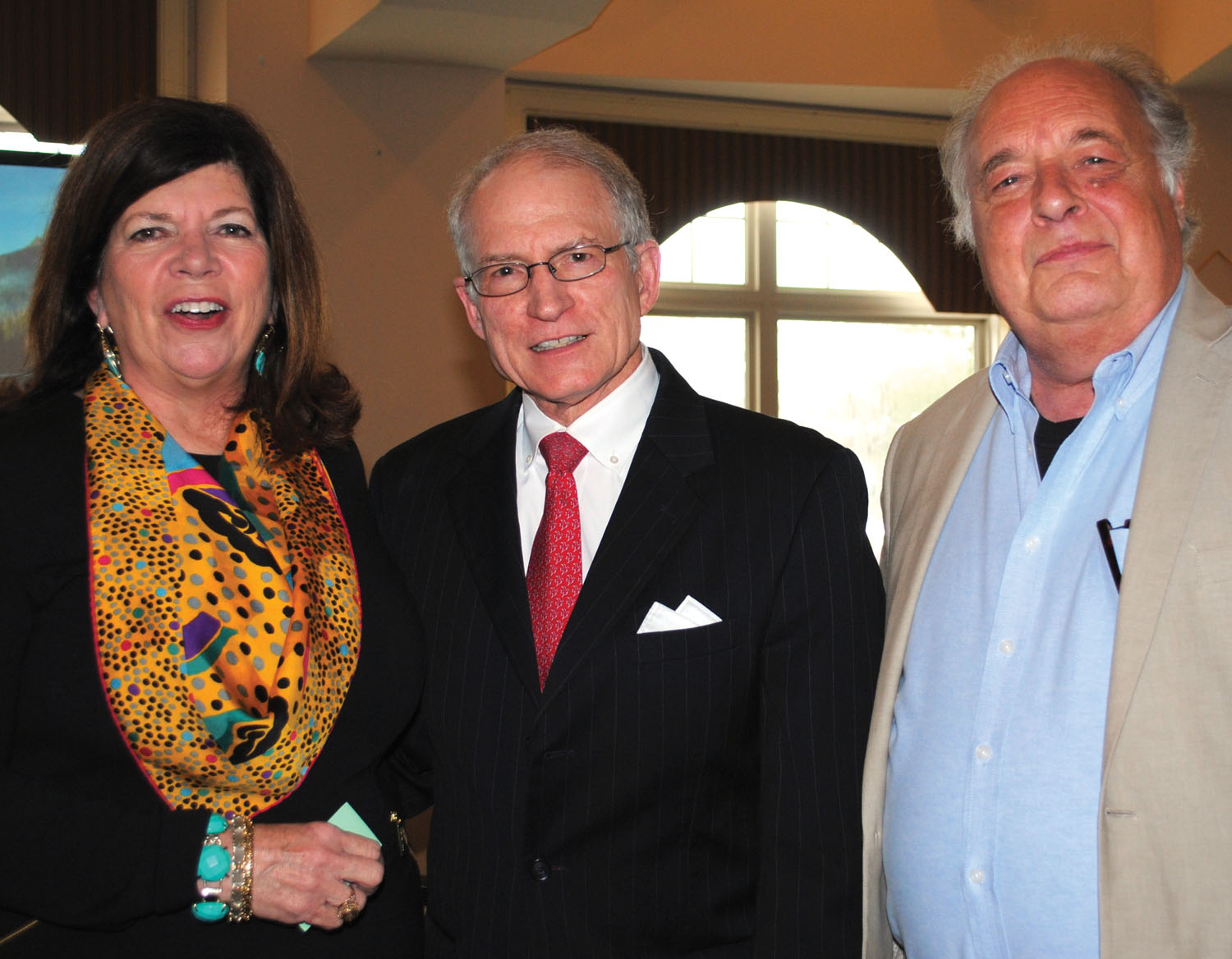 Former Ambassador to Qatar Chase Untermeyer, center, arrives at Bay Oaks Country Club to address the Space Center Rotary Club. On hand to greet him are Rotary Program Chairman Kippy Caraway and Untermeyer’s friend and special guest, filmmaker Al Reinert, who co-wrote the screenplay for the movie “Apollo 13” and wrote, directed and produced the documentary, “For All Mankind” about NASA’s Apollo program. The two once worked together as reporters on the Houston Chronicle. Photo by Mary Alys Cherry.

Former ambassador has the surprise answer

We wonder why ISIS hates the Christian world so much — why they thrive on killing Christians. It makes little sense to us.

For answers, you have to think back several centuries, former U.S. Ambassador to Qatar Chase Untermeyer told members of Space Center Rotary as he updated the club on today’s Middle East. It isn’t just anger over the invasions of Iraq and Afghanistan.

“Remember the Crusades in the Middle Ages?” he asks, getting quite a few blank looks during the luncheon at Clear Lake’s Bay Oaks Country Club. While the Crusades are something we learned in elementary school and salted away in the back of our memory bank, not so the Muslims.

“For them it happened just yesterday,” he said. And, they are still bitter today and have never let it go, he said of the series of holy wars waged between Christians and Muslims from the end of the 11th century to the end of the 13th.

The Crusades were military expeditions by Christians to rescue the Holy Land from the Muslims, the followers of Islam whom the Christians called infidels and considered them enemies of Christ, the history books tell us.

Unfortunately, ISIS is going after the wrong people today, Untermeyer said afterwards. It was the dukes, princes and earls who fought in the Crusades, he pointed out, adding that most Americans weren’t the descendants of royalty.

Untermeyer, who was appointed ambassador by President George W. Bush, talked about the many problems in the Middle East and Northern Africa today and also discussed the tenets of Islam – their Creed, Prayers, Fasting during Ramadan, the Pilgrimage to Mecca and Alms Giving, and how Muslins donate 2.5 percent of their wealth to the mosque.

He also briefed Rotarians on the struggles between Saudi Arabia and Iran and between the Sunni and the Shiite Muslins.

The long-time Houstonian has quite an interesting biography. After graduating from the Spring Branch Schools and Harvard and serving as a Naval officer during the Vietnam War, Untermeyer began his career as a political reporter for the Houston Chronicle, leaving to become executive assistant to Harris County Judge Jon Lindsey. Next he was elected to two terms in the Texas House of Representatives before becoming executive assistant to then Vice President George H.W. Bush.

President Ronald Reagan appointed him assistant secretary of the navy. He has also served as director of public affairs for Compaq Computer, on the Houston Port Commission and was appointed chairman of the Texas State Board of Education by then Gov. George W. Bush and then elected to a four-year term. When he became president, Bush also appointed him ambassador to Qatar.

Today, he chairs the advisory board of The Soufan Group, which provides strategic security intelligence services to governments and multinational organizations.

« This mayor knows the way to Clear Lake
Who Am I? »
Bay Area Houston Magazine