We Live in Different Worlds 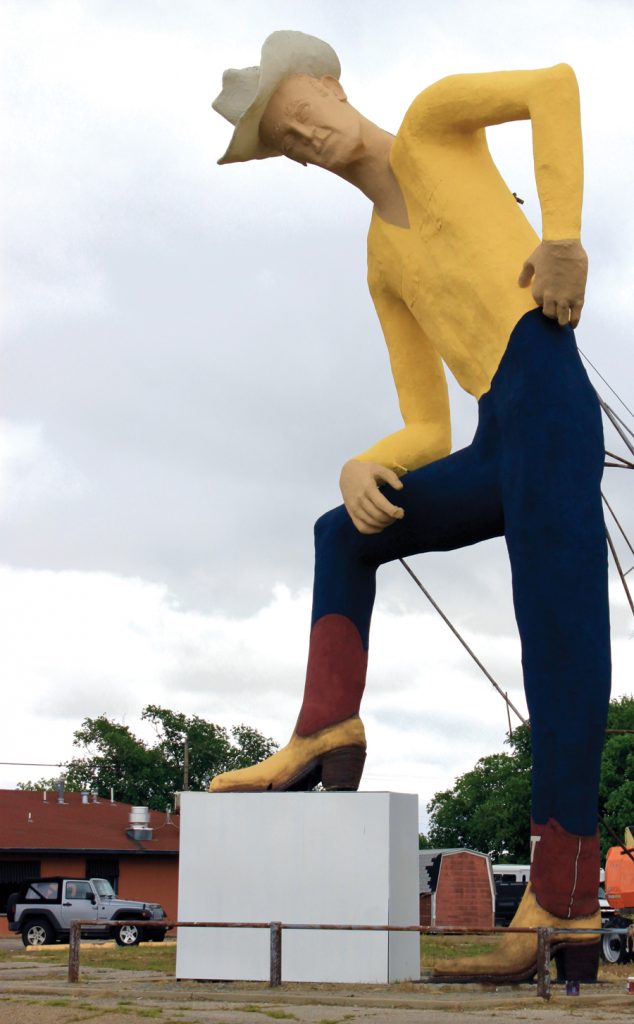 It’s a different world out here in far West Texas. There is flat prairie for miles in every direction (unless you stumble onto Palo Duro, that is). Trees are an oddity and the wind is always blowing. But the biggest difference is the people. Everyone here wears boots and Stetsons, they are weathered by the sun and wind and they are the friendliest people I’ve ever met. No one acts uppity. In a local diner, you can’t tell the difference between a rancher worth millions and a day-laborer hoping to make it to tomorrow. Then there is the 47-foot high statue of Tex Randall. He’s hard to miss. I can’t spend much time here without thinking about the differences between the world I live in in Clear Lake and the one the people here in Canyon inhabit.

I guess I’ve been aware of different, parallel worlds for decades. I knew a woman years ago who was a dedicated follower of soap-operas. We sometimes talked about it. I saw them as silly and pointless. Life just isn’t as zany and difficult as portrayed there. She said she loved them because they were so true to life. I thought she was crazy (she was…but that’s a different story). And then there was my first week as a freshman in the new world of Purdue. What a difference from what I knew in Gary, Indiana. It was like getting hit in the face with a door!

But I really started to notice it when I first came to Texas. I was immediately struck by the difference between my world and that of some of my students. One day in my first semester here, on my way into work I saw an old pair of sneakers, laces tied together and thrown over a powerline crossing a city street. I mentioned it in class later that day, wondering why anyone would want to do that. Several of my students explained it was a “billboard” advertising drugs for sale. I was dumbfounded.

Over the years, I came to understand that many of my students lived in worlds that were not only alien to me but ones I didn’t even know existed. In the ensuing decades, I have had students from third generation welfare families and from neighborhood environments filled with drugs and habitual criminals. While I grew up poor, such things simply did not exist in my wholesome world.

What determines our world? Some of it, of course, is what we are born into. We have no control over that. But as we age, most of us find that our worlds change, sometimes dramatically. There must be something besides accidents of birth at work here. Certainly, there are the influences of family, friends and neighborhoods. Later we encounter other environments such as school and the workplace. Each of these somewhat controls the kind of people we meet and the world we see. My first days at Purdue are a prime example. There were very few students like me, the professors seemed like space aliens and the expectations were far beyond what I anticipated.

As a writer, I do a lot of listening, eavesdropping if you will, so I can learn things about people. I hear the conversations between bartenders at my favorite watering holes and can tell in an instant that they definitely live in a different world than I do. The same is true of my students. Those whose families work in the plants are very different from those whose parents work in business, education or the high-tech industries. And all of them live in worlds very different from mine.

In the magnificent novel Illusions, Richard Bach has a passage in which a character is teaching his protégé about these different worlds. He asks, “You live in the same world as a stockbroker?…Your life has been tumbled and changed by a new SEC policy?” Of course, the “student,” an airplane pilot, recognizes he knows nothing of the Wall Street world. The teacher’s point is, each of us lives in a world different from everyone else; no two of us occupy the same world. If that notion is true, and I think it is, it is important we consider the effects and the infinite possibilities of these differing worlds.

First and foremost, for most of us, the world we see is the world we believe is real and the only one there is. And unless something major happens to shake us of that idea, that world is the only one we will ever see. But if indeed there are other options, there is reason to believe that some of them could possibly be more attractive to us than our current situation. If we become aware of those options, come to the realization that we don’t have to live the way we have been, we just might want to make a change.

I admit that’s not always easy. In fact, at times it may seem impossible. Sometimes making that transition is only possibile if we get a little help from someone else, someone to show us the way—a teacher, if you will. I don’t mean an educator in the traditional sense necessarily, but rather, someone like the character in Illusions, someone who already understands and can help us to see reality and the options that lay before us.

It seems to me, once we understand that a better world, or even lots of better worlds, may exist, we can make one of them ours if we really want to. But for most of us, we don’t have a clue as to how to go about it. It is really a two-step process.

First, we need to “see” that world we want and to believe it really exists. To quote an old college coach of mine, “What the mind can conceive and believe, the mind can achieve.” That may mean going out of our way to expose ourselves, even superficially, to other options—to see them in action. We may feel like a fish out of water, or like we are trying to force ourselves into places or groups to which we don’t belong—to which we are not welcome, but “seeing” those opportunities is all a part of the process of change. We might even want to try on several other worlds “for size,” just to see which might “look better” on us.

When we find one we like, the hard work really begins. It now becomes a matter of doing what is necessary to get there. That brings us back to Old Coach; When we believe it—it will happen. It may take work, but what worthwhile thing doesn’t?

In reality, we all live in the world we have chosen for ourselves—and we are always free to make a different choice.