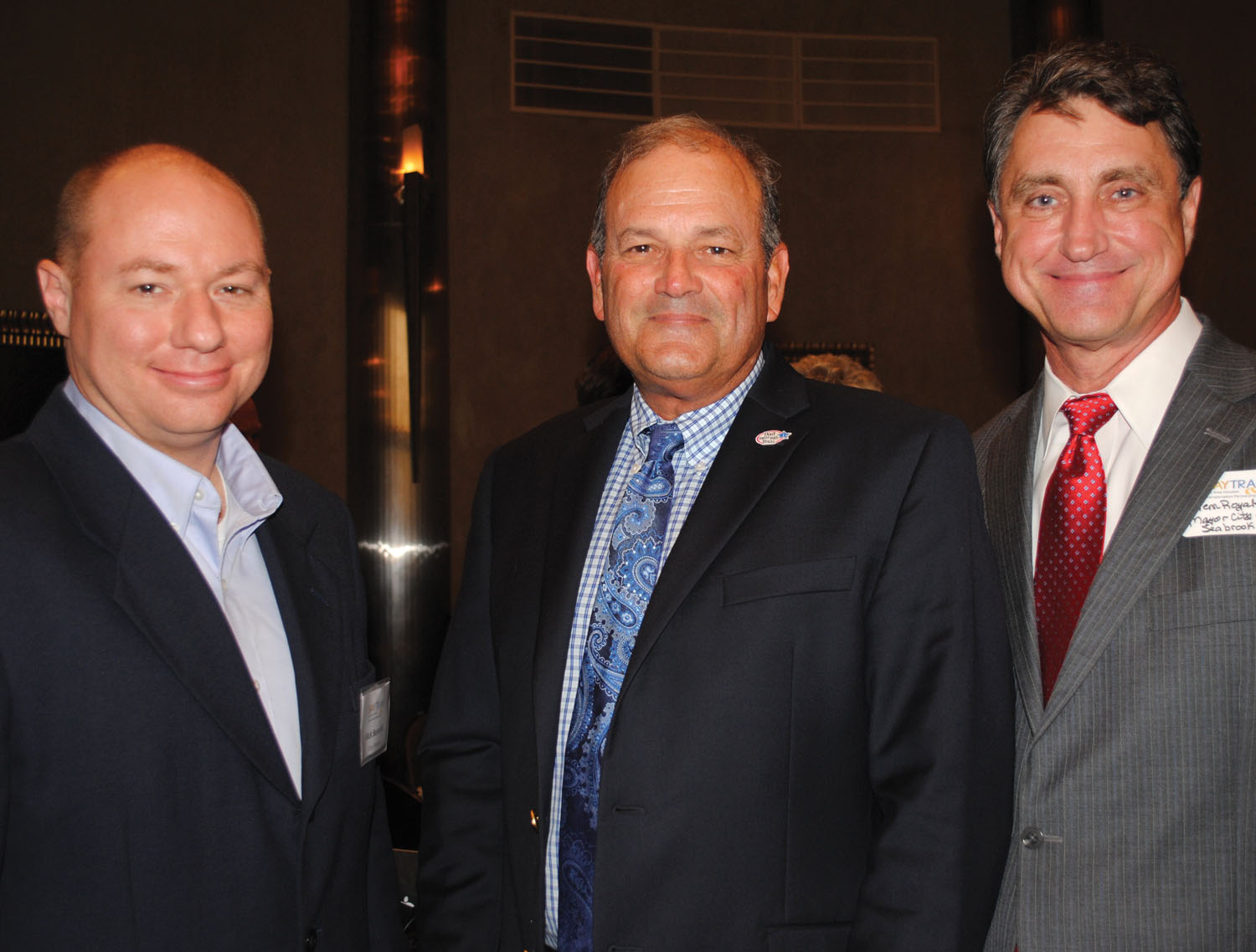 Bay Area Houston Transportation Partnership was in for a rare treat this past month when the head of the Texas Department of Transportation, Executive Director Lt. Gen. Joe Weber was the keynote speaker for its monthly luncheon.

He drew quite a crowd of state, county and city officials, anxious to hear his opinion. 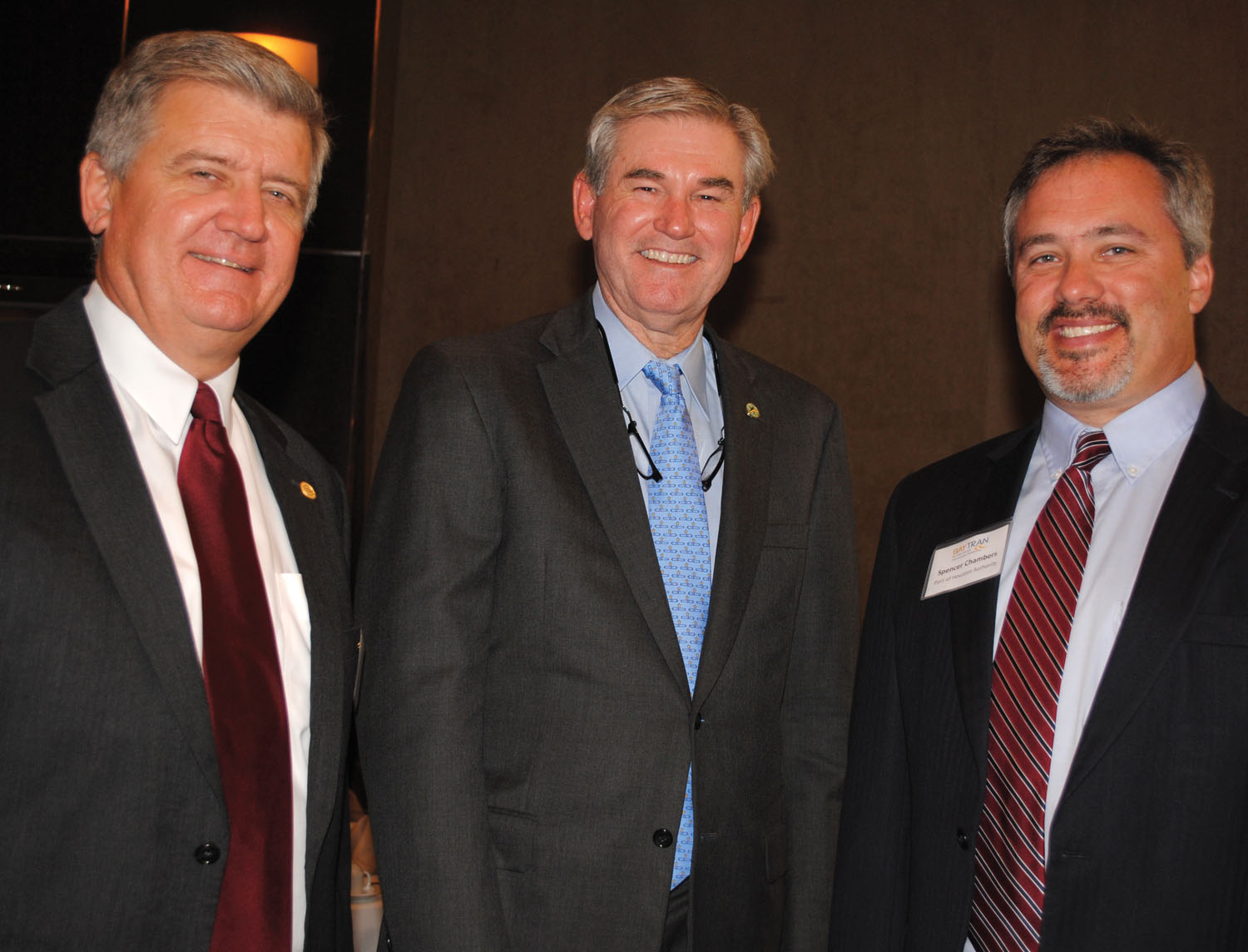 State Rep. Ed Thompson, center, stops for a visit with Port of Houston Executive Director Roger Guenther, left, and the Port’s Director of Governmental Relations Spencer Chambers, a BayTran Board member, at the BayTran monthly luncheon at Cullen’s.

He told of taking over his job in April 2014 and trying to patch Texas roads with insufficient funds as container traffic continued to grow, putting more trucks on the state’s roads, and even more expected with the opening of the rebuilt Panama Canal.

“We can’t build our way out of this,” he thought to himself, he said. “We have to think our way out.” So far, if the November ballot item passes, TxDOT has about $4 billion coming its way, which will not meet all the state’s need but should be a help. 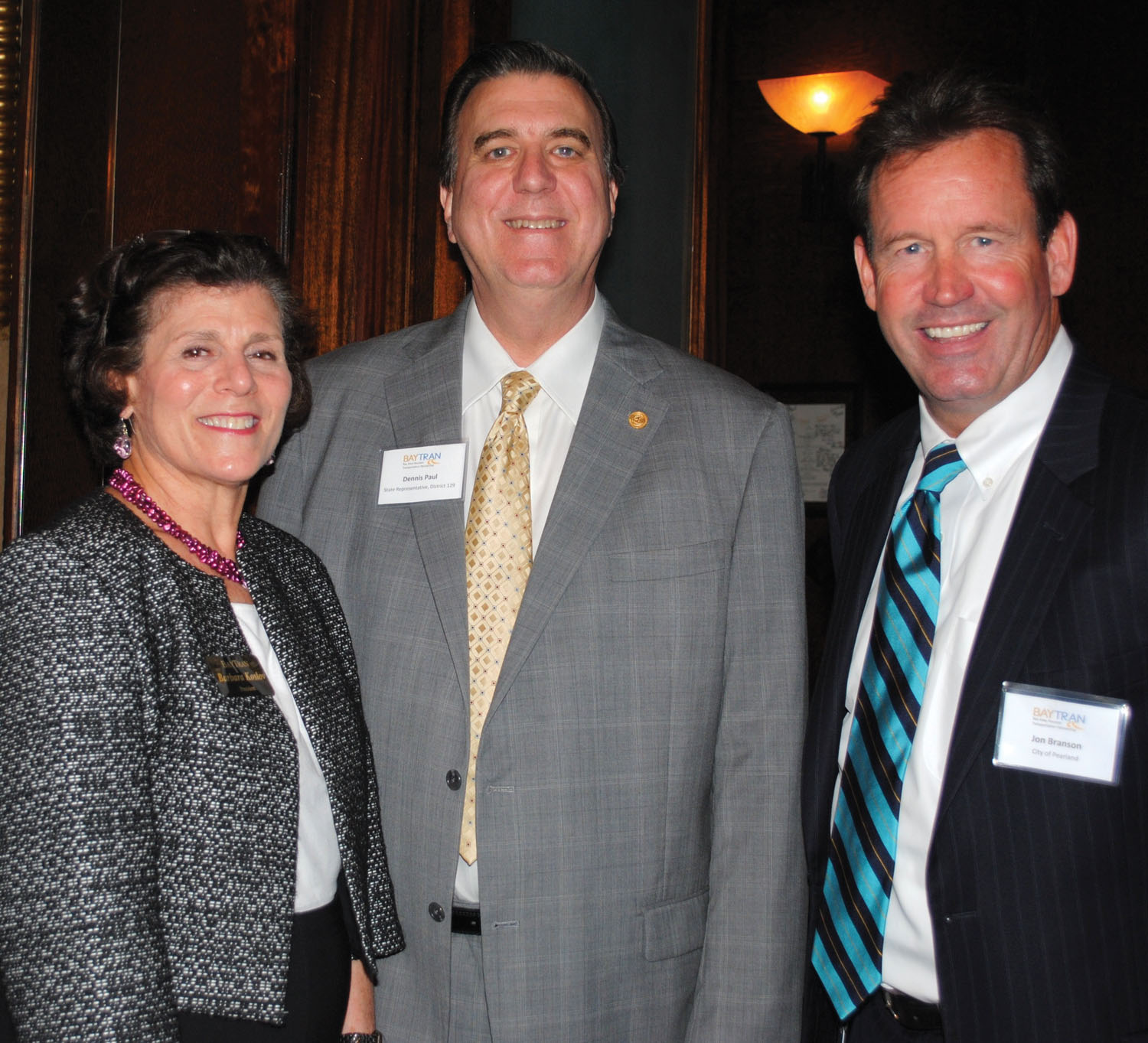 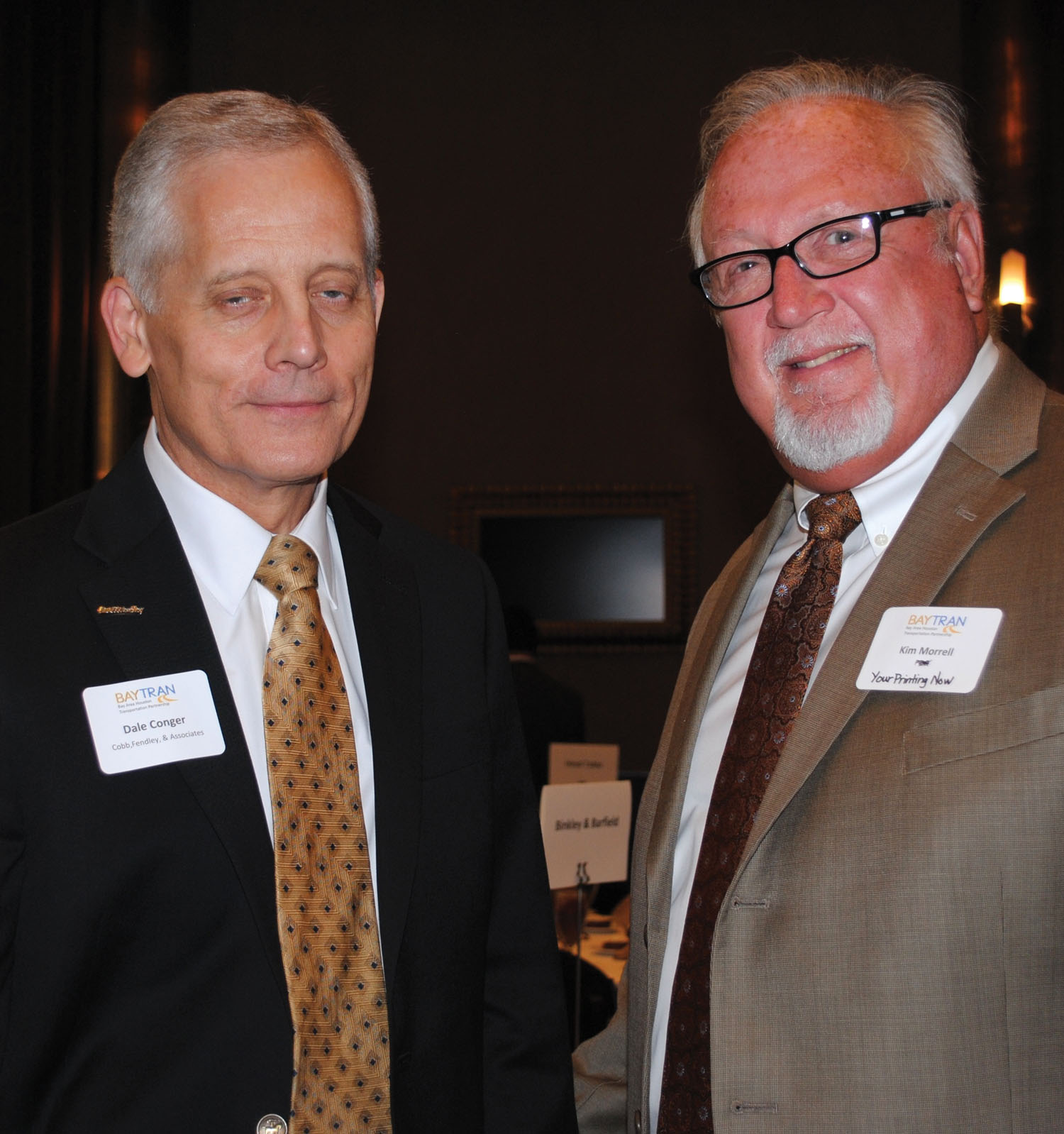 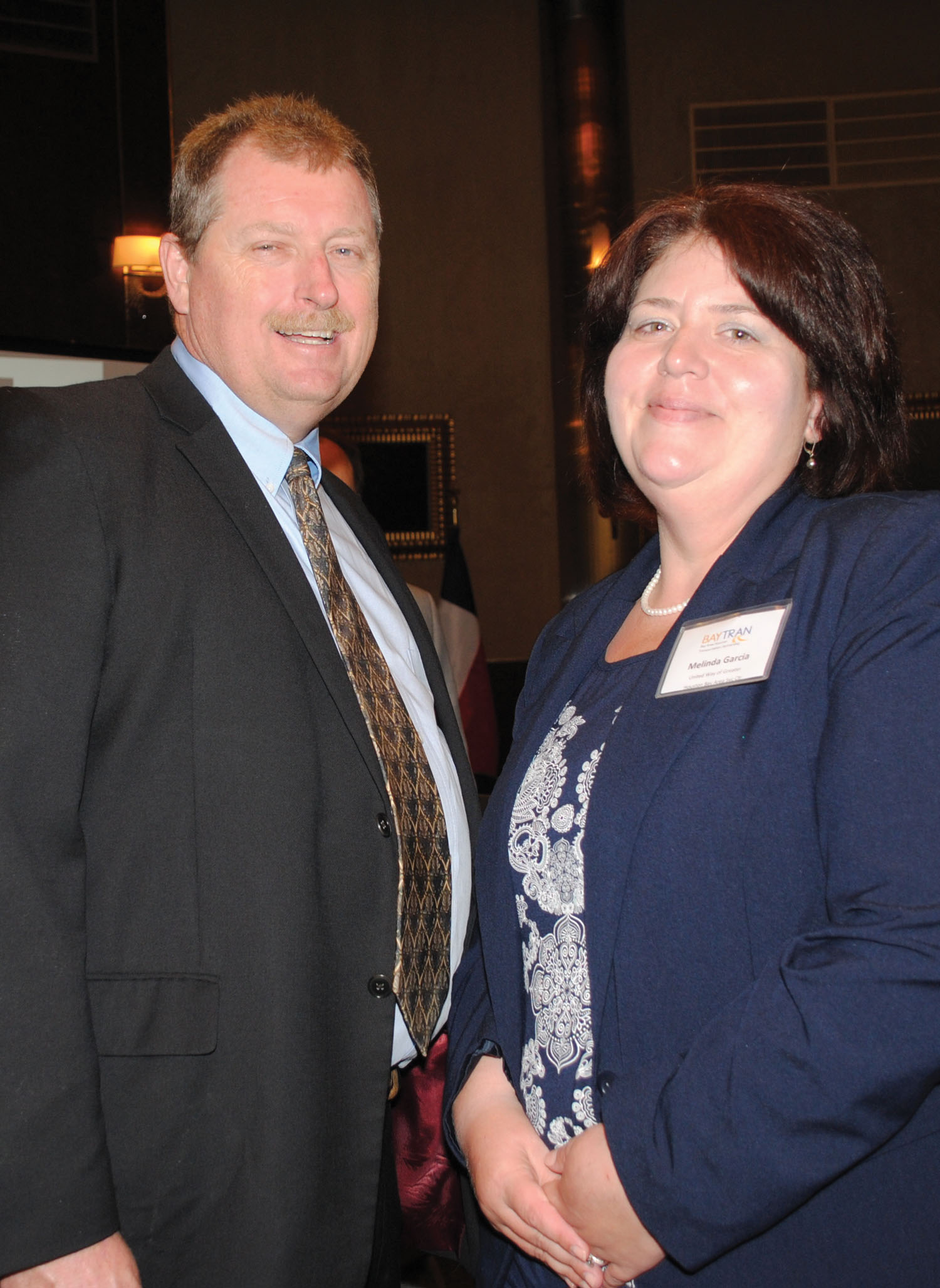 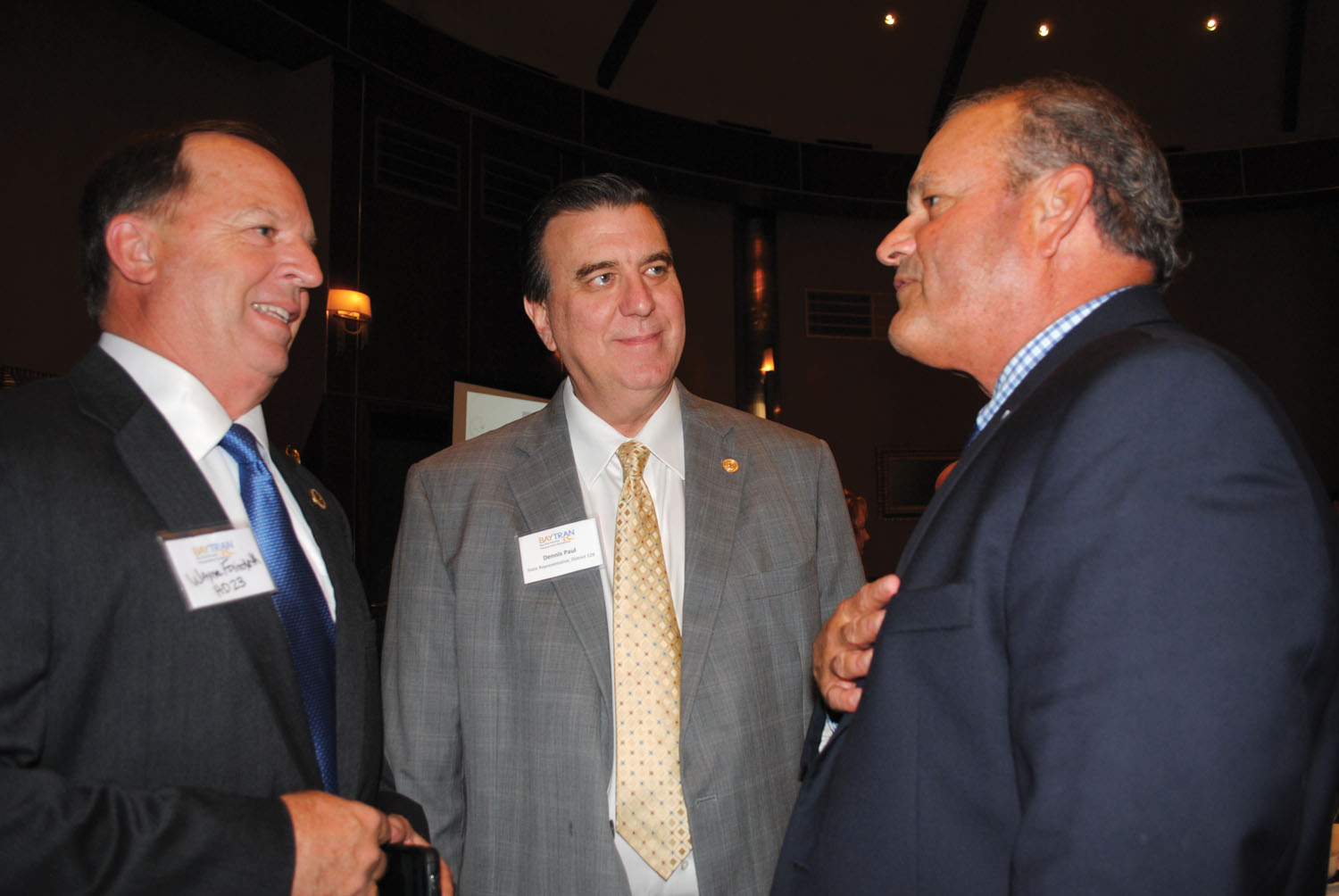