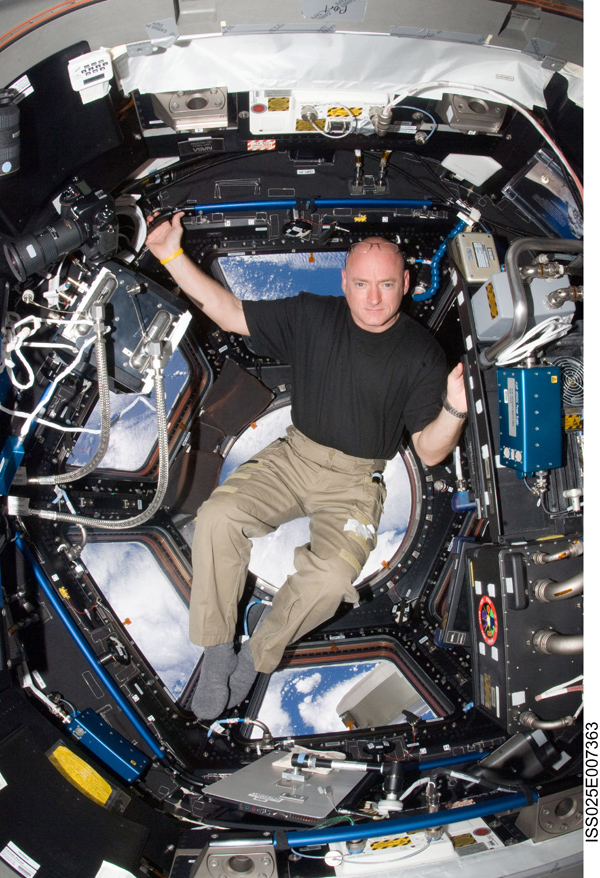 Two veteran spacefarers — Scott Kelly  and Mikhail Kornienko — have been selected by NASA, the Russian Federal Space Agency (Roscosmos), and their international partners for a one-year mission aboard the International Space Station in 2015.

This mission will include collecting scientific data important to future human exploration of our solar system.

The goal of their yearlong expedition aboard the orbiting laboratory is to understand better how the human body reacts and adapts to the harsh environment of space. Data from the 12-month expedition will help inform current assessments of crew performance and health and will determine better and validate countermeasures to reduce the risks associated with future exploration as NASA plans for missions around the moon, an asteroid and ultimately Mars.

“Congratulations to Scott and Mikhail on their selection for this important mission,” said William Gerstenmaier, associate administrator for Human Exploration and Operations at NASA Headquarters in Washington. “Their skills and previous experience aboard the space station align with the mission’s requirements. The one-year increment will expand the bounds of how we live and work in space and will increase our knowledge regarding the effects of microgravity on humans as we prepare for future missions beyond low-Earth orbit.”

“Selection of the candidate for the one year mission was thorough and difficult due to the number of suitable candidates from the Cosmonaut corps,” said head of Russian Federal Space Agency, Vladimir Popovkin.  “We have chosen the most responsible, skilled and enthusiastic crew members to expand space exploration, and we have full confidence in them.”

Kelly, a captain in the U.S. Navy, is from Orange, N.J. He has degrees from the State University of New York Maritime College and the University of Tennessee, Knoxville. He served as a pilot on space shuttle mission STS-103 in 1999, commander on STS-118 in 2007, flight engineer on the International Space Station Expedition 25 in 2010 and commander of Expedition 26 in 2011. Kelly has logged more than 180 days in space.

Kornienko is from the Syzran, Kuibyshev region of Russia. He is a former paratrooper officer and graduated from the Moscow Aviation Institute as a specialist in airborne systems. He has worked in the space industry since 1986 when he worked at Rocket and Space Corporation-Energia as a spacewalk handbook specialist. He was selected as an Energia test cosmonaut candidate in 1998 and trained as an International Space Station Expedition 8 backup crew member. Kornienko served as a flight engineer on the station’s Expedition 23/24 crews in 2010 and has logged more than 176 days in space.

During the 12 years of permanent human presence aboard the International Space Station, scientists and researchers have gained valuable, and often surprising, data on the effects of microgravity on bone density, muscle mass, strength, vision and other aspects of human physiology. This yearlong stay will allow for greater analysis of these effects and trends.

Kelly and Kornienko will begin a two-year training program in the United States, Russia and other partner nations starting early next year.