They took time to remember 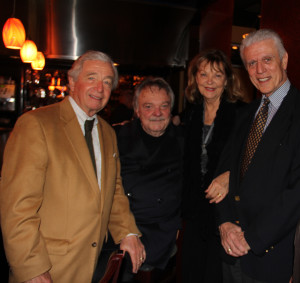 FOLKS ARE STILL talking about “Take Time to Dance,” the wonderful tribute to the late Lynette Mason Gregg, who added so much to the cultural life of the Bay Area with the addition of her Royal Academy of Fine Arts and the Bay Area Houston Ballet & Theatre.

She not only touched the lives of many dancers, she actually changed the face of the arts in the area. The retrospective tribute performance of dance featured a wide variety of favorite pieces from BAHBT’s history, as well as new pieces choreographed in her honor.

After the Saturday evening performance, many, including Lynette’s daughter, Vanessa Handrick Garner, gathered at Tommy’s for the Encore! Reception, which included the presentation of the Jete’ Society Award to sisters, Allison and Laura Henning, who had roles in the weekend tribute and were selected by Lynette for the award before her death. 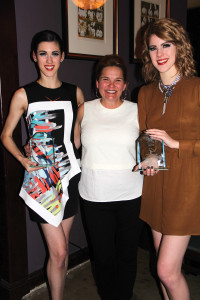 Vanessa Handrick Garner, center, is happy to see Jete’ Award winners, Laura, left, and Alison Henning, as they arrive at the party at Tommy’s after performing in the Tribute to Handrick’s mother, the late Lynette Mason Gregg.

WHILE EASTER is a religious holiday, it is also a time for dressing up our little children and sending them off on Easter egg hunts after church.

One that has become a tradition in League City is hosted each year by Jack and Margaret Ploss along with their son and daughter-in-law, Greg and Pam Ploss, for their Creekside Estates neighbors.

Among the dozens enjoying the always fun event we spotted Sadye and Sam Meineke and their family laughing as children skipped about looking for eggs and giving the Easter Bunny a big hug. 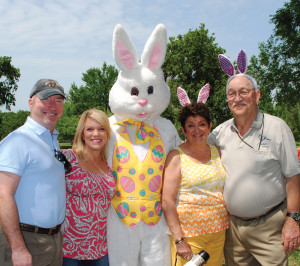 Jack and Margaret Ploss, right, Creekside Estates Easter Egg Hunt hosts, and their son and daughter-in-law, Greg and Pam Ploss, are pleased with both the weather and the crowd turnout for their annual event.

Assistance League has The Right Stuff

AFTER MANY long hours of work helping our community, Assistance League members headed to Space Center Houston April 11 to celebrate another successful year at The Right Stuff Gala.

And, celebrate they did with most everyone having a great time at the always-fun event.

Judge Holly Williamson and her husband, Dr. Danny Williamson were in the crowd, as were Ron, Barbara and Erin Weitenhagen, Jim and Jane Sweeney, Terri and Michael Divine, Eric and Susan Buschhorn, Matthew and Lori Johnson and Rich and Patty Lewis. 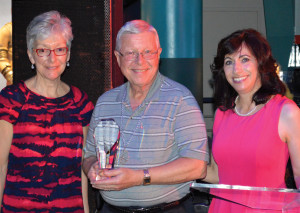 John and Becky Gay had Mike and Kathy Reeves, Pam and Peter and Pam Culpepper Cronk, Diane and Deed Vest and Angie and Matthew Weinman as their dinner partners while Drs. John Nassar, Henry Muniz and Howard Dillard and their wives, Badiha, Joy and Sharon, sat with Annette Dwyer Monks and her daughter, Demerie, and George Rahbany and Sharon Michaels. 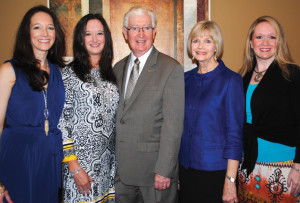 Dr. John Jennings, 65th president of the American Congress of Obstetricians and Gynecologists, with his wife, Sue Ellen, and their daughters, Allison Poston and Amy Kershner, from left, and Beth McDaniel, right, arrives at Bay Oaks Country Club to address the Women’s Association.

Some of the others in the partying crowd were Richard and Traci Dvorak, Richard and Jennifer Simmons, Stan and Cindy Senger Lewis, Curt and Vicki Tallman, Jennie Hampton, Drs. Gerry and Cindy Castille, Jeff and Ronda Wegman, Gary and Sally Wigginton, Donna James and Marie and Mike Keener, to name a few.

FRIENDSWOOD’S Mariglyn and Stephen Glenn and former Clear Lake residents Jo Lynn and Gregg Falgout, who now live in Houston, have been named to the Host Committee for the 2015 Houston Symphony Ball, coming up May 2 . . . .Second Chance Pets will host its Furry & Fabulous Soiree Oct. 15 at DiAmici Upscale Events, 2300 NASA Parkway in Seabrook, from 6:30 to 9:30 p.m. and will include dinner, silent and live auctions and complimentary valet parking. Tickets go on sale July 15 with a discounted price of $50 per seat until Aug. 31. . . .