The Measure of Riches 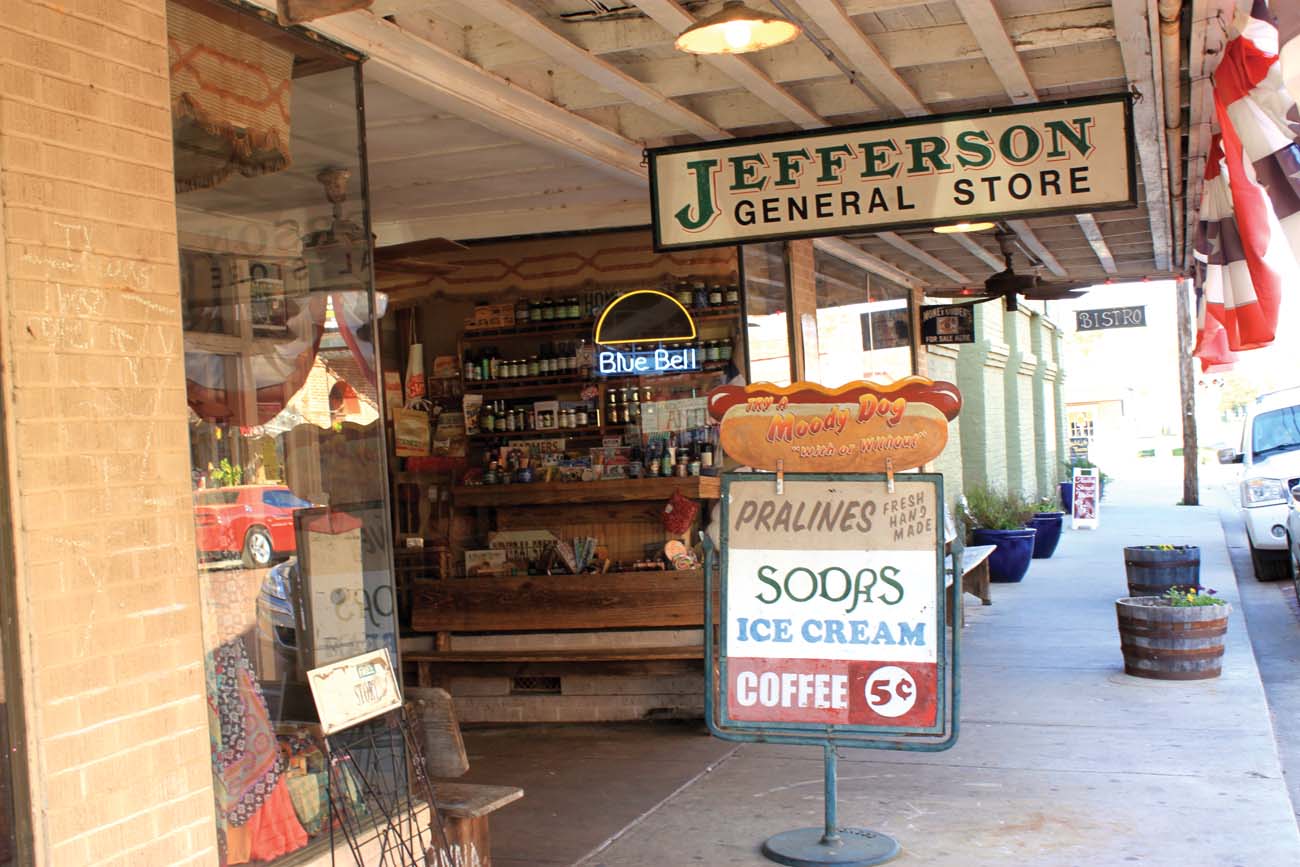 We are a time-poor society.   It wasn’t always this way.  In fact, many of us are old enough to remember a time when we were much more prosperous in this regard.  But I’m afraid those days are gone.

We were staying at a great little B&B in Jefferson.  It was spring break and we planned on exploring Caddo Lake.  Jefferson is one of two or three towns with good lodging options in the area and I had heard they had a Carnegie Library, something I’ve always wanted to see, so there was no question this would be our “base camp.”

The first morning, we set out for the lake only to find that all the roads into the area were closed due to flooding.  When we got back to the B&B, we called our outfitter, then the tour boat company and the train depot to check on trips we had scheduled for later in the week.  They all gave us the same answer—Caddo Lake is closed for the next few weeks.

So with four days on my hands and a now empty schedule, I decided to just hang out.  I spent the first morning at the library.  Then in the afternoon, my wife delivered me to husband daycare (in this case, a wine bar called The Corkyard) while she did the “shop till you drop” thing.

Normally, this works out fine for both of us, but on this rainy day, for some reason, I wasn’t enjoying it.  I was getting antsy sitting there and in the process of fidgeting in my seat I happened to notice an ancient-looking store across the street called the Jefferson General Store.  There was a sign in the window saying “Root Beer on Draft.”  I knew where I had to go.
I walked across the street and immediately entered a time warp.  Directly in front of me as I entered was a huge, candy counter with all the treats I enjoyed as a kid—circus peanuts, Neccos, those little wax bottles with a Kool-Aid-type liquid in them, and even the paper straws filled with Kool-Aid powder and sugar.  The selection was enormous and most of the items I hadn’t seen in nearly 50 years.

I took a long time exploring the rest of the store and the vast variety of old timey things they had.  I bought a jar of mayhaw jelly, a book about the town and some pickled garlic.  Then, onto the main event—I took a seat at the lunch counter.  It was the same as the one I remember from my childhood in Indiana.  I ordered a root beer from the large wooden barrel and the day’s special, a chili dog for 50 cents.

All those years ago, my mother, an aunt, and in some cases my father, always seemed to have time to take me to places like this—or to a park or playground.  It was a part of our everyday life.  And then I thought about how today; no one has time for this.  How did we get from there to here?  It may sound strange, but I believe the cause of these changes is the introduction of labor-saving devices.  Let me start with life as I remember it as a child in the 1950s.

We lived in a “poor” neighborhood but we always had kids to play with and our moms were always home if we needed anything.  Often we’d stop for lunch at a neighbor’s house because his mom was serving something that sounded better than what we could get at home.   Basically, our homes were interchangeable.  Since everyone knew everyone else, the moms would call each other and exchange information on the location and activities of their kids.  We would be disciplined by a neighbor mom just as quickly as by our own.  In fact, we even called many of the neighbors “aunt” and “uncle” even though we were not blood relations.

Our moms were home for two reasons.  First, they were there for us, but they also had a lot of work to do.  I remember my mom’s old ringer washer in the basement and the clotheslines both in the basement for winter, and in the backyard the rest of the year.  She washed dishes by hand and Dad pushed a non-motorized mower once a week.

But then things started to change.  It began when the first labor-saving device entered the picture.  In my house, that was a clothes washer, but the pattern was universal regardless of the first device.

When we bought that first machine, we had to pay for it.  No problem—Dad just worked a few more hours and eventually we were caught up again.  But those extra hours at work meant he had a bit less time at home.  To compensate, we bought a power lawn mower.  It saved Dad a bit of time and effort, but it had to be paid for.  So he worked a few extra hours.  But as he began working more hours (at least one overtime shift a week in my dad’s case) we needed more labor-saving devices.

All across America, it was not long before the inevitable happened.  We couldn’t keep saving time (buying more devices) on our fathers’ incomes alone.  The responsibility began falling to the women.  Let’s look at some data from the U.S. Bureau of Labor Statistics (Report 1052).  In 1950, only 32 percent of women were in the workforce.  I think it is safe to assume these were mostly unmarried women or women with grown children.  By 1960, the number had risen to 35.5 percent.  In 1970 it was up to 40.8 percent and by 1980, 47.7 percent of women were in the workforce full-time. And that was just the beginning.  In 1990, the number was up to 54.3 percent and for the first time, more women were working than not.  In 2000, the number was 57.5 percent and rising.

With the women at work instead of in the neighborhood, several new costs arose.  First there were the inevitable child-care costs.  Soon after, safety became an issue.  Without the neighborhood moms at home, the kids lacked supervision.  There was a myriad of ways for them to get into trouble and eventually it was no longer prudent to let them roam outside the way we did as kids.  We had to keep them busy.  That meant non-stop after-school and weekend activities—with parents as chauffeurs.  Soon we even had to drive kids to and from school because it was no longer safe for them to walk or bike.  The result was we now needed even more labor-saving devices so moms could keep up with the chores at home in addition to working.  And the spiral continued.

What was the result?  Today we are all working 40, 50 and 60 hours a week, serving as chauffeurs in our off time and raising a generation of kids who think this pace of life is normal.

As I sat at the lunch counter at the Jefferson General Store, I found myself longing for those days long ago when we could go to the library for a couple of hours, then head to the playground or the “five and dime” for a root beer and a bit of our favorite candy.  It was fun—an adventure.  And we had a different adventure every day.

We may be richer dollar-wise today, and have a lot more “stuff” to show for it, but we have definitely become time-poor.  Which is more important?

5 Commentss to “The Measure of Riches”