THE MATHEMATICS OF DECISION MAKING 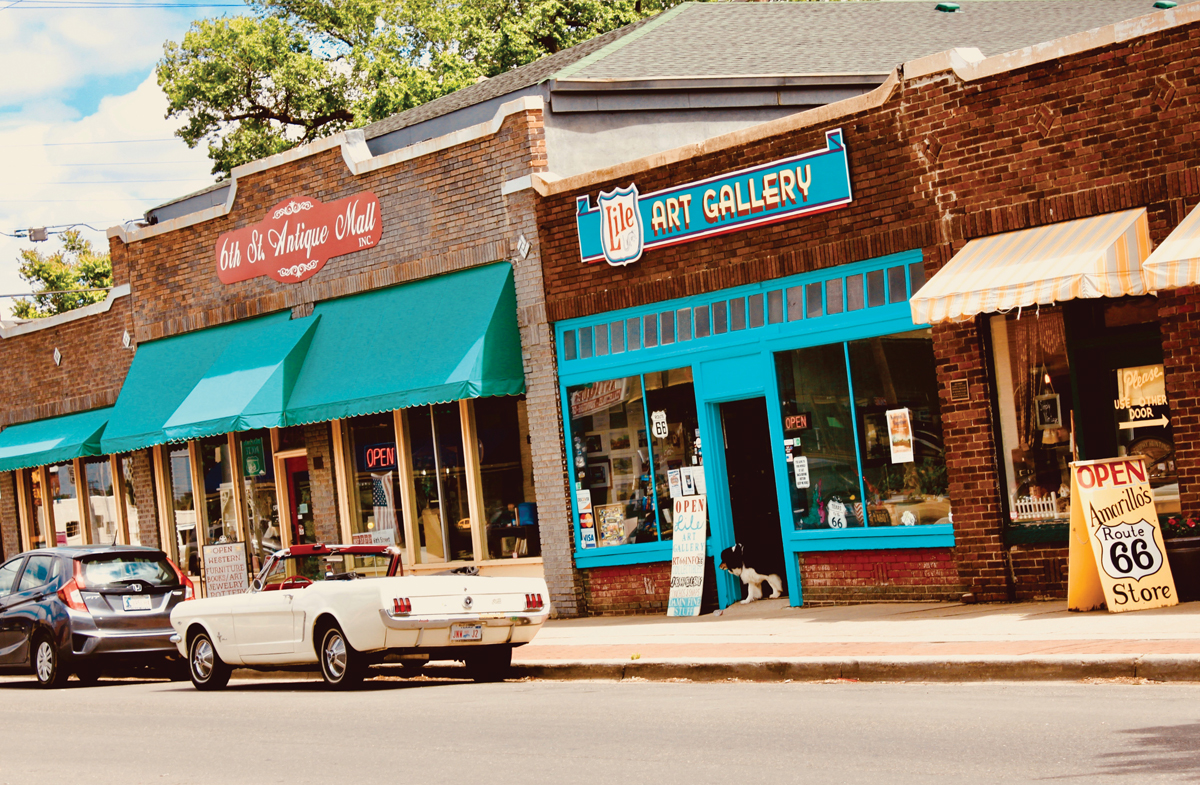 On a beautiful afternoon, we were driving along Route 66 through the Texas panhandle. As a kid, I grew up hearing about this magical road and watched the TV show every week with my mother. I wanted to be Buz Murdock. Growing up in a family that didn’t have a car and had to travel everywhere by city bus, Route 66 seemed like a fairyland to me. Some kids wanted to go to Disneyland. I wanted to cruise Route 66 in a big convertible. By the time I got out of high school, I had read Steinbeck’s Grapes of Wrath and Kerouac’s On the Road, so I had seen Route 66 from a variety of points of view and I was still fascinated.

Built in 1926, one of the original roads in the U.S. highway system, Route 66 was also called the “Will Rogers Highway,” or more commonly, the “Main Street of America.” While it was popular for decades, it eventually fell out of favor with a general public that was set on going through life as fast as possible—with no pauses in between. As a result, it was replaced by interstates and soon the Mother Road lost her appeal. In some places, it doesn’t even exist anymore. But when I finally got a chance to see a remnant of it, I jumped at the opportunity. They tell me Amarillo is the place where the old road is most like it was in the early ‘60s. So, on a Palo Duro Canyon adventure, we took a day and made a side trip to see this cultural icon.

It was indeed like going back 60 years. The shops and restaurants were proud of the fact that they remained basically unchanged since 1960. In some shops you are greeted at the door by a dog or two and in others you can sit on a round, rotating stool at a counter and have a phosphate or a root beer made right there on-site. All are proud of their place on this famous highway and promote it heavily.

Any time I am in an “old-timey” environment like the shops along the route, I find myself thinking about the changes I have seen over the decades. As a kid, I remember the milkman in my aunt’s town delivering from a horse-drawn wagon. I remember the Kennedy assassinations and fellow Purdue man Neil Armstrong landing on the moon. And I think I remember yesterday. I can’t help but be in awe of all the changes I have seen. But one thought I can’t escape is “What are the costs of all these changes?”

While all humans are capable of making decisions, clearly some of us are better at it than others. I think most of us have a pretty superficial method of calculating the cost of decisions we are making. Whether we realize it or not, it is impossible for the human mind to make a decision without a set of criteria we can use to measure the various options. The problem is, sometimes we don’t think about, much less articulate, what those criteria are. But even if we can’t articulate our criteria, they have to be there subconsciously, or we would never be able to make a decision. At the very least it comes down to a decision of “Does the coin land heads or tails?”

Let’s say I am looking for a new car. I don’t even have to think about it to know it needs to have off-road capabilities and a high ground clearance. That is in-bred in me. I use it to make the decision, even if I don’t think about it or even know it is there. But of course, a good criteria set needs to be more substantial than that.

Among other things, I also would like the car to be either black or silver. Is this criterium equal in importance to the off-road capabilities? No, and it is important to establish that up front. Color might be negotiable if I can’t really find the car I want, but off road and ground clearance are not. These non-negotiable ones are what we call “all-or-nothing” criteria. If an option doesn’t meet an all-or-nothing criterium, it is immediately removed from consideration. For instance, I absolutely have to have a convertible. If not, on the first nice day, I know I will have to take a chain saw to the roof. That is an all-or-nothing criterium.

So, some criteria carry more weight than others. Some are necessary, some are nice to have, and some are “Gee, in a perfect world it would have X.” People who are good at the math of decision making usually can articulate, and then weigh, their criteria.

My best friend’s son recently had a job offer from a company in Seattle for a substantial raise in pay. He is good with decision math and understood he needed to go beyond just the salary offer. He took time to compare the cost of living between Seattle and McKinney, Texas, where he now works. Suddenly the raise which looked enormous on first view, became much less impressive.

Many of us would stop there. But being good at the math of decisions, he took a look at some of the intangibles. This is where many of us go wrong. How do we quantify something that we may not even be able to clearly define? What value do you put on the fact that McKinney is thriving while Seattle is a dying city? Or, as was the case in his decision, what value do you put on being able to see the sun? For him, that turned out to be the final straw. It was comparing Texas to Hell. He turned down the job.

Measurement of the intangibles is the point where most of us find that our decision skills are not what they should be. Because we don’t know how to quantify these things, we find we can only react to them emotionally or, if they are really hard to quantify, we ignore them altogether. That is when we get into trouble.

That brings me back to the Mother Road and those U.S. Highway Department people back in the ‘60s. How good were they at decision math? It is obvious that they had in mind a criterium about moving traffic quickly and efficiently from one place to another and for the most part, with the interstate system, they succeeded in their goal. But did they ever consider articulating criteria for the intangibles? Did they think about the towns that would be wiped out? Far more important, did they think about the generations of travelers who would never be able to experience a mythic cross-country road trip along something like old Route 66?

I fear that until we get better at quantifying intangibles, we will continue making bad decisions and generations of Americans will lose out on valuable, and enjoyable experiences—all because we were bad at the mathematics of decision making. It is important that we be able to enjoy those experiences—even if we don’t remember them the next day.