The Decline of America’s Health and Nutrition 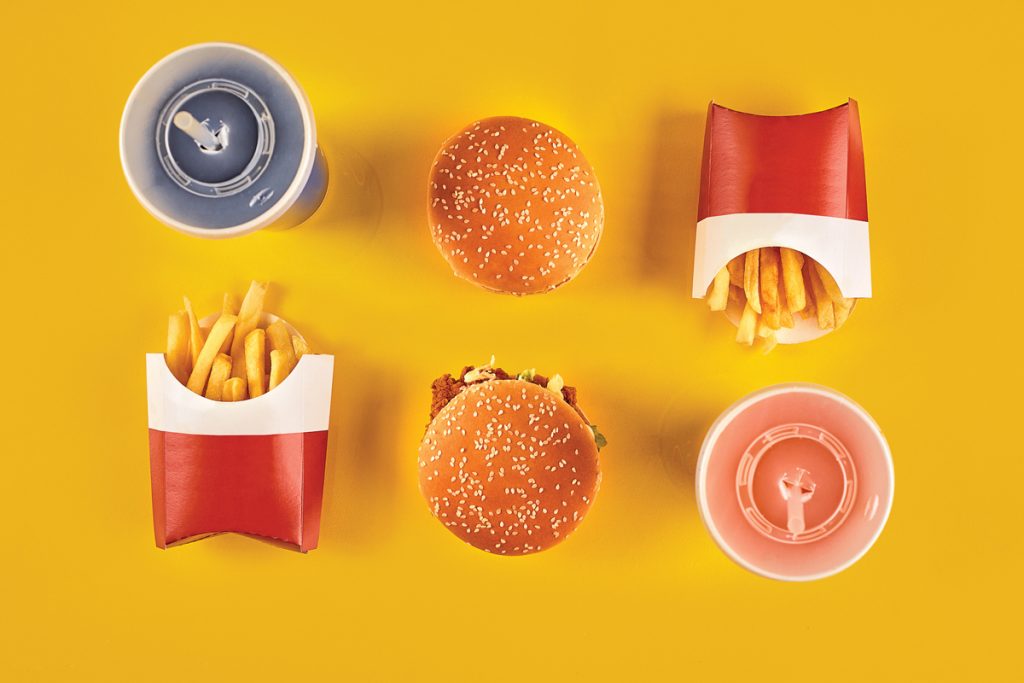 I received a Bachelor’s degree in Animal Science at Rutgers University. Afterwards, I researched animal law at the Superior Courts in Washington, D.C. These fundamental experiences inspired me to examine how belief systems, laws, and science influence food production.

We are inundated with fast food corporations and advertisements aimed to fix problems while creating them. A “happy meal” entices children to be brand loyal to a logo, while parents are lured by convenience and price. Nonetheless, kids are encouraged to eat addictive, unhealthy food in exchange for a gift and Americans suffer through relentless habit.

Healthy food is inaccessible and unaffordable to many communities while chronic disease is the leading cause of death and disability in America. The most common, and costly preventable health problems include heart disease, stroke, cancer, type 2 diabetes, obesity, and arthritis. According to the United Nations, over 800 million people suffer from undernourishment around the world. For the Dietary Guidelines of 2020-2025, we urge policymakers to make critical decisions in securing the future of nutritious food supply.

Unsustainable Agriculture
Food is an important part of identity to maintain physical, emotional and mental health. It is a creative tool to best represent a person’s heritage and to connect people, globally, culturally, and even spiritually. However, there is a widespread cognitive dissonance in our relationship with food and how it got to our plate. This is a result of mass marketing of ultra-processed foods that undermine traditional culture. The destructive power of large-scale animal agribusiness far exceeds any other technology on earth. The U.N. addresses meat as the “world’s most urgent problem.” Instead of carrying the past in front of us, we must look forward to improve food production, health, the environment, and a booming economy and ecosystem.

The Guidelines
Integrity is determined by individuals awareness of truth and the ability to innovate and lead with research-driven science. Branded labels guide consumers when making important nutritional choices. The USDA oversees Federal Dietary Guidelines as well as policy and promotion of meat and dairy products. They are also in charge of educational systems, nutritional programs and multi-billion dollar advertising campaigns. The Standard American Diet (SAD) promotes food that may make you ill, particularly to the young and the poor. The USDA supports the agricultural economy by partnering with large scale food corporations such as McDonald’s, Taco Bell, and Dominos, to develop heavy meat and dairy menus. Dietary Guidelines affect school lunch programs, nutrition for the military, food subsidies, food labels, SNAP (food stamps), and job growth.

Hunger and Disease
According to the USDA, models are emerging that view hunger as a health issue. The need for sustainable, nutritious food has skyrocketed. Imagine if the agriculture department existed mainly for land grants to local farmers and funding for agricultural research and education. Many doctors and scientists have recommended to limit meat and dairy for the future of food supply. This would reduce the catastrophic effects of industrial farming, from its vast emissions, water pollution, and disease. A change in dietary guidelines would allow opportunities for new markets to grow, give support to local organic farmers, increase global collaboration, improve access and affordability to healthy foods, and advance sustainable technology for food production.

A Giant Leaf Forward
A dedicated group of chefs, gardeners, researchers, culinary anthropologists, and nutritionists are developing an integrative plant-based menu for the 2030 Mars Mission. Space gardens will be essential to explore space beyond lower earth orbit. The veggie experiment at the International Space station grows plants in a lunar greenhouse with very little water and no soil. This could be used on earth as a large-scale hydroponic source of food. Space exploration brings out the best in people, improves life on earth, and inspires youth to get involved to make a difference in the world. The food choices we make directly affect the world around us. We are a part of a whole, interconnected system. For the upcoming Dietary Guidelines of 2020-2025, scientists, doctors, and policymakers will discuss the imminent changes needed to protect the health and welfare of our planet. The question is: “Where will the future take us?” The committee will conduct a review of evidence and conclude with a scientific report by early 2020.

The Facts, Effects of Agribusiness
80% of antibiotics sold in the U.S. are for livestock.

Less than 1% of U.S. farmland is organic. Livestock covers 45% of the earth’s total land and accounts for more worldwide greenhouse gas emissions than all of the transportation systems combined.

Animal agriculture is responsible to up to 91% of Amazon deforestation, 136 million rainforest acres have been cleared to grow feed and animals. Agribusiness is the leading cause of species extinction, deforestation, water pollution and habitat destruction.

Animal farms pollute waterways more than all other industrial sources and account for more than half of water used in the United States.

Over 95% of farm animals in the U.S. are raised in factory farms with minimal animal cruelty laws.

Livestock operations have created more than 500 nitrogen flooded dead zones in oceans around the world.

1/3 of the planet is desertified, with livestock as the leading driver.

This is known as the largest mass extinction on earth in the last 65 million years.

One Comment to “The Decline of America’s Health and Nutrition”