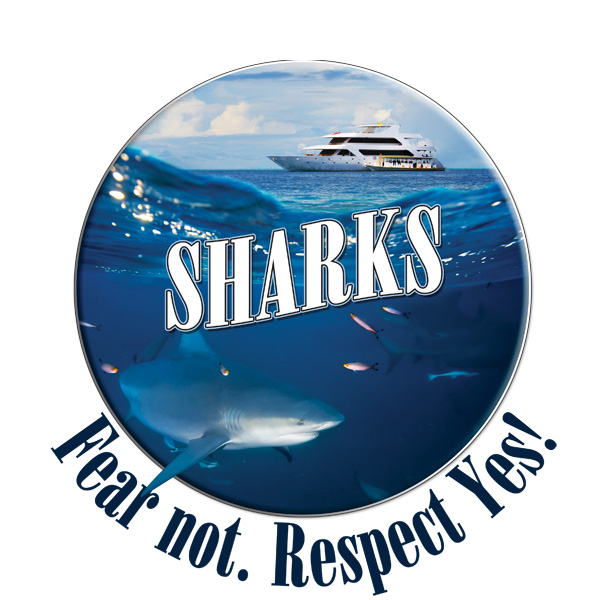 Swimmers along beaches in The Gulf of Mexico probably fear nothing more than the word “shark.” While many potentially harmful creatures swim in the same waters as humans, none get the attention that sharks command.

The movie “Jaws,” released close to 40 years ago, increased the awareness of sharks in ocean waters and probably did more harm to the specie than any other movie or documentary about creatures of the sea.

Following the release of the movie, shark hunting became popular, with the idea to rid the water of the dangerous and aggressive fish.  While shark tournaments have been around for decades, more and more cropped up following the movie.  At the same time, the demand for shark fins (used in Asian dishes) increased and, in no time, sharks appeared on the list of threatened species of fish.

Lots of misinformation has been spread about sharks and hopefully we can eliminate some misunderstandings and phobias about this graceful swimmer.

The ocean is a vast wilderness, home to thousands of awesome and wonderful creatures, and, when you visit the beach this summer, you are a guest in their environment. Like swimming in a swimming pool, you need to be aware of potential dangers and some precautions to ensure your safety.

However, the ocean is wild and other potential dangers exist there that do not exist in a swimming pool.  Those dangers include getting caught in a riptide, getting knocked over by a large wave, getting stung by a jellyfish, cutting a foot on a shell, or getting bitten by a shark.

The majority of ocean creatures are harmless to people, but some animals can and occasionally do injure humans. Usually, when an ocean animal hurts a human, it is a defense measure — like the jellyfish that stings or the crab that pinches — because the animal perceives the human as a threat. 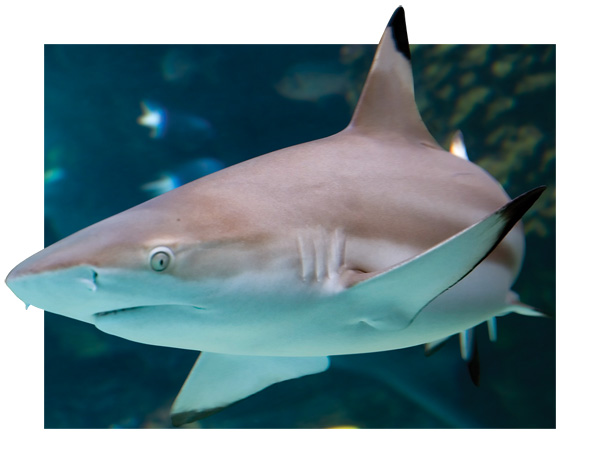 When a shark bites a human, it is usually a case of mistaken identity.  The shark thinks the human is a fish and takes a bite expecting to have dinner. When the shark realizes that the person is not a tasty fish, it lets go and swims away. This is why most shark “attacks” are hit-and-run incidents and often only result in cuts and bruises, which may require stitches but are not considered serious injuries.

But this is not always the case. Sometimes shark bites can cause serious injuries and can on rare occasions even be fatal. There are precautions you can take to reduce your risk of encountering a shark and reducing your risk of a shark attack. NOAA Fisheries encourages all beachgoers to “swim smart.”

Remember that when you swim in the ocean you are a guest in a wild habitat and you should respect that habitat and its creatures, much like you would if you were camping at Glacier National Park where wild grizzly bears live. And just like putting on sunscreen when swimming in a swimming pool and storing food wisely when camping in grizzly bear territory, taking precautions to ensure your health and safety in the ocean is the best way to enjoy your summer beach vacation

The last recorded fatal shark attack along the Texas Gulf Coast occurred in the 1930’s, over 70 years ago.  While one of the most aggressive sharks known to man, the bull shark, is common along the Texas coast, very few major attacks have occurred.

Recreational shark fishing today is a specialty among fishing guides and, up until recently, there were few restrictions on retaining sharks. Killing sharks and discarding them is now prohibited.  In fact if you are interested in catching a shark, the Texas Parks and Wildlife Department has imposed some tight regulations on the bag and size limits.  There are two categories of regulations, one called prohibited shark species and the other allowable shark species. Only one allowable shark per angler is the bag limit and the minimum size is 24 inches for Atlantic sharpnose, blacktip and bonnethead while all other allowable sharks have a 64-inch minimum size.

This is the first of two articles on this subject.  Next month we will address fishing for sharks around the Galveston Bay Complex.