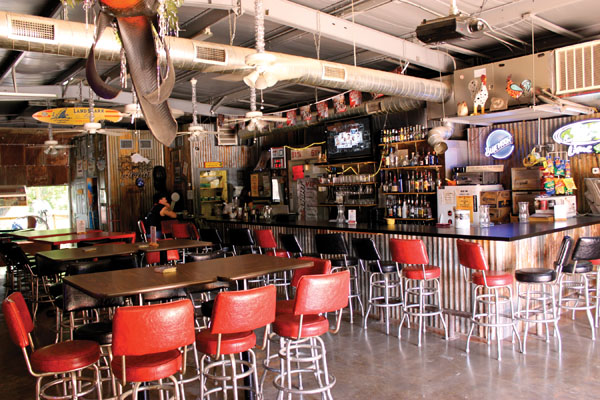 About four years ago, I spent a considerable amount of time in the small Hill Country town of Comfort.  I was working on a sabbatical project in which I collected all the artistic works of Hondo Crouch, the man who brought us Luckenbach.  That included music, plays, poems, prose writings and a movie.

One of the most difficult parts of the process was the collection of the hundreds of columns he wrote for the Comfort News between 1962 and 1976.   It required numerous days in the Comfort library poring over ancient microfilm versions of the newspaper and making copies of the column that appeared almost every week during that period.

I don’t know if you’ve ever spent much time working with microfilm, but it’s not a pleasant process.  The typical workday was 10 hours of changing reels of film; reading the dim, not-quite-in-focus images; and making copies.  After a few days like that, nothing seemed more appropriate than a few cold ones and some mindless conversation.

On my third day of work, one of the librarians told me about the Cocky Rooster, an icehouse located behind the old egg hatchery.  I had dinner on the highway and then found my way to the bar.  It turned out to be the perfect antidote for the crossed eyes and headaches that come from hours looking at muted, jumpy images on a screen.  It immediately became my nightly ritual.  It was on my second or third night there when he first took the stool next to me at the bar.  It wasn’t long before we started talking.

You know his type. George was a good old boy who had seen everything and been everywhere in the 80 plus years he’d been running around the earth.  I found that I could listen to his fascinating stories for hours on end—and I did.  We can learn so much about life from people like him.

He had retired from working on the railroad 15 years earlier.  Now he did a bit of gardening, raised a few sheep and spent his evenings at the icehouse.  And for several weeks that summer, he was my nighttime entertainment.

When I finally finished the collection phase of my project, my days in Comfort were at an end.  It wouldn’t be long before I’d realize how much I missed my evenings at the Rooster listening to his stories, solving the world’s problems and debating the meaning of life. 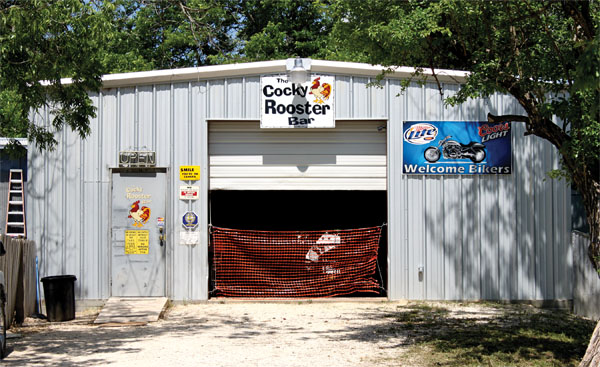 Last spring I returned to Comfort on a whim.  I was in nearby Welfare, Texas, and I found I just had to make a trip back to the icehouse for a visit.  I was surprised to find that several people there remembered me, including the bartender, who had my Corona in hand as I sat down.  We spent some time catching up on what had happened in the last four years.

She asked about my experience returning to face Hurricane Ike just a couple of weeks after I left.  She said several of the patrons were concerned about me when they saw it all on the news.   Then she told me about a whole list of people I came to know that summer.  When she got to the end, I was concerned.  She still hadn’t mentioned old George, so I asked.

I asked what was wrong.  She said, “He should be here in a few minutes.  I’ll let him tell you.”

She was right.  It wasn’t ten minutes later when he walked in the door.  He recognized me immediately and sat at the stool next to me.

I assumed he didn’t remember my name so I reminded him.

I could see the lumps in his neck that told me what was wrong, but he seemed unfazed by it and didn’t bring it up.  Neither did I.  Instead, we picked up the conversation right where we left off four years earlier.  The world’s problems still needed to be solved, we hadn’t established the definitive answer to the question of the meaning of life, and frankly, I just wanted to hear some more of his stories.

We talked into the night.  He told me he sold the last of his sheep a few months ago and the only things he grows now are flowers.  He said with the abundance of rain this spring, they were magnificent.

Sometimes you hear people retell the same stories over and over.  He never did that.  On this night he told me about things that happened since we last talked and about things that happened in the 1940s.  It was all new stuff to me.  There were no recycled stories from four years earlier and every bit of it was fascinating.  He had had some truly memorable experiences.  I was most jealous of the one day in the early 1970s when he spent several hours with Hondo Crouch, drinking and talking about the state of the world.

I tend to be an afternoon bar patron and am almost always home by 5 o’ clock.  I leave the evenings to the professionals.  But this night I stayed till last call.  As it came time to leave, I started feeling really sad, almost morose.  I knew I’d never see him again.

We ordered our final beers at last call and then nursed them for more than an hour as the bartender cleaned and mopped around us.   She made no move to hurry us out.  But when the cleanup work was finished and the chairs were stacked on the tables, it was obvious we needed to be moving on.

I told him it was great to see him again.  He replied that it had been a truly magnificent day—one for the memories, and he wanted to thank me for that.

A bit embarrassed, I pointed out that it was just a pretty regular day in his life, lived on his regular schedule.

He just smiled and said, “Son, never underestimate the power and beauty of an ordinary day.”