Texas Meditations – The Last of My Line 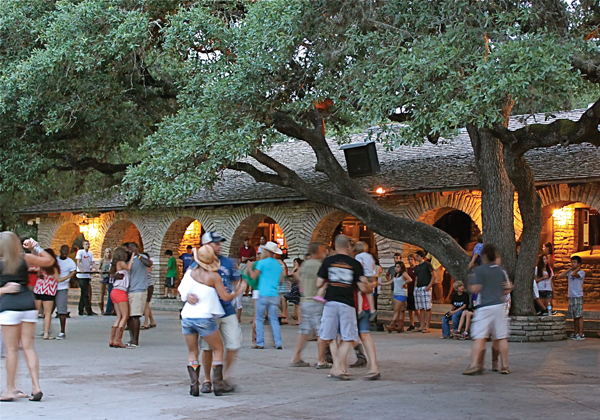 My line ends with me. I can’t even begin to explain how it feels.  It’s sort of like the Indy 500.  If you haven’t stood there and watched a car go down that 5/8 of a mile straightaway at 230 miles per hour and then gracefully make a left turn, there is nothing in your brain that allows you to imagine what it looks like.  You can’t get it from TV; you have to see it in person.  Since your line probably continues, you won’t understand how this feels either…or will you?

I was late to discover Garner State Park in Concan.  At the start of each semester I ask my writing students to do a brief, in-class essay about a place that is important to them—not for a grade, just so I can see how they write.  Every semester about a half dozen choose to write about Garner.  They tell me about their annual family trips there and how each year something new and different, but always exciting, happens.  They talk about meeting new friends, falling in love and then being broken-hearted when it is time to part.  They even share intimate details, some of them in a clever way.  I’ll never forget the young man who wrote, “Finally, I disposed of my virginity.  Finally!”

After hearing comments like this for 15 years, I decided to go see Garner for myself.  I tried unsuccessfully to go on two occasions.  The first time was during Mayor Bill White’s Hurricane Rita debacle.  A whole lot of people in the Bay Area did the same thing I did—headed west before the government tried to evacuate Houston and made us go north, directly into the likely path of the hurricane.  My running buddy, a 100 pound Labrador retriever, and I had a motel room in Leakey and we just wanted to spend a day of play at the park while we waited out the storm.  But the place was so swamped by Rita Runners wanting to camp that they closed it to new arrivals altogether before we got there.

My second attempt was spring break in 2009.  On this occasion, the cars waiting in line for campsites stretched all the way to Highway 83.  The sheriff wouldn’t let us stand in line and wait on a road with hills, a blind curve and a 70 mile per hour speed limit; he made us move on.

Finally, on my third attempt, I got in, and I’ve had no trouble since.  I always go on a Tuesday so I can pick up lunch at Chicken Earl’s in Leakey (he’s only open on Tuesdays) and then picnic on the river.  Sometimes we stay late and take in the dance.

I was sitting on the wall at the pavillion during the evening dance.  Next to me was a family with three kids who looked to range from about age 4 to 11.  The kids took turns dancing with Mom and with each other while Dad and I talked.  He told me they were the fourth generation of his family to spend their summer vacations at Garner.  He was sure they’d like it more and more as they got older, just like he did as a kid.  He was even more certain that when they grew up they would continue the tradition with his grandkids.

He was describing an experience I will never know since I am the last of my line.  My dad was the only one in his family to marry.  I had a brother, but he died young.  I have no kids.  When I die, my family name dies with me.  It is not a good feeling.  It’s like I have let down the hundreds of generations that came before me.

As individuals, we do have certain responsibilities.  For us men, perhaps our main duty is to pass on the family name.  By society’s standards, I have shirked my responsibility—I have failed miserably.  It’s funny.  When you are young and single, you expend great effort and considerable money trying to avoid procreation.  It is almost an obsession.  Then, a few years go by and suddenly you think, “Oops!  Have I forgotten something important?”

For many of us, our main contribution to the world is our progeny.  One reason for wanting to pass on the family name is that some day, one of my descendants just might do something great for mankind. But by not having kids, I have eliminated that possibility.  For a long time I felt guilty about that—about being irresponsible.  Now I’m beginning to look at it in a different way.

Don’t get me wrong—viewing our kids as our main contribution to mankind could conceivably work out for some of us.  It did for the parents of great artists like Frank Lloyd Wright and Ernest Hemingway.  But realistically, how often does that happen?  And what about the parents of a mass murderer?  I’m sure they wouldn’t be so proud of their contribution to society.

I’m starting to think that I may not have been so lax in my duties after all— and that maybe the truly irresponsible position is the belief that our most important contribution is to have children.  We are all here to make our own individual mark on the world.  If our major accomplishment is merely to have procreated, haven’t we simply passed our responsibility on to the next, or subsequent, generations?

Today I see my situation not as a screw-up on my part, or even as a problem.  Rather, I see it as a gift.  I don’t have the option to take the easy way out.  I have no children to continue the family line until someone in it achieves greatness.  That leaves me with the responsibility to act—to do something with my life now.  I hope what I leave behind will be memorable and important, but whether it is or not, it’s clear it is up to me to do something.  I can’t pass that responsibility on to future generations.  When I removed the fallback position of “my kids or grandkids might do something great,” I am left with only one option—to get moving and do it myself.

When you think about it, aren’t we all in this same position?  Don’t we all have this same responsibility? While the family name might live on through our children, there will never be another me—or another you. In that sense, each and every one of us is the last of his line.  And we have responsibilities.

4 Commentss to “Texas Meditations – The Last of My Line”