Texas Meditations – How Quickly We Forget 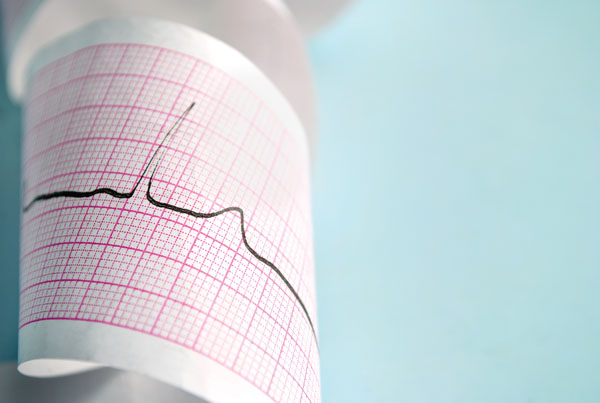 Looking back now, it is really funny —a comedy of errors you might say.  But it wasn’t funny at the time.  It was the most terrifying week of my life.

It was early March about ten years ago and I was really looking forward to spring break and a trip to Hill Country.  But I had one more thing on my schedule that I had to do before the fun started—my annual physical.

We went through all the tests and then just as we were finishing up, the doctor asked the usual question: “Any problems or complaints?”  I told her I had been feeling a bit tired, but that was always the case this time of semester.  Oh, and then, sometimes I would find myself breathing more heavily than normal after a relatively effortless activity.

“Well, let’s run a quick EKG just to be safe.  It will only take a few minutes.”

I was sent to a room down the hall where a tech put grease and electrodes on my chest and ran the test.  When it was over, she handed me the printout tape and told me to take it back to the doctor.

I did, and then the doctor asked me the strangest question I’d ever heard in a medical office.  “Can I see your car keys?”  I gave them to her and then she told me the news.  “There is a problem with your EKG.  You’re going to the hospital now.  You can have someone come and drive you or I can send you in an ambulance.  You are not driving yourself.”  That was not the way I wanted to start my long awaited spring break.

I got that ride, and with the EKG printout in hand, I checked into St. Luke’s in the Medical Center.  It wasn’t long before I met the doctor who was assigned to my case.  He said he was an internist and he had talked to my doctor while I was getting checked in.  He said they were going to do a couple of quick tests right now.  He didn’t say what either was for.

I didn’t see him again until the next morning when he gave me the bad news.  “We think you have an infection in the pericardial sac, but we want to do one more test tomorrow to rule out any other possibilities.”  I asked what that meant for me.  He answered matter-of-factly, “a heart transplant.”  As a teen growing up in a very rough neighborhood, I had a couple of occasions when I thought I was about to die, but I was never as scared as I was at that moment.  Needless to say, I didn’t get a bit of sleep that night.The strange thing is, I felt just fine.  In fact, I stayed dressed in street clothes and spent the day sitting in a chair watching the early rounds of March Madness and walking the halls, heart monitor in hand.  It drove the nurses crazy but I told them pajamas and beds are for sick people.  I was just fine.

The next morning I spent what felt like four hours, but was probably 15 minutes, in an MRI.  Later that afternoon, the doctor came in to see me with the news.  I didn’t have the infection they had expected.  I asked if that ruled out the heart transplant.  He answered, “Yes, of course.”  By this point, I was less than impressed with his bedside manner.

So on my third day in the hospital, still in my street clothes, we set out on the trail of a new theory, blockages and the prospect of a coronary bypass surgery. New blood work and a stress test gave the doctor new concerns.  My heart rate came down too quickly after exercise and my cholesterol levels were surprisingly low.  None of this fit the new theory.  We had a long discussion about my lifestyle and he asked my age.  He said the long walks I took daily, along with bike rides over the Kemah bridge and back, might account for some of what he was seeing.  It finally occurred to me to ask what it was about my EKG that started all this concern in the first place.  He said one of the waves was inverted.  Of course, that meant nothing to me and he didn’t explain.

On the fourth day there was another round of tests and later another discussion.  He said he wanted to try just one more test, a repeat of the EKG.

So on the fifth day, they ran the EKG six times, the last two after repositioning two of the electrodes on my chest.  Then they sent me back to my room.

I had no sooner gotten there then a nurse walked in and told me to start getting my stuff gathered together; I was going home as soon as I talked to the doctor.  As you might expect, it took him nearly four hours to get to me, but it was worth the wait.  He had great news.

It seemed the technician at my GP’s office who did the initial EKG had placed the electrodes improperly.  My heart was fine.  “In so-so shape for a thirty-year old” he put it.  I was 53.  He said he was guessing the tiredness and breathing issues I was experiencing were symptoms of sleep apnea and he ordered a sleep study (it turned out he was spot-on). Then he shook my hand and said, “Have a nice life.”

As I was getting ready to leave, I took just a few minutes to really think about what I had been through in the last five days.  Mostly I remembered the terror and the feeling that I had wasted so much of my life on trivia.  But then I compared that to what I was feeling right then—not just relief, complete elation.  For the first time in the whole ordeal, I started to see just how terrific everyone I had dealt with at the hospital had been, from the nurses who accepted my obstinacy when I refused to change out of my street clothes, to the orderly who sang all the time while wheeling me from test to test.  I had lost my spring break, but I came away a different man.  I loved the world, I loved my life, and I knew that, from this moment on, things would never be the same for me.  I knew that I would forever cherish every moment of life and every person I met.  I would relish the beauty of the world around me—sight, smell and sound.

It didn’t last long.  Within a month, life was back to business as usual.  I was in a hurry to get things done, I cursed the traffic that slowed me down, and I spent more time on work and less on seeing what was all around me.  I stopped looking at the ducks and geese on the lake, I could no longer smell the honeysuckle and I quit getting up at dawn just to hear the birds doing their morning concert.  I had lost it all.

I have a friend who spent 13 months in Vietnam.  He told me about how, just a few days before he was scheduled to come home, his unit came under attack.  They were under fire for more than 30 hours.  He told me of how he prayed non-stop and swore to dedicate his life to doing God’s work if he could just survive this.

When the fighting finally subsided, he came home and began that new life he’d promised.  He had the best of intentions.  It lasted three months.

I’m convinced this is probably a universal phenomenon.  Intense emotions cannot last.  They very quickly pass, and we move on to life as usual.

That’s too bad.  I think we are lesser for the loss.

7 Commentss to “Texas Meditations – How Quickly We Forget”