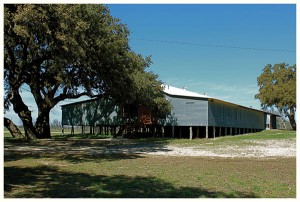 I learned to do the Texas two-step at the Quihi Gun Club.

It took me almost 20 years to do it.  I really have no excuse though; I had lots of opportunities.  In the nineties I had two different offers from students willing to teach me.  One occurred at a formal dance on campus, the other on a student trip to Kansas City.  I turned down the first because I knew the initial stages of learning to dance are always awkward and I didn’t want to embarrass myself in front of dozens of my students. I rejected the second because Missouri is no place to learn to two-step.

A few years later I had another offer at a small, private dance in West Texas, but it just didn’t seem right to learn something so important to Texas culture in the party room of an apartment complex.

I don’t know.  Maybe deep down, I didn’t really want to learn.  I generally try to avoid situations where I will embarrass myself and this definitely had that potential.

Whatever the reason, here I was going on 20 years a Texan and I still couldn’t do our national dance.

The situation grew critical when I began spending more time in Hill Country.  I found myself around dancing sometimes two and three times a week.  All I could do was sit and listen to the music.  I wasn’t happy about it, but it had become clear—it was time to learn to two-step.

There is an old Buddhist proverb that says, “When the student is ready, the teacher will come.”  And of course, she did.  When I accepted her offer, I was upfront with her.  I explained my concern about the potential for embarrassment.  She understood and formulated a plan.  She would teach me at her house.  There would be no one around and no reason to be embarrassed when I messed up.  Then, when I got more comfortable with it, we could take it to a small bar with a dance floor.  After a few nights’ practice there, I’d be good enough at it that we’d be able to go to even the big name places like Gruene Hall.

Her plan made sense to me, but I was still apprehensive.  I told her I’d think about it.  She renewed the offer at the next three times I saw her.  And still I put her off.

Ernest Hemingway often wrote that we should not speak to others about any truly life-changing experience we’ve had because the act of telling about it forces us to re-live the event in our minds.  The more times we tell it, the more times we re-live it.  Over time, that repetition drives the special to commonplace.  He called it “talking it away.”

I couldn’t agree more.  The truly important events in my life, and the effect they’ve had on me, remain mostly private.  As such, I have been able to keep them special.  But I’ve also stumbled, quite accidently, on another truth that Hemingway may have overlooked.  We can make any event more meaningful by making it happen in a special place.

I suppose brides have known this since time immemorial.  They try to choose spectacular places for weddings and honeymoons.  I think it is far more critical that we think this way about the other important events in our lives—events we will later understand as transcendent.  That was my thinking when I made the decision.

It’s not an understatement to say that, over the years, learning to two-step had taken on enormous significance to me.  In fact, it had gotten to be of monumental importance.  An event of that magnitude deserved a venue of equally mythical proportions.  I realized the only place I could take on this task was at the Quihi Gun Club.

Built in 1890 as the Quihi Schuetzen Verein (shooting club), the club was initially created to defend against Indian attacks.  It has been in continual existence since.  Today it is one of the oldest social clubs in the world. Tucked in between two creeks, the dance hall is built on stilts, the response to two previous buildings washing away in floods.

I first heard about the Quihi Gun Club in my second week in Texas.  Initially I had no idea where Quihi was, but the idea of combining dancing and a gun club seemed uniquely Texan and the notion was just romantic enough to capture my interest.  That was nearly 20 years ago and it only grew from there.  Over the years the very name Quihi Gun Club began to carry an almost mythical romance for me.  It had to happen there.

I told my teacher my plan. She looked at me as if questioning my sanity.  Quihi was the polar opposite of the private lessons we had discussed.

Walking in, I was immediately overwhelmed.  I had been to Gruene Hall, the Broken Spoke, even Billy Bob’s, but I’d never been to a place quite like this before.  The cavernous hall went on to forever.  It was beautifully rustic with tiny white lights near the stage.  The floor was enormous, and I’m told it is one of the finest in the world for dancing.  The place was packed and at any given time there were at least 100 people out dancing, sometimes many more than that.

I still had some reservations about this whole idea even as we chose our seats.  In truth, I was just plain scared.  My teacher had explained the dance steps to me and I thought I understood, but I’d never tried it and I wasn’t sure how the steps fit the music.  I would have to learn that out on the floor.

I watched for a few dances just to see what others were doing and I was thankful for the huge crowd.  I figured it would allow me to disappear in that mass of humanity.  Maybe this wasn’t going to be so bad after all.

When I finally got up the nerve to go out and give it a try I realized that I hadn’t taken into account the fact that, because of the size of the crowd, I would cause a major pile-up every time I lost the rhythm and had to stop, then start again.  And of course, that happened countless times.  Amazingly everyone seemed to understand, and once they regained control of their own movements, my victims moved on with no accusing looks at all.

It took several dances before I got beyond feeling like a pig on roller skates, but eventually I started to catch on.  I never got past the stiffness that intense concentration causes and the effort made me sweat, but I had a real sense of accomplishment when we were finally able to dance an entire song without stopping to regroup.  I never did become comfortable, but at least I could do it.