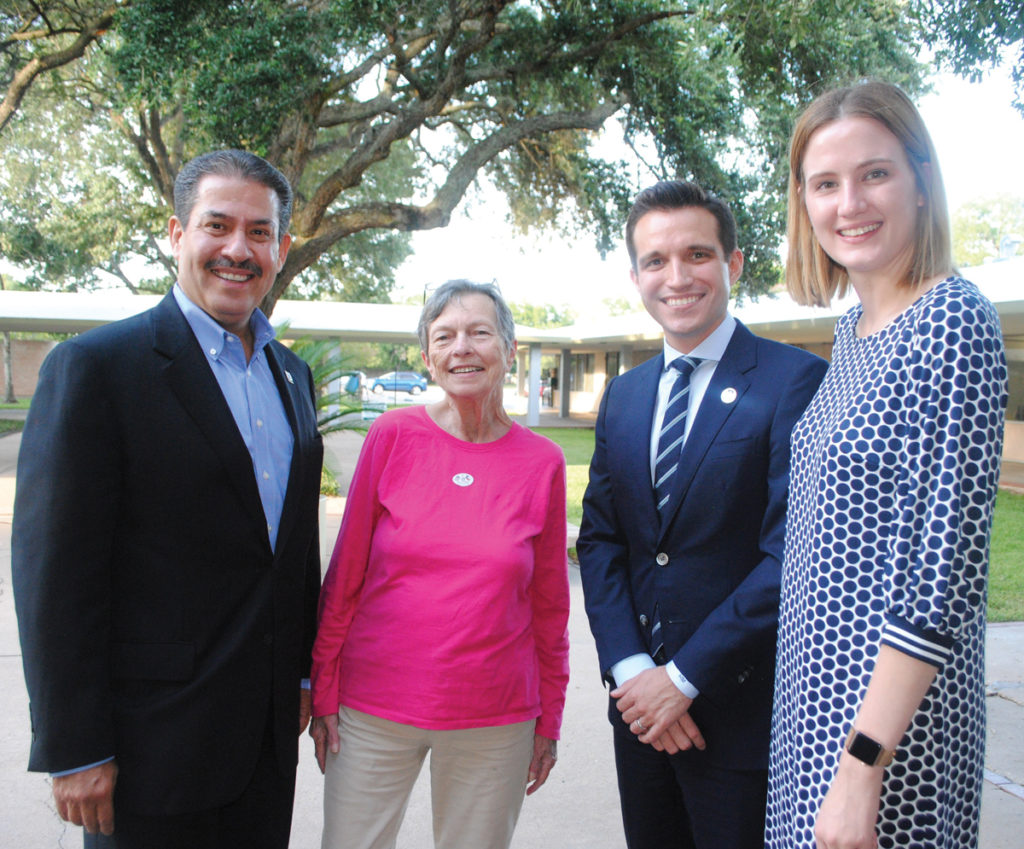 Adrian Garcia, former Harris County sheriff and a candidate for Harris County commissioner, Precinct 2, brought his campaign to Clear Lake in recent days, holding a town hall on flood control and then calling officials to put the brakes on a “proposed, massive, dangerous new petrochemical tank terminal at the entrance to Clear Lake.”

“I’m taking a stand against polluters who are making our families and children sick,” Garcia said. “It is reported that Hurricane Harvey’s biggest polluter, Magellan Midstream Tank Terminal in Galena Park, now wants to build a massive petrochemical tank terminal of 58 tanks at the edge of Clear Lake City on land that flooded Horsepen Bayou so badly a car was swept off Highway 3, drowning the driver during 2015’s May rain event,” Garcia, 57, continued. The land on which the company plans to put the crude oil tank farm is also near the Bay Knoll, Bay Glen and Sterling Knoll communities and in the path of the Ellington Airport runway. “Harris County needs to say NO,” he added.

Garcia, who is running against Harris County Commissioner Jack Morman, held the town hall at the Clear Lake City Recreation Center, talking to the crowd about doing more to protect Precinct 2 families from flooding. “The first step is to take politics out of flood protection,” he said.

Born in Houston to Maria and Ignacio Garcia on Dec. 26, 1960, he was the youngest of six children. In his youth, he helped out at his parents’ automotive shop fixing cars. He became a member of the Houston Police Department in 1980 and remained for 23 years before serving six years as a Houston city councilman, eventually becoming mayor pro-tem under former Mayor Bill White.

When he was elected Harris County sheriff in 2009, he became the first Latino to serve in the post with about 60 percent of the vote and head of the third largest sheriff’s county in the United States. He resigned during his second term as sheriff to run unsuccessfully for mayor.