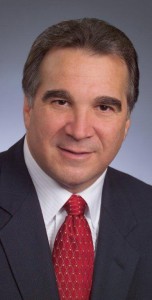 University of Houston-Clear Lake welcomes the community to come together to celebrate the accomplishments of its latest graduating class at the spring 2015 Commencement Sunday, May 17, noon and 5 p.m., at NRG Arena, One NRG Park in Houston.

Of the 1,241 graduates, 1,060 will be participating in the ceremony. Of these, 571 will be awarded degrees during the first ceremony and 489 in the second ceremony.

Longtime university friend Michael Landolt has been actively involved with the university community since earning his Bachelor of Science in Accounting from UH-Clear Lake in 1985. He has been previously honored by the university with the Distinguished Alumni Award, the President’s Cabinet Leadership Award, as well as being actively involved as a lifetime member and volunteer of the UH-Clear Lake Alumni Association. His talents and dedication has been recognized by other community organizations as well with Landolt receiving the 2005 Bay Area Turning Point Men & Women of Heart Award and the 2007 Boys & Girls Harbor Good Skipper Award.

The two have also supported several other university initiatives including the Model Arab League Student Organization and the Liberty Bell Project. His many community service activities include serving on the board of directors for the Clear Lake Emergency Management Corp., the Friends of Evelyn Meador Library and, currently, as chairman of the board and corporate sponsor for the Lunar Rendezvous Festival Inc.

After his graduation from UHCL in 1976, Robert Garcia led a successful and distinguished managerial career at Dow Chemical Company in Freeport, Texas, where he retired after 31 years of service in 1997. Since his retirement, he has worked daily to improve and boost the community through his work as executive director of Communities In Schools, a joint venture of CIS of Southeast Harris County, CIS of Brazoria County, North Pasadena Community Outreach, Alvin Family community center and 21st Community Learning Centers Afterschool Centers on Education. Under his leadership, CIS has become the largest CIS organization out of 27 other CIS organizations in Texas.

While serving in the U.S. Navy, Garcia completed two tours in Vietnam, receiving the Presidential Unit Citation and the Navy Unit Commendation. He has been named a Distinguished Alumnus of UHCL and Brazosport College, received the Unsung Hero award from Brazoria County in 2001 and was named a Lifetime Member of the Child Development Council of Brazoria County. He has been active in the community volunteering for such organizations as the Region 4 Education Service Center, San Jacinto Boy Scout Council Advisory Committee and Child Development Council of Brazoria County.

To begin the celebration, the UHCL Office of Alumni and Community Relations will host the Soaring Hawks Celebration Friday, May 15, 6–8 p.m., in the university’s Bayou Building, Atrium II, 2700 Bay Area Blvd. Graduates will enjoy music, raffles and a graduation photo booth to make the night a memorable one. Tickets for this event are free and will be mailed to each graduate. Extra tickets are provided free of charge in the Office of Alumni and Community Relations and the Office of Student Life through May 14, noon.