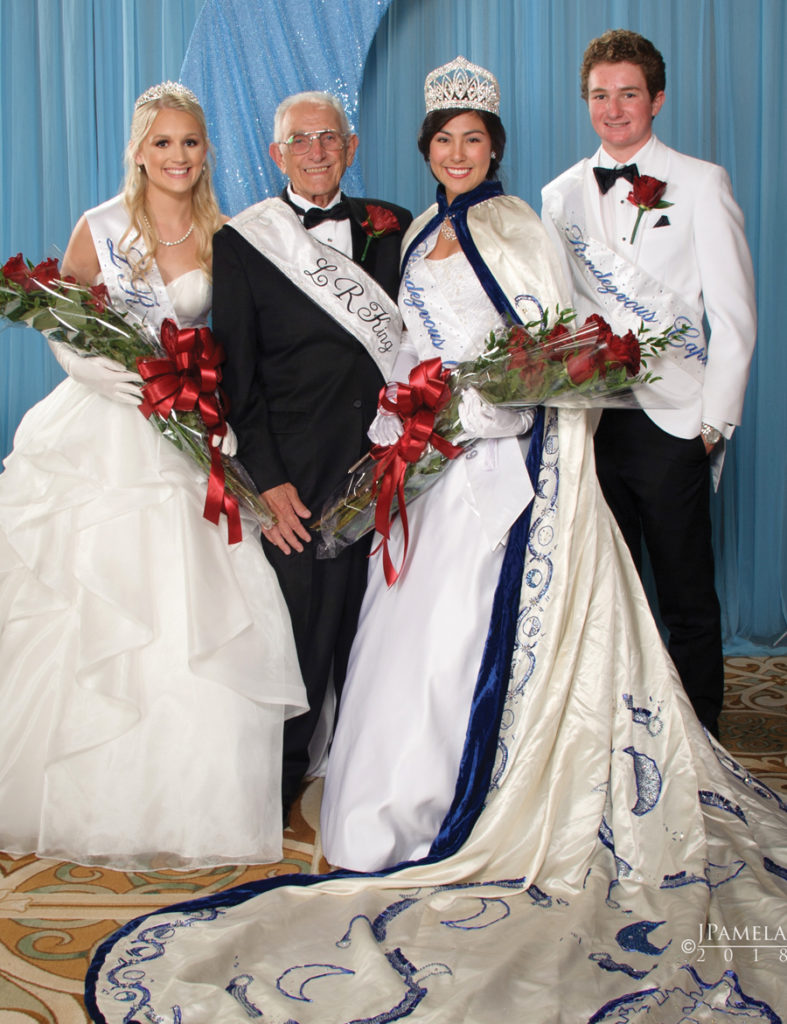 SABRINA ELIZABETH CURRAN, a pretty brunette senior at Clear Lake High School, is the new queen of the Lunar Rendezvous Festival. She was crowned by last year’s queen, Serina Weathers, during the festival finale, the Coronation Ball, at the San Luis Convention Center in Galveston.

The daughter of Georgette and Chris Curran of Clear Lake, she is president of the Latin Club and the Fellowship of Christian Athletes, plays the viola in the school orchestra and is captain of the tennis team and a four-year letterman at Lake. Her escort was Trey Dorman.

Skylar Jane Slattery, a senior at Clear Springs High and the daughter of Angela and Patrick Slattery was named queen alternate. She is an honor roll student and captain of her All-Star Cheer Team. Her escort was Joshua Barletta.

The new captain is John Wesley Dorman III, who goes by the name, Trey. He is the son of Catherine and Wes Dorman and is also a senior at Clear Lake High, where he is on the varsity baseball team, president of the Periwinkle Club, which supports children with cancer, and is a Superintendent’s Scholar. His escort was Sabrina Curran.

After she was crowned, Festival King Gene Hollier took the new queen on a stroll around the ballroom, which was decorated in deep tones of purple, blue, gold and teal to carry out the Arabian Nights theme, as they crowd roared its approval, after which they danced the first dance before receiving congratulations from Festival Chairman Jill Reason and her husband, Dan, and Emmerline Dodd, who also joined in the dancing with His Highness while the new queen danced with her dad. 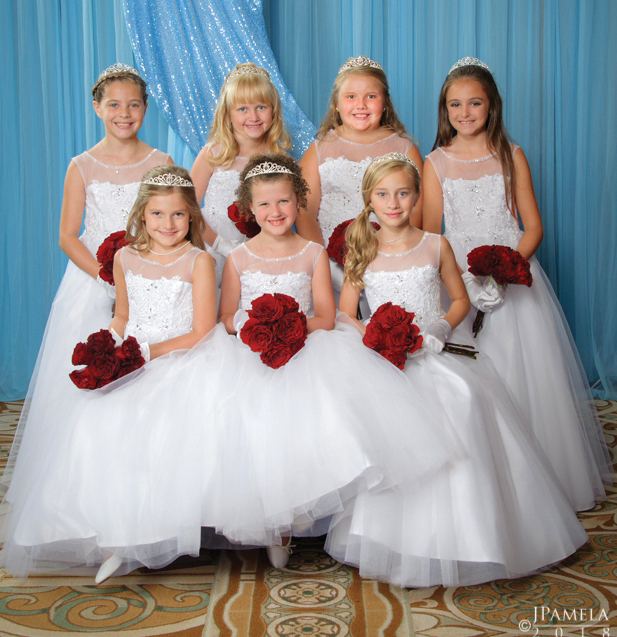 The coronation came after all the princesses, lieutenants and members of the Little Court and their escorts had been introduced by emcee, former astronaut and retired Col. Bill McArthur Jr., who has often served as emcee for the annual event. He and his wife, Cindy, wore big smiles as they saw their granddaughter, Vivienne May Dunne, introduced as a little lady in waiting.

Ball Chairman Michelle Holland and her husband, Doug, and Co-Chairman Debby Reichert, who came with Jerry Precise, were on hand to greet the arriving crowd that included a number of past festival luminaries such as Board Chairman Michael Landolt with his wife, Ann Wismer Landolt; Mike and Kathy Reeves, Mary and Dr. Terry Williams, Gloria and Tom Wong, Karen McCorkle, Joey and Kelli McCorkle Bryd, Annette Dwyer and Pat Monks, Kim Barker and Brett and Dr. Kimberly Weathers, parents of the 2018 queen.

Jill and Rick Lammers were in the crowd (Rick’s daughter Gisela da Silva Lammers was a member of this year’s Royal Court and Lunar’s first International princess — coming from Brazil) along with Dexter and Katie Jones and Jill Smitherman and her two daughters who are former Lunar Rendezvous queens – Dr. Emily Smitherman and Hannah Greshman.

Others you might have spotted were Matthew and Angie Weinman, whose granddaughter, Savannah Strickland, was a little lady in waiting, and Laura and Dr. Sam Sukkar, whose daughter, Allie, was also; Chuck and Barbara Dickey, Erin and Kevin Teichman and Terri and Todd Monette with their daughters, Tiffany, Victoria and Jessica Michelle. 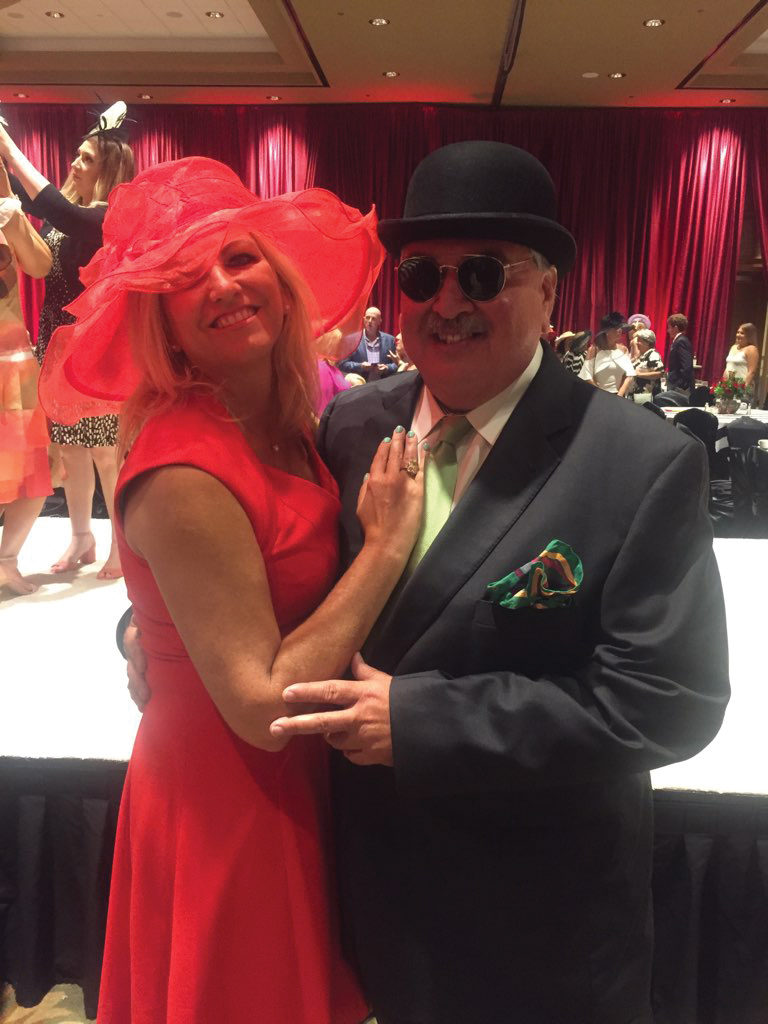 Fashion Show a classy event
THIS YEAR’S 53rd annual Lunar Rendezvous Fashion Show will probably be remembered as the classiest one of all.

Lovely ladies and beautiful hats everywhere you looked – a scene to rival the Kentucky Derby, which just happened to be the theme Co-Chairmen Terri Dodd and Lisa Roberts selected for this year’s big style show.

Held at the San Luis Convention Center overlooking the Gulf of Mexico, it drew a standing room only crowd that appeared to love every minute of it as fashion guru Lenny Matuszewski, a team of beautiful models, assisted by Bay Area Houston Ballet dancers – even a little horse! — showed off the latest in fashion from Dillard’s, The Clotheshorse and Adelaide’s Boutique, Jill’s Fashions and Bridals, Tina’s on the Strand, Casanova’s, Shoppe Girl, and Tootsies preceded by the presentation of the Royal Court.

Quite a show. We can hardly wait until next year! 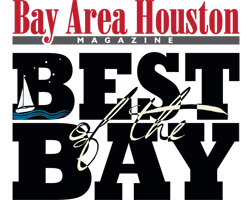 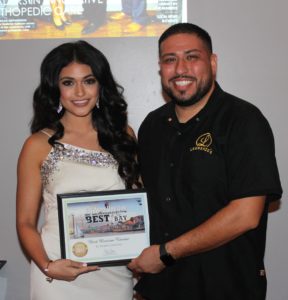 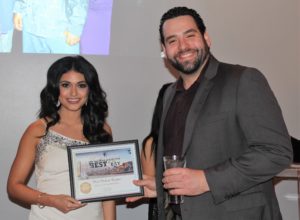 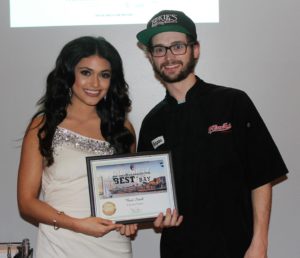 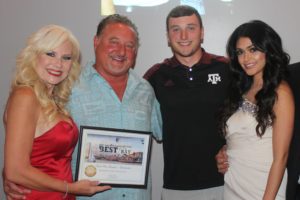 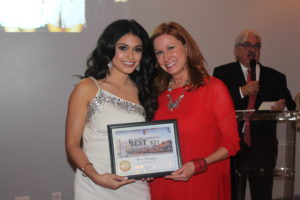 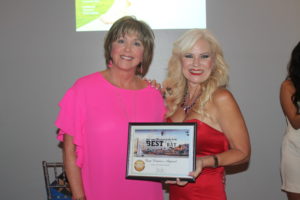 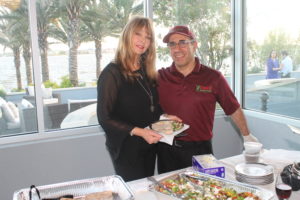 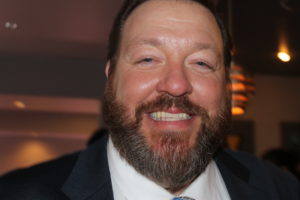 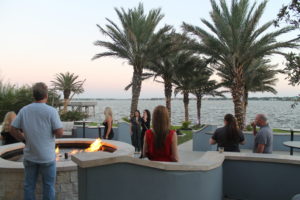 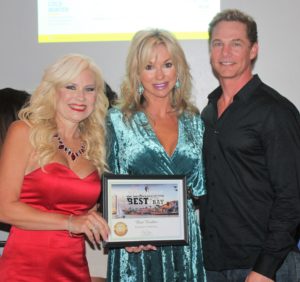 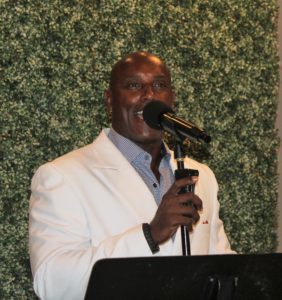 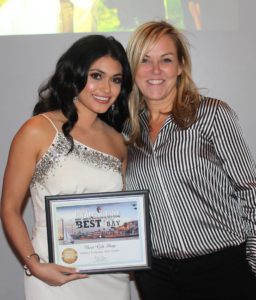