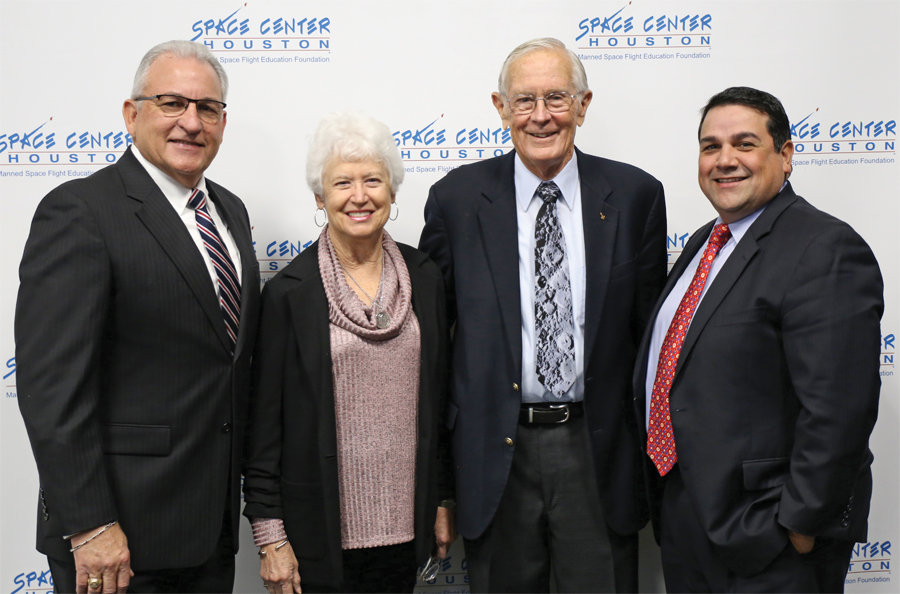 Apollo 16 astronaut and retired U.S. Air Force Brig. Gen. Charles Duke has been named the 2020 Texan of the Year by the Texas Legislative Conference, the well-known annual statewide policy and business forum that is marking its 54th year March 26-27, 2020.

Duke, the youngest man to ever walk on the moon, was one of 19 astronauts selected by NASA in April 1966. He served as CAPCOM for Apollo 11, becoming the voice of Mission Control heard by the world when he answered Neil Armstrong’s famous “the Eagle has landed.”

Duke served as lunar module pilot of Apollo 16, April 16-27, 1972. He was accompanied on the fifth manned lunar mission by John W. Young (spacecraft commander) and Thomas K. Mattingly II (command module pilot). Apollo 16 was the first scientific expedition to inspect, survey and sample materials and surface features in the Descartes region of the rugged lunar highlands. Duke is one of only 12 people who have walked on the moon.

A South Carolina native, but Texan by choice, Duke has called Texas home since 1975. He and his wife Dorothy have co-authored the book Moonwalker, published by Olson Nelson Publishers in 1990. A U.S. Naval Academy graduate, Duke served as fighter interceptor pilot with the 526th Fighter Interceptor Squadron at Ramstein Air Base. He received his master’s degree from the Massachusetts Institute of Technology.