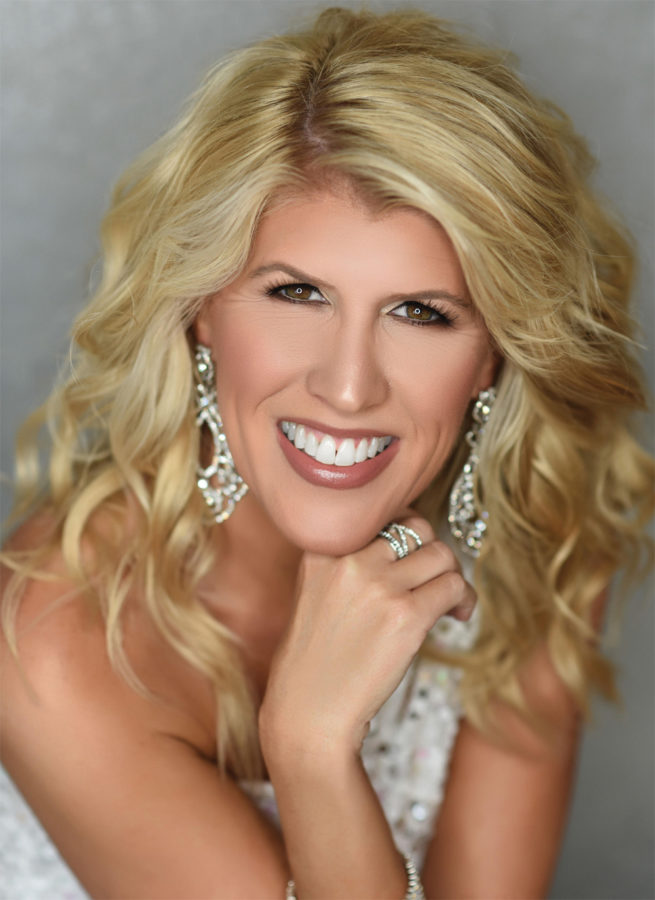 After competing in two recent pageants — the Mrs. Texas America Pageant and the Ms. Lone Star State Pageant, she came home with her first state title.

She said she competed in interview, fashion fun wear and evening gown to win the Ms. Lone Star State title. As for the Mrs. Texas America Pageant, she says, “I did not win . . . but it was a great experience! I made many new friends. Everyone was amazing and sweet. I won two awards – Marriage Longevity and the Ambassadors Award for most appearances. All my kids were able to come and support me as well! “

A committed volunteer and math interventionist at Clear Creek High School, she was chosen to compete for the title of Mrs. Texas America from a field of applicants received from throughout the area. Her commitment to family gives her a strong sense of giving back to one’s community through volunteerism, she says, and fund-raising activities were significant in her being chosen for the title of Mrs. Seabrook. “I love my community and want to support and promote it in any way possible,“ she adds.

She and her husband, Rob, a 24-year Army veteran and recent author (“Not Quite Home” by James B. Morgan) met at Texas A&M University and have two children, Michael and Katherine. In addition to being a committed wife, mother, grandmother, volunteer, and teacher, Susan says she also enjoys meeting new people, exercising, supporting veterans and supporting her community.