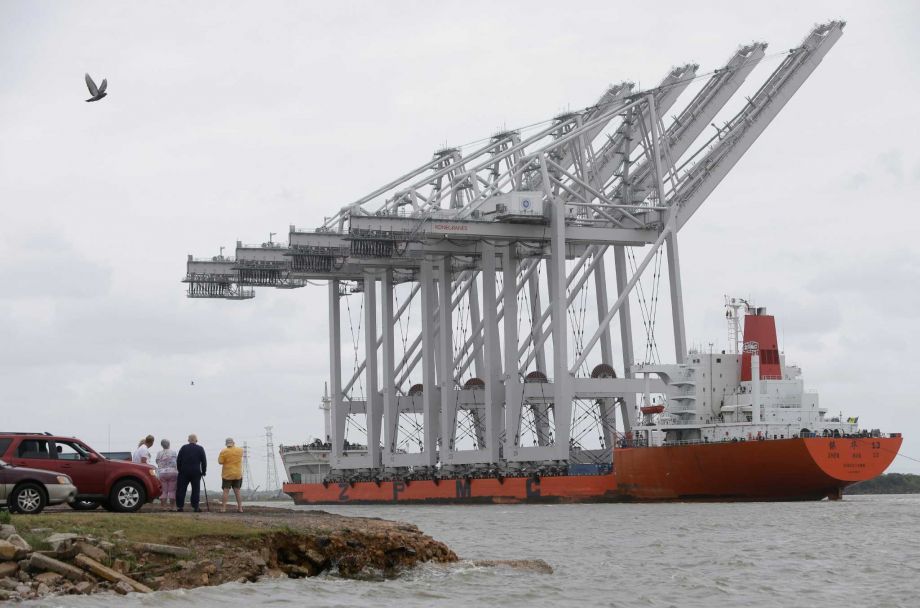 Four new Super Post-Panamax wharf cranes for the Port of Houston Authority’s Barbours Cut Container Terminal traveled up the Houston Ship Channel May 3 on the last leg of a 73-day journey.

The cranes, nearly 30 stories high, were manufactured by Konecranes in Mokpo, South Korea, and left for Houston Feb. 23.

These new electric Ship-To-Shore cranes can lift and lower a loaded container at twice the speed of the cranes currently in use at the Barbours Cut terminal. They weigh 1,505 tons, compared to 635 tons for the existing cranes.

These cranes, the largest ever built by Konecranes, are 289 feet high with a lift height of 204 feet. They will handle ships 22 containers wide.

“As part of a significant upgrade of our Barbours Cut Container Terminal, these new Super Post-Panamax cranes will accommodate the significantly larger vessels that will be calling on our container terminals after the expansion of the Panama Canal,” Port Commission Chairman Janiece Longoria said. “International trade, primarily containerized cargo, continues to expand rapidly at our facilities. More trade means more jobs and economic activity for our region and state in support of our mission.”

The growth in container trade through the Port of Houston and the increase in Super Post-Panamax ships coming to the port require faster and larger cranes for even more efficient containerized cargo handling. The expansion of the Panama Canal will be complete in 2016, and this will allow larger post-Panamax vessels to transit the canal and bring more cargo through the Port of Houston.

The nearly $50 million contract for the cranes was approved by the Port Commission in 2013.