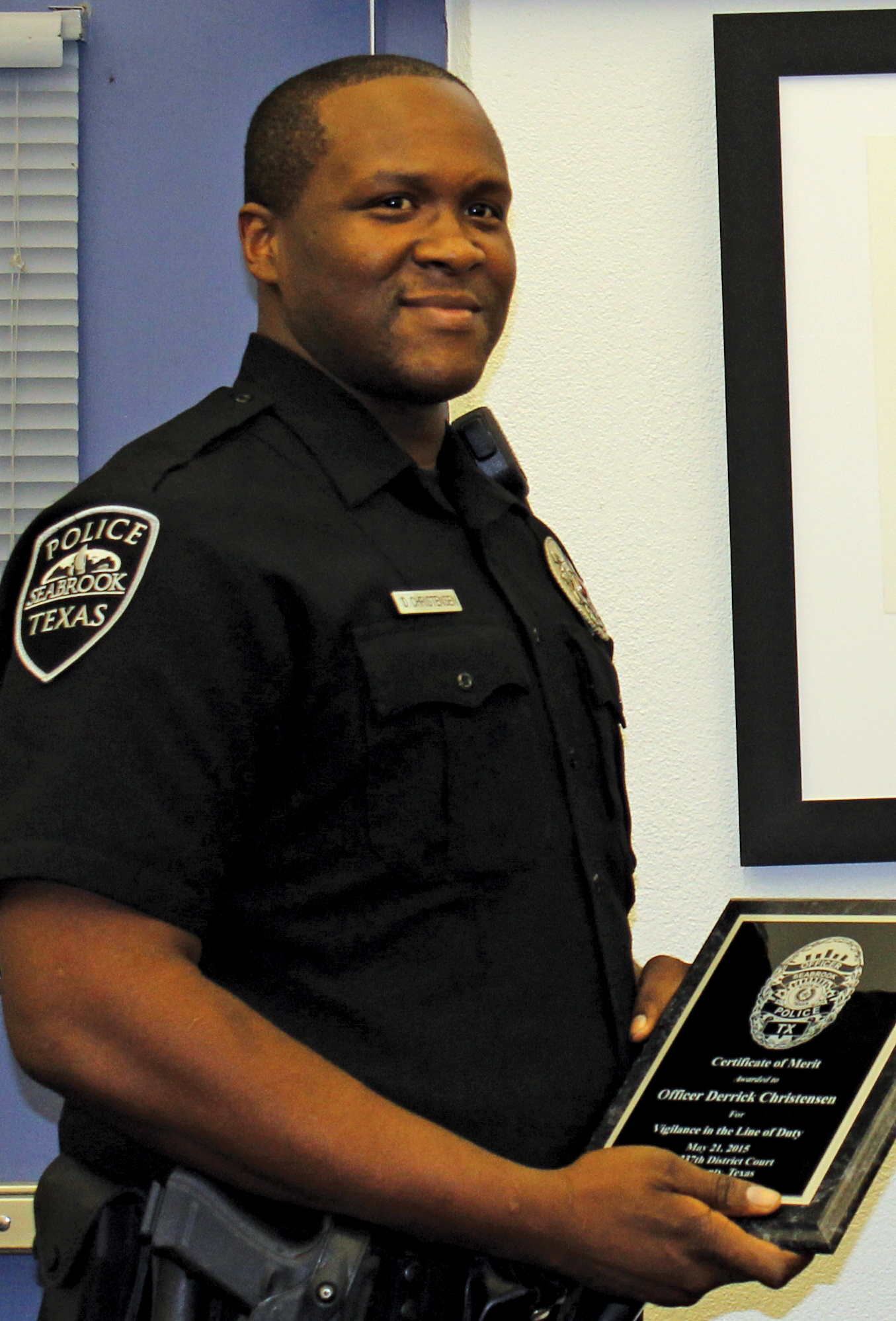 Seabrook Police Officer Derrick Christensen was recognized for his noble efforts in apprehending a felon who attempted to flee from the 337th District Court in downtown Houston, when the Seabrook City Council and Seabrook Chief of Police Sean Wright presented him with a Certificate of Merit at the July 7 council meeting.

On Thursday, May 21, 2015 Christensen was subpoenaed to be a witness for a DWI case at the Harris County District Attorney’s Office in the 337th District Court. As he arrived, a sentencing hearing was taking place for a convicted felon. When the judge announced the defendant’s prison term, the defendant proceeded to flee from the courtroom.

As Christensen was being presented the Certificate of Merit during the City Council meeting, Mayor Glenn Royal said, “Officer Christensen’s actions are courageous and noble and his behavior exemplifies the dedication of the entire Seabrook Police Department.” The mayor went on to say, “My family and I take great comfort in knowing that fine officers like Christensen are patrolling Seabrook streets and neighborhoods.”

Christensen began working with the Seabrook Police Department in September 2014.