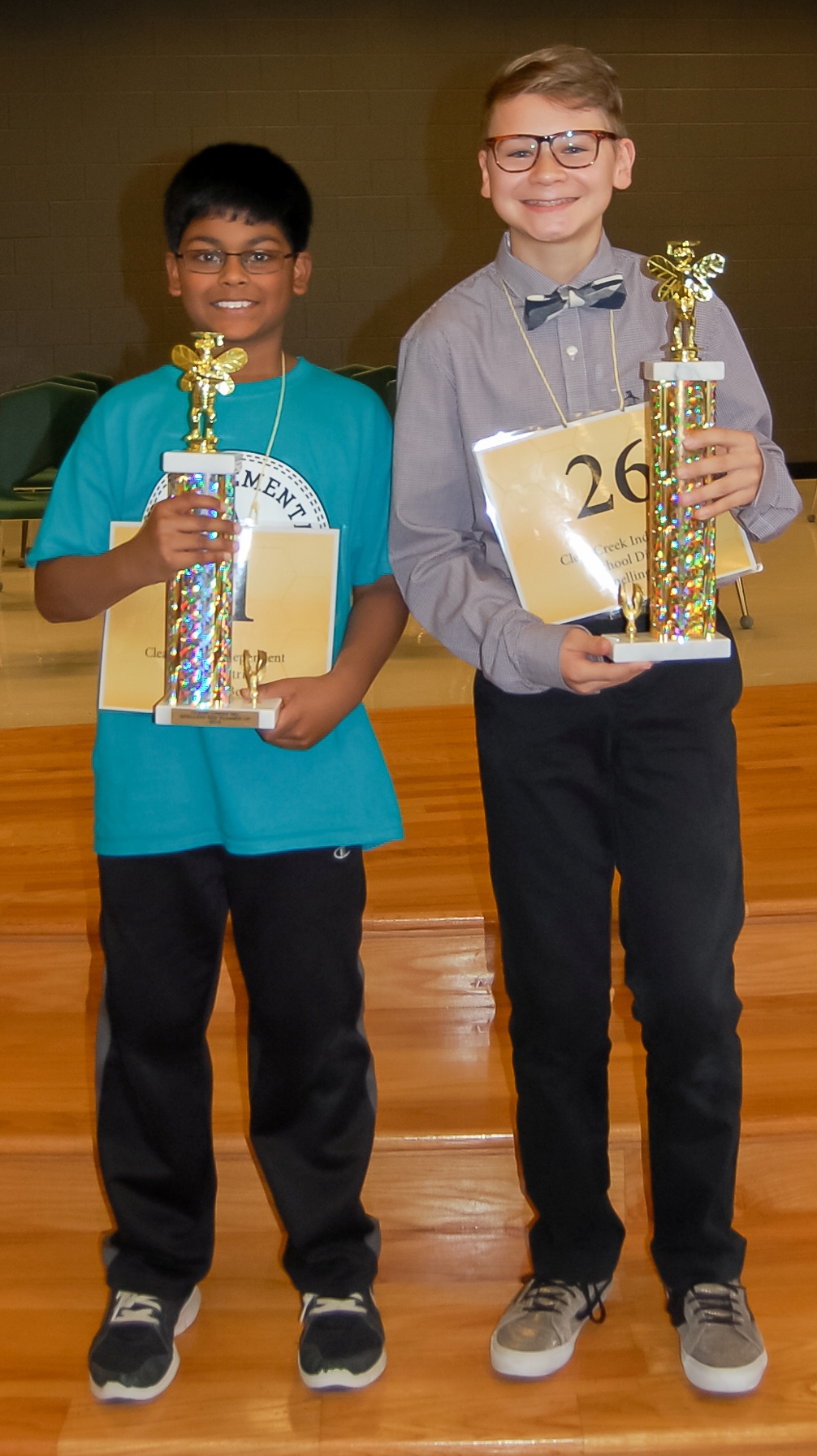 These guys can spell with the best. They are, 2016 Spelling Bee 1st Place winner Asher
Warmanen, right, a seventh grader at Seabrook Intermediate; and 2016 Runner-Up, Haneef
Mohammed, a fifth grader at Weber Elementary.

The final two spellers competed against each other for four straight rounds until Asher Warmanen came out victorious after correctly spelling beryllium in the final round. Weber Elementary School’s Haneef Mohammed, a fifth grader, is the 2016 runner-up.

The top two spellers of the Houston Public Media Spelling Bee win an all-expenses-paid trip to Washington, D.C. to represent Houston at the Scripps National Spelling Bee in May 2016.