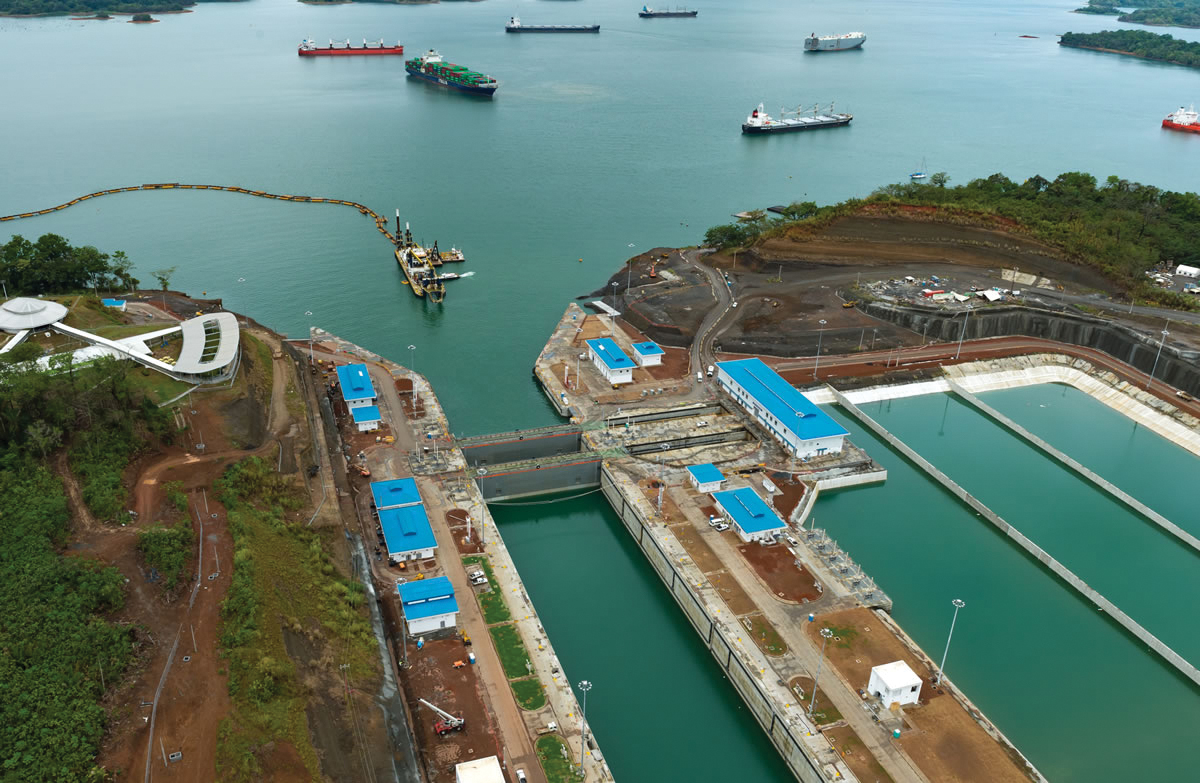 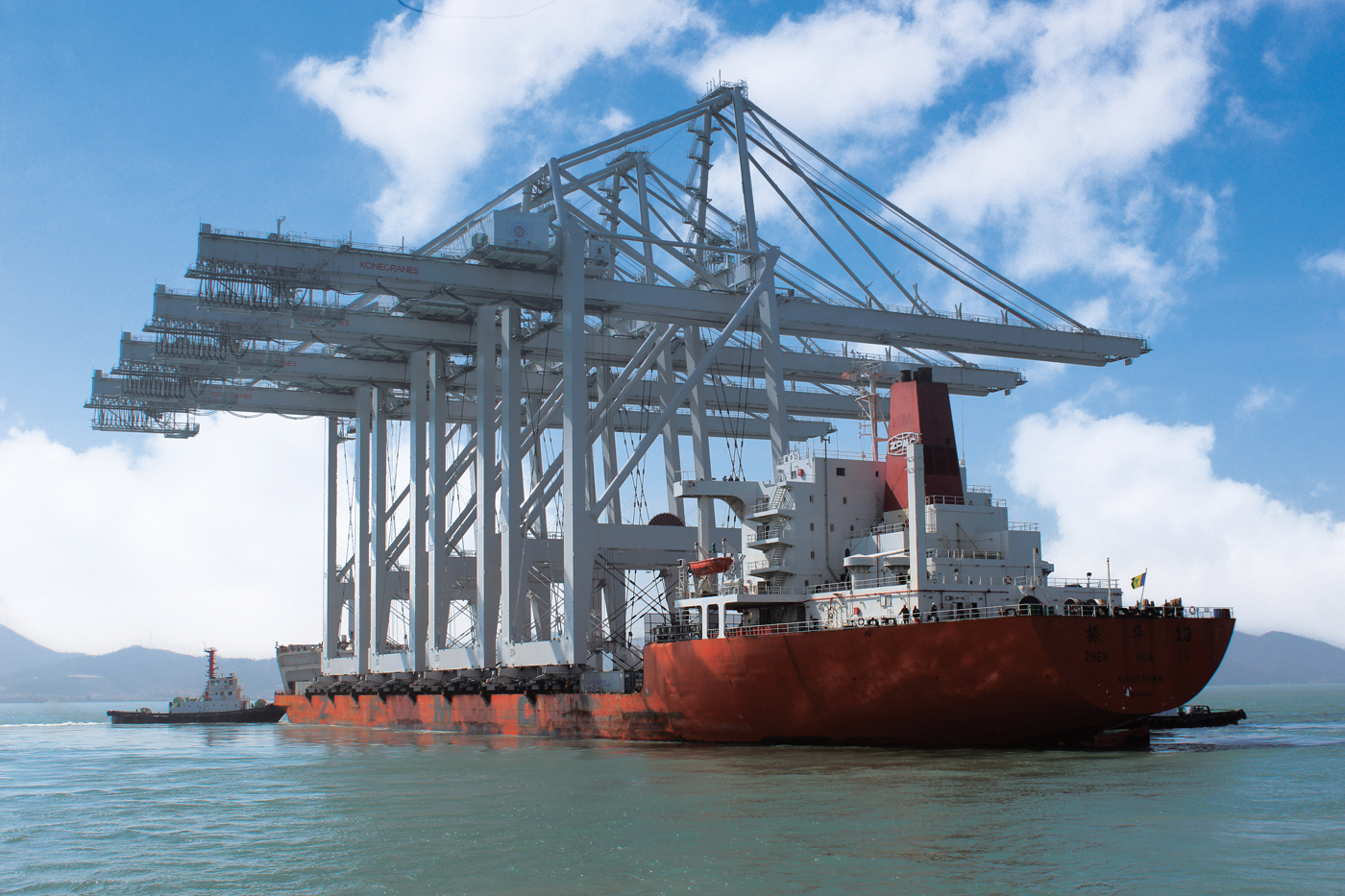 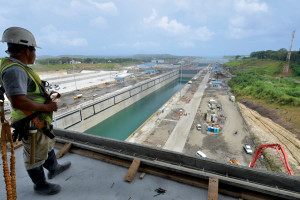 The Panama Canal renovation project is nearing its conclusion

After nearly 10 years of construction marked by several delays caused by flaws in building materials, the highly anticipated opening of the renovated Panama canal is on pace to occur in the second quarter of 2016; a development that will delight Port of Houston officials who have been readying the facility for the past two years.

Approved by the citizens of Panama in 2006, the $5.25-billion project calls for two new locks—one each at the Pacific and Atlantic sides—to be constructed. Officials say the new locks will double the capacity of the canal built in 1914 by creating new traffic lanes and allowing for the larger New Panamax size vessels, which are considerably larger than the current Panamax ships and are able to carry nearly twice as much cargo.

Ports across North America have been preparing for the grand re-opening of the canal by performing deepening and widening work in order to allow the new larger ships to call on their docks. At the Port of Houston, massive dredging projects to deepen and widen the Barbours Cut and Bayport Channels to the 45-foot depth required to service the New Panamax ships began in 2014. Work at Barbours Cut was completed last fall, while the Bayport project is expected to be completed this spring.

But even as the POH and other ports have stepped up their collective games in order to be ready to service the new, larger, more fuel efficient vessels, the project to renovate the canal—arguably an even bigger engineering challenge than the original undertaking that carved out the 48-mile canal—has moved along in fits and starts at times. Originally scheduled to take about seven years to complete, officials with the Panama Canal Authority, known by its Spanish language acronym as ACP, revealed in 2012 that the project had fallen six months behind schedule, and that was before the 2015 discovery of cracks in the concrete in one of the new locks, which necessitated major repairs.

But late last year, ACP officials announced that the project is about 96 percent complete. Testing of the locks could take place in a matter of weeks, followed by scheduled transit trial tests in April. Barring any further setbacks, the renovated canal could be able to accept its first vessels in May or June.

“We are very close. Only four percent remains to complete the project,” ACP CEO/Administrator Jorge L. Quijano said in a release. “An expansion of the Panama Canal has never been done and we should all feel very good about where we are today. We look forward to being able to provide the benefits of the new canal to our customers and the people of Panama.”

New Refrigerated Facility Headed for Bayport
The Port of Houston takes another big step in what officials say has been a long standing goal to increase the facility’s presence in the refrigerated cargo business with the recent announcement that a 300,000-square foot temperature-controlled cargo facility will be built at the Bayport Container Terminal.

Plans call for the cold storage facility to be built by AGRO Merchants Group and be designed as a multi-use building that will include warehouse space sufficient to handle the storage, handling, import and export of chilled meats, fish, poultry, fruits and vegetables.

“Developing the refrigerated cargo business has been one of my key initiatives. Our central location on the Gulf Coast, our consumer reach of 144 million consumers within 1,000 miles, and our ready access to South American sources of produce drive this opportunity,” Port Commission Chairman Janiece Longoria said.

Longoria adds that inspection and handling facilities for the U.S. Department of Agriculture, along with blast-freezing cells and deep truck docks providing ample doors for shipping and receiving, will be included in the design of the facility. It will also have separate frozen and chilled warehouse space, allowing for a diverse selection of products.

“We welcome AGRO Merchants Group and the additional cold storage capacity the company will bring to our regional and global customers to help support trade growth and create economic activity through our port,” Port Authority Executive Director Roger Guenther said. “This is a win-win for the Port Authority, AGRO and the Houston region overall.”

“We are extremely excited to build a new facility that will provide our customers with industry-leading solutions and cost-effective alternatives to move product into and out of the U.S., especially in the gulf region. In Houston, we plan to leverage our property’s proximity to the Bayport Terminal to take advantage of legal transportation limits on overweight cargo and provide important rail and intermodal service capabilities,” AGRO Merchants North America President Don Schoenl said.

The first phase of the building will occupy more than 12 acres of land and provide plenty of room for expansion. The site is scheduled to go into operation in the summer of 2017.

Banner Year
As much as Port of Houston officials are looking forward to the rest of 2016, they will certainly look back on 2015 with great fondness. According to recently released financial reports, the Port of Houston Authority posted a remarkable year, with new records set in container movements and cargo tonnage.

In his report to the Port Commission, Executive Director Roger Guenther said the port handled 30.5 million tons of cargo at its facilities, which surpassed the record of 30.3 million tons set in 2014.