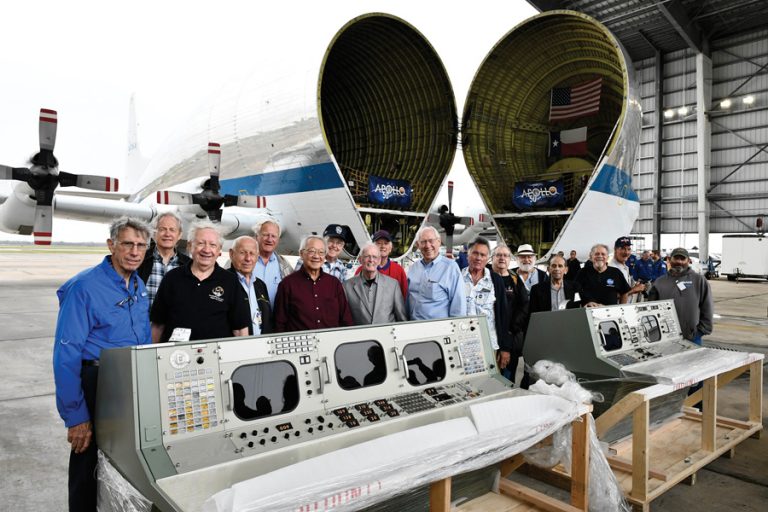 It was an historic sight – living legends who worked on the Apollo program reunited for a major milestone — the unveiling of restored Historic Mission Control consoles used to send humans to the Moon. The newly restored units arrived in a return flight to Ellington Airport by way of NASA’s Super Guppy.

“We want to keep the legacy of the Apollo-era alive and preserve Historic Mission Control,” said Harris. “Thanks to the combined efforts of so many people, future generations can experience this iconic room exactly as it was when Neil Armstrong made his historic first steps on the Moon.”

Time had taken a toll on the Mission Operations Control Room, used during the Gemini, Apollo and Space Shuttle eras, and it was in acute need of restoration. Furnishings such as carpeting, tile, paperwork, coffee cups and ashtrays in the room are being collected and restored to recreate the appearance of an active Apollo era Mission Control room — how the area looked the moment the first Moon landing occurred on July 20, 1969.

Designated a National Historic Landmark in 1985, the control room celebrates human space exploration and inspires people from around the world who visit. Johnson Space Center, Space Center Houston and the City of Webster are working together to restore the room that made what seemed an inconceivable dream become a reality. Webster, a longtime supporter of Space Center Houston, gave a $3.5 million lead gift toward the $5 million restoration byThe Cosmosphere, which is restoring nearly two dozen consoles.

“On a Mission” campaign. Space Center Houston then led a 30-day funding campaign drawing more than 4,000 pledges from 15 countries including the United States, Canada, the United Kingdom and Germany. The city of Webster matched the crowdfunding campaign gifts dollar-for-dollar up to $400,000 as a component of the lead gift. Current proceeds stand at approximately $4.5 million leaving $500,000 remaining to meet the $5 million On a Mission campaign goal. 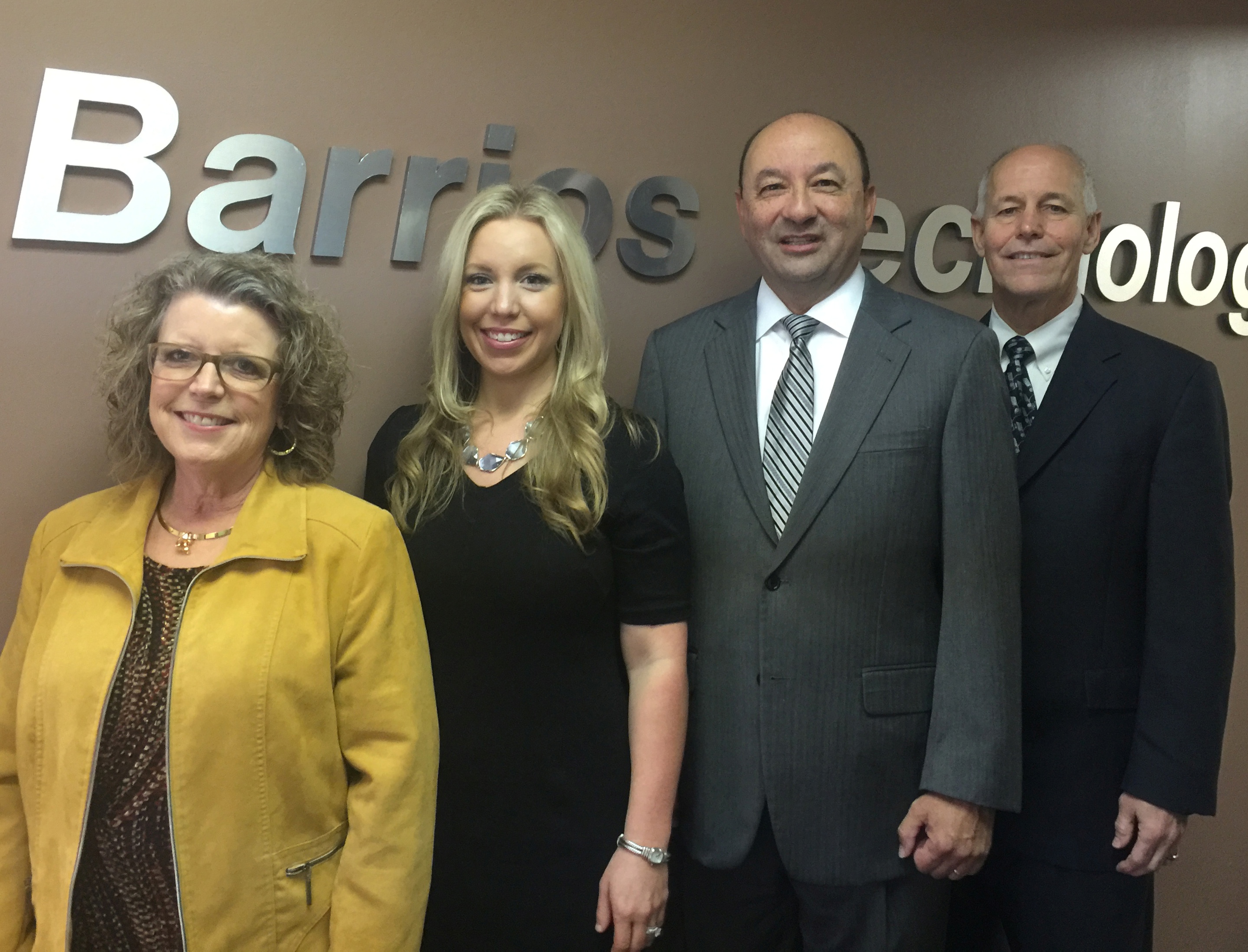 Houston based Barrios Technology has announced several executive leadership changes at its corporate office and with its prime contract with NASA’s Johnson Space Center.

Robert McAfoos is the new president of Barrios, effective April 1, overseeing the day-to-day operational aspects of the company, while owner Sandy Johnson will remain chief executive officer, setting the strategic focus and goals of the company and continuing to champion the Barrios vision, mission and company culture.

Johnson was part of the group who formed Barrios Technology in 1980 upon being awarded the JSC Flight Design Support Services contract. She became president and CEO of Barrios in 1993 when she purchased the company, returning Barrios to its roots as a woman-owned small business.

Polansky joined the Barrios team in July of 2012 as the MA&I Manager for MAPI as well as leading Barrios’ business pursuits in the commercial space industry. Polansky’s experience as a Space Shuttle Commander was instrumental in bringing the right focus to mission applicable work on the MAPI contract. His mission success focus along with his relationship with the NASA ISS Program Office will be key to the contract’s continued success.

Barrios hopes to continue to bring together some of the most talented employees in the aerospace industry to a company tailored to support the evolution of space exploration.