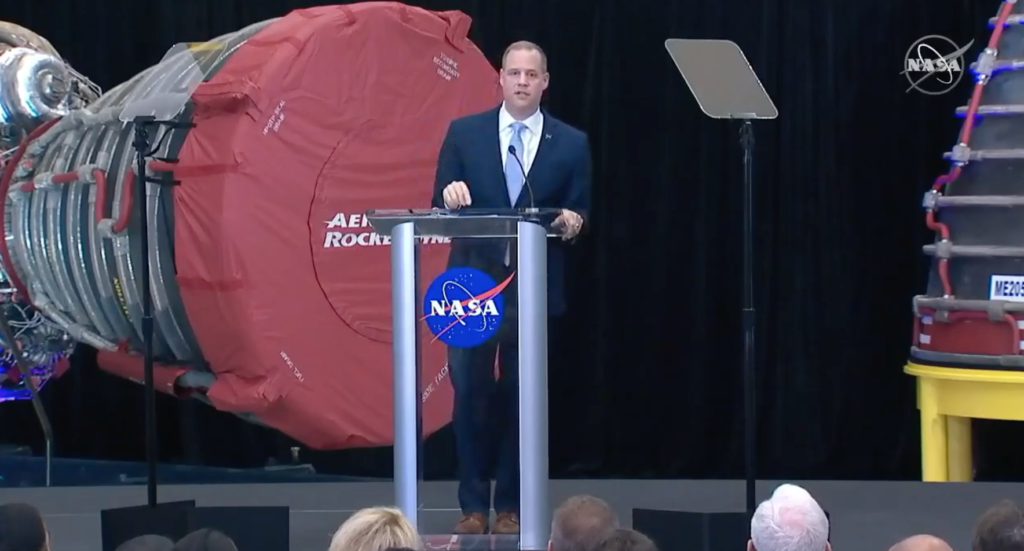 “The budget proposed represents a 12 percent increase and makes this one of the strongest budgets in NASA history. The reinforced support from the President comes at a critical time as we lay the foundations for landing the first woman and the next man on the South Pole of the Moon by 2024. This budget keeps us firmly on that path.

“We are preparing to achieve pivotal milestones this year in development of the Space Launch System rocket, Orion spacecraft, and the Gateway. These make up the backbone of our Artemis program and are fully supported by this budget. They constitute our ability to build a sustainable lunar presence and eventually send human missions to Mars.

“We soon will launch American astronauts on American rockets from American soil for the first time in nearly a decade. This recaptured ability will not only allow us to do more science and more exploration than ever before, but will also broaden commercial activity in low-Earth orbit to support ever greater private partnerships.

“As we prepare to celebrate 20 years of continuous human presence aboard the International Space Station this year, we will continue to look for ways to partner with private enterprise and give more people access to the unique environment microgravity offers. Similarly, when we go to the Moon in the next four years, we are interested in taking the world with us. This includes those involved in our Commercial Lunar Payload Services initiative and the international relationships we have forged over the decades.

“The FY 2021 budget positions NASA to spearhead a new era of human space exploration without focusing funds on one program at the expense of others. This all-of-NASA approach to the future will help us take advantage of all the exciting, new horizons emerging in science, aeronautics, and technology.

“The decadal survey priorities are strongly supported by this budget, including history’s first Mars sample return mission, the Europa Clipper, and development of a host of new trailblazing Earth observation missions. In aeronautics, the budget backs all our cutting-edge research on commercial use of supersonic aircraft, all-electric airplanes, and development of an unmanned aerial system that will make flying small drones safer and more efficient in the 21st century.

“NASA is on the cusp of embarking on era-defining exploration. The civilization-changing technology we develop will deepen humanity’s scientific knowledge of the universe and how to take care of our ever changing world.

“I am confident the FY 2021 budget’s proper investment in our agency’s priorities, coupled with your unmatched talents and expertise, will strengthen our national posture for continued space preeminence and, as President Trump said during his State of the Union speech last week, help our nation embrace the next frontier.” 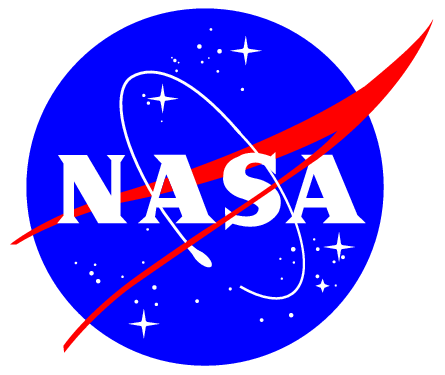 “Today, President Trump released his Fiscal Year 2018 budget request for the federal government. At $19.1 billion, we have a very positive budget that retains the same parameters we saw in March, and which reflects the president’s confidence in our direction and the importance of everything we’ve been achieving.”

“I want to reiterate how proud I am of the NASA team and its hard work. It’s making a real difference in this country and around the world. NASA missions inspire the next generation, inject innovation into the national economy, provide critical information needed to address national challenges, and support global engagement and international leadership.”

“As the President has said, American footprints on distant worlds are not too big a dream. NASA is executing programs, step by step, to make this dream a reality, as well as the broader quest to explore and understand the universe. We’ve had a horizon goal for some time now of reaching Mars, and this budget sustains that work and also provides the resources to keep exploring our solar system and look beyond it. And, it enables us to keep innovating and creating the technologies that will take us to deep space and improve the aeronautics systems on which all of us rely.”

“The hard choices are still there, and we can’t do everything. But we can certainly do a lot, and each member of the NASA team, every day, is helping to create the future.”

“As NASA approaches its 60th anniversary in 2018, the Fiscal Year 2018 budget request will maintain NASA’s place as the global leader in space. We appreciate the bipartisan commitment to our continuity of purpose. It’s essential that our near term work be stable as we plan for the long term and look toward the next horizons, and this budget helps us do that. The NASA Transition Authorization Act and the Fiscal Year 2017 appropriation we recently received also represent important contributions to that continuity.”

“Working with commercial partners, NASA will fly astronauts from American soil on the first new crew transportation systems in a generation in the next couple of years. We are continuing the development of solar electric propulsion for use on future human and robotic missions. NASA is fabricating and assembling the systems to launch humans into lunar orbit by 2023. Our budget request supports progress toward these and many other major milestones as part of the diverse portfolio of work we execute as we explore, discover, and develop on behalf of the American people.”

“We are ending formulation of a mission to an asteroid, known as the Asteroid Redirect Mission, but many of the central technologies in development for that mission will continue, as they constitute vital capabilities needed for future human deep space missions.”

“While this budget no longer supports the formal Office of Education, NASA will continue to inspire the next generation through its missions and the many ways that our work excites and encourages discovery by learners and educators. We are as committed to inspiring the next generation as ever. We’re going to engage the public in the compelling story of exploration by the successful and safe execution of our missions, which is where our focus has to be.”

“At the same time, we’re going to take this opportunity for NASA to revisit the public engagement and outreach activities that take place on the ground at centers every day to ensure that we are leveraging the synergies between education and outreach to facilitate meaningful connections.”

“All the details online, but I did want to mention some other specifics about the budget. In Science, for instance, this budget supports about 100 space missions — 40 missions currently preparing for launch and 60 operating missions. The Solar Probe Plus (SPP), Transiting Exoplanet Survey Satellite (TESS), the InSight Mars lander,   and the James Webb Space Telescope are on track to launch in 2018, and the next Mars rover is on pace for a 2020 launch.”

“The budget keeps us on track for the next selection for the New Frontiers program, and includes formulation of a mission to Jupiter’s moon Europa. It supports research on space weather and upcoming Heliophysics missions, and continues support for the Wide-Field Infrared Survey Telescope, or WFIRST, which will eventually succeed Webb. Our work in science leads the world in its size, scope and output.”

“NASA’s Aeronautics research program advances U.S. global leadership by developing and transferring key technologies to make aviation safer, greener, and more efficient. This budget takes the next significant step in the New Aviation Horizons initiative — the bold series of experimental aircraft known as X-planes — and systems demonstrations towards revolutionary aircraft and improving the efficiency of the national air transportation system.”

“Our Space Technology program enables rapid development and incorporation of transformative space technologies in NASA’s future missions, which increases our nation’s overall capabilities and helps industry, as well. The budget supports our diverse portfolio, which is creating a technology pipeline to solve the most difficult challenges in space, from solar electric propulsion to laser communications and cross-cutting technologies that benefit our work across the board.”

“We have a budget that also provides the necessary resources in the coming year to support our plans to send humans to Mars orbit in the 2030s. The European service module will be delivered to the Kennedy Space Center for integration with Orion in 2018.  Prototype ground testing of habitat modules under our broad area announcement activity will happen in 2018.”

“The International Space Station, commercial crew and cargo, and the Space Launch System and Orion all continue to advance our future in space with this budget. Having an additional NASA crew member on the space station will greatly enhance the research and advancement towards exploration. The station continues to create new opportunities for collaboration with industry and supports public-private partnerships for exploration systems that will extend human presence into the solar system. So there’s a lot to look forward to.

“The program of exploration and discovery we propose with this budget should be a source of pride for all Americans. The impact of NASA’s work is immense, and we have great momentum and support to keep moving ahead.”