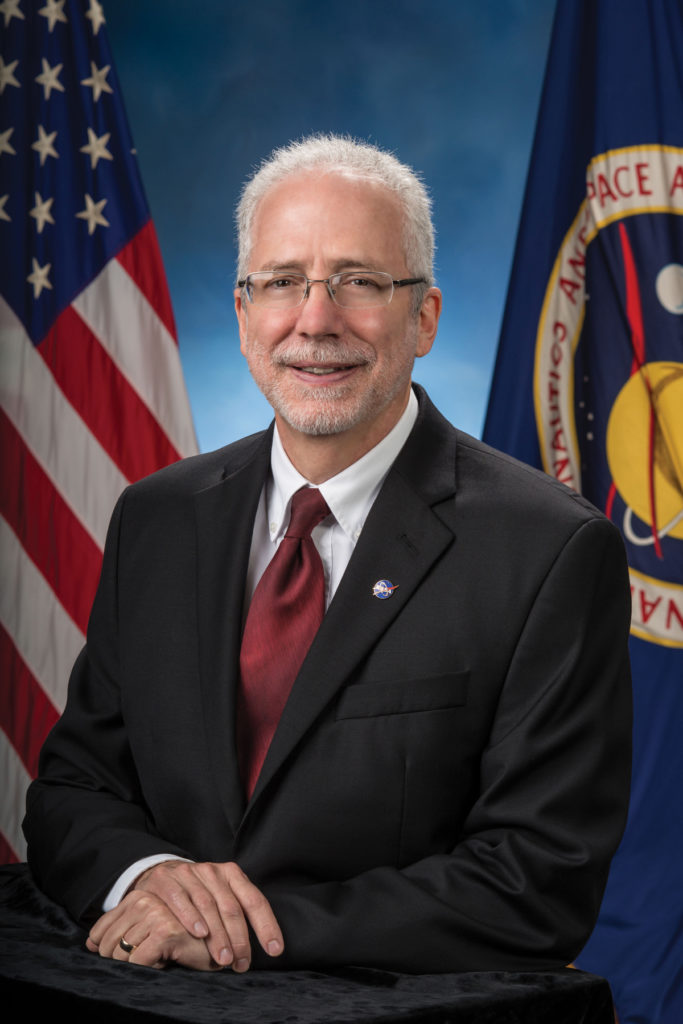 My favorite writer is: John Grisham

Someone I’d like to meet: Living: Drew Brees, Past: Stan Musial

If I could switch places with someone for just one day, I’d choose: The President of the United States. Would be really interesting to see what happens up there.

I like to spend my leisure time: Spending time with my family, playing video games

If I could travel any place, I’d go to: China

My favorite meal is: German Bratwurst

As a youngster, I wanted to grow up to be: Involved in the space program

The thing that bugs me the most is: The middle seat on a long flight.

My favorite movie is: Dr. Strangelove 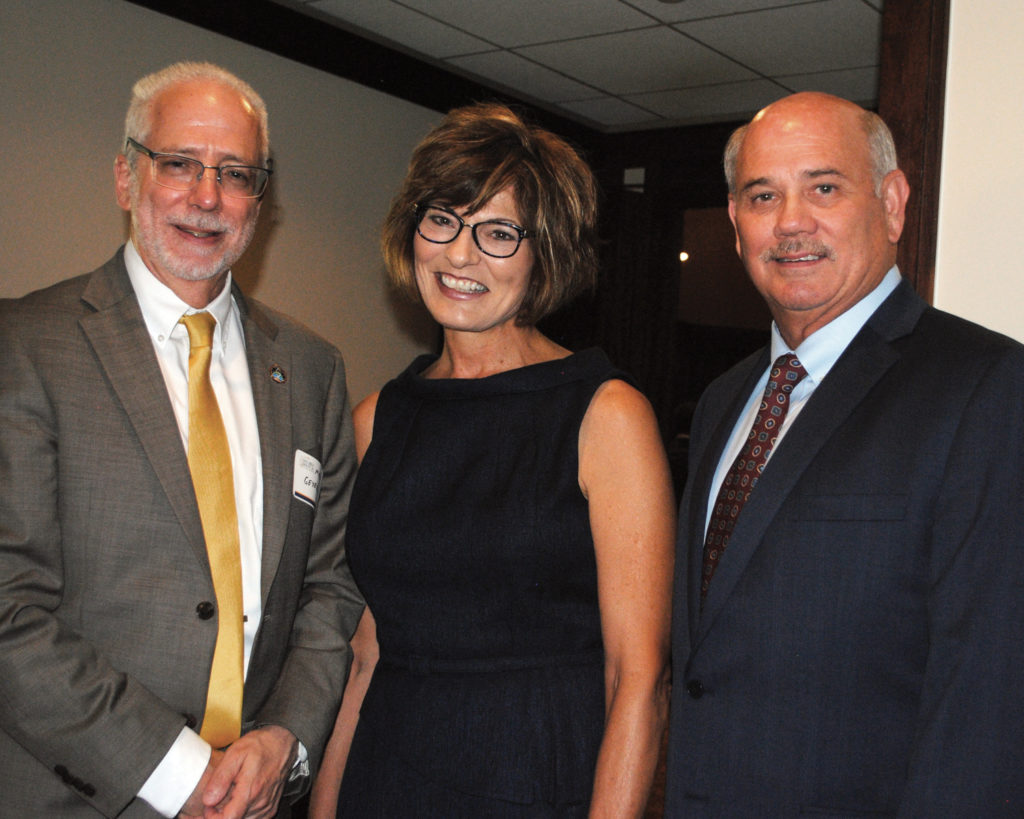 Knowing the human tendency to overlook the value of many outstanding things in our daily lives – things that become “old hat” – Johnson Space Center Director Mark Geyer reminded Bay Area Houston Economic Partnership members of the great value of the International Space Station, which has been circling the Earth for the past 18 years.

“Station is an incredible international achievement,” he said as he opened his address, “and I want to talk about the different pieces that make ISS so special. People may not be aware of the details surrounding the amount of utilization that is happening every day on Space Station.

“There are payload experiments – things we are pushing the envelope on – on how to live and work in space, which is really going to be important when we go to the moon and on to Mars. A Mars journey could take three years or longer. We’re learning about how the human body behaves and how it changes. We’re learning how to mitigate those things through exercise and nutrition. There’s an incredible amount of work that goes on every day; plus, we get some cool pictures!”

It also has helped the United States and Russia become space buddies, he explained.

Their space friendship began back at the turn of the century when the first international crew, commanded by American astronaut William M. Shepherd, arrived on a Russian Soyuz that launched on Oct. 31, 2000. Since that day, he said there has always been an American onboard Station.
“Station brings a symbol of national leadership in the world. We lead the rest of the world in space. I had a chance to meet with the U.S. ambassador in Russia when I was over there for a launch. He told me that as difficult as relationships are with the Russians, Space Station is the one thing, the one positive thing that we are doing together. That’s important.”

Then he cautioned, “Another thing to remember is that if the United States doesn’t lead in space, there’s another county that cannot wait to lead in space, and that’s China. We know that they are making efforts to do that.”

After briefly talking about the commercialization of space, he took the crowd into the future — the commercial opportunities the ISS offers and plans to build the Lunar Orbital Platform-Gateway in the 2020s to launch the Orion spacecraft on 21-day missions past the moon and back. And, how JSC will continue to be a key part of the integration of that program.

And, what about new NASA Administrator Jim Bridenstine? “He is extremely personable and very open, Geyer says. “He really likes to meet with teams and talking with the interns. He’s trying very hard, listening to people. I love working for him; he’s a great guy.”

Geyer, who was introduced by BAHEP Chairman and San Jacinto College Chancellor Dr. Brenda Hellyer, began his NASA career in 1990 at JSC and has been here ever since. He has witnessed much during the ensuing years – both triumph and tragedy. His presentation left many with the feeling, however, that the best is yet to come both for NASA and for Johnson Space Center. 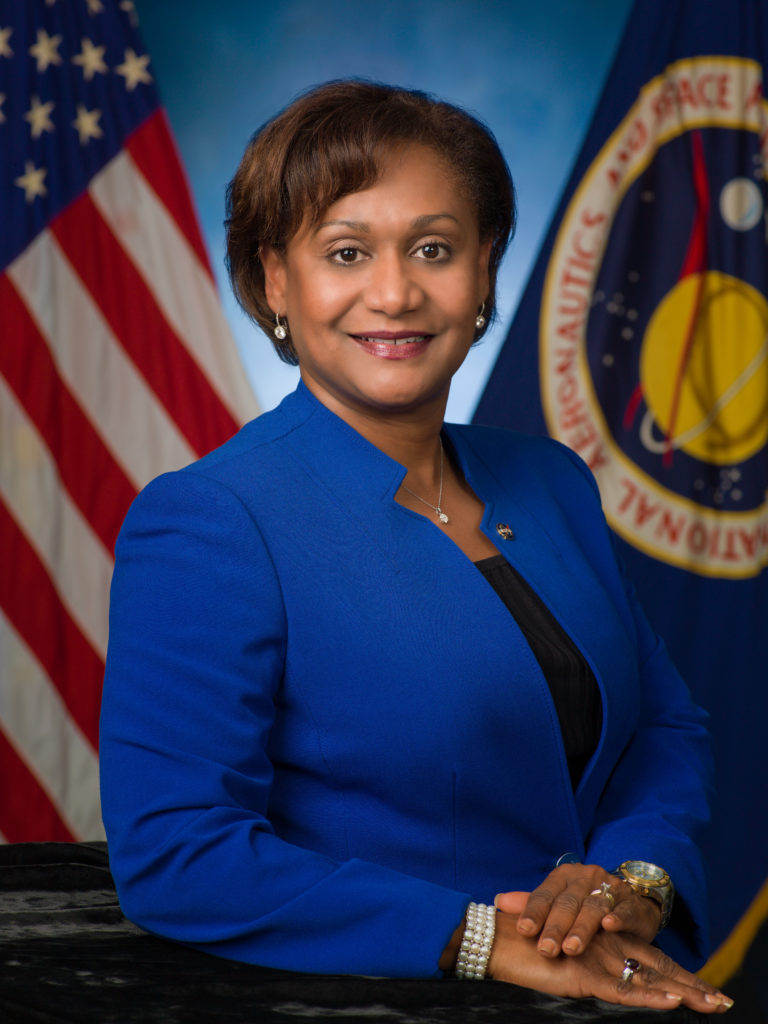 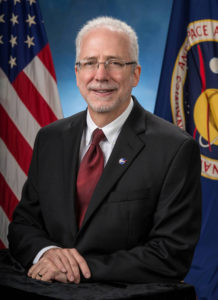