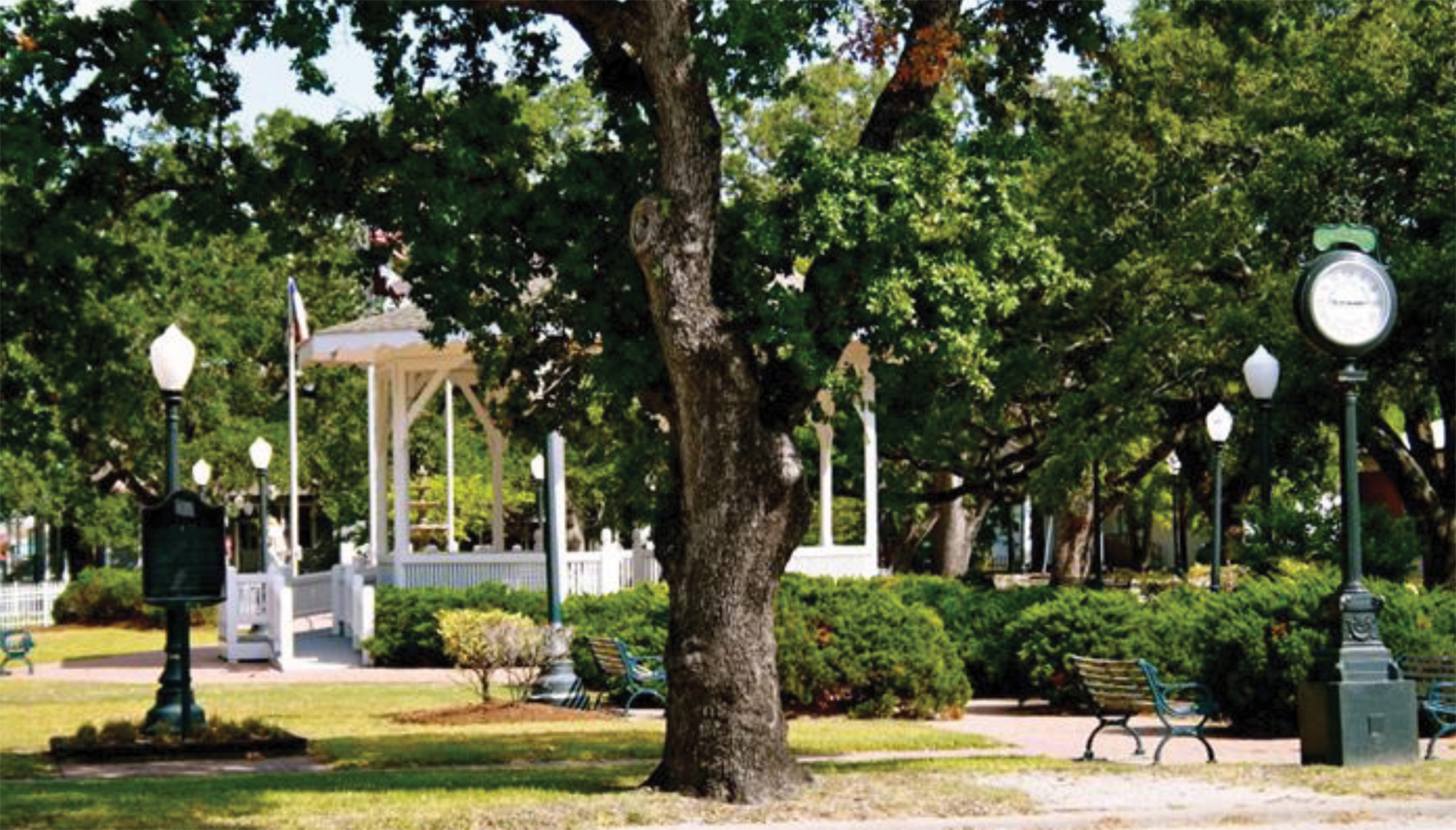 League City officials plan to turn the community’s downtown area into “a return to yesteryear”   — a place of beauty and charm that would draw families out on weekends, to enjoy their city, along with tourists and residents from neighboring communities.

The proposed Downtown Redevelopment Plan was unveiled before a crowd of about 200 at the May 10 City Council meeting by City Manager Mark Rohr, after working for months to draw up residents’ vision of what they wanted their city to be.

Most everyone, including Mayor Pat Hallisey and the City Council, seemed pleased with the presentation, although two or three residents expressed some apprehension over a couple of items in the plan – such as relocation of a basketball court and the project’s overall cost, which is expected to be about $10.4 million.

“Much of the money needed is already in the city budget,” Rohr explained, adding that he thinks a great deal of the project could be accomplished in a year, “if City Council approves,” which it did later in the evening, authorizing $895,400 for an agreement with Huitt-Zollars Inc. for planning and design services related to the plan.

Some parts of the project include:

Explaining that League City derived 82 percent of its budget from residential taxes, 18.1 percent from commercial and 1 percent from industrial, Rohr said he felt “we need to get some help with our tax burden.” He is hopeful the new look will draw new business to the city.

Downtown redevelopment was identified as one of the key short term goals in the city’s “Roadmap to The Future” by the City Council and community in 2015, Rohr told the crowd, explaining that residents said they wanted to focus on redeveloping the city’s downtown area during an envisioning workshop held on Jan. 24, 2015.

During the workshop, League City residents submitted ideas to City Council, which then ranked the projects to create a strategic vision for the city. The projects were then grouped into short-term, mid-term and long-term goals to create the city’s “Roadmap to the Future,” which was officially ratified on Feb. 24, 2015, Rohr said.

The proposed redevelopment plan is posted on the city’s website.