A train ride to Dallas in the fast, fast lane 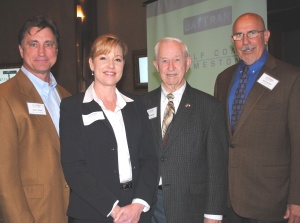 Imagine going from Houston to Dallas by train in just under 90 minutes.

It may sound like a daydream, but former Harris County Judge Robert Eckels says, “Hang on to your hat.” It should become a reality by about 2021, if all goes well, he told the audience at the monthly Bay Area Houston Transportation Partnership luncheon at Cullen’s Upscale Grille.

Eckels is president of the Texas Central Railway, the organization working on the development and operation of a private, for-profit, high-speed passenger rail system. After some four years of research, TCR believes there is an opportunity to provide consumers with a fast, safe, affordable and convenient  alternative for travel between Houston and Dallas, Eckels said. 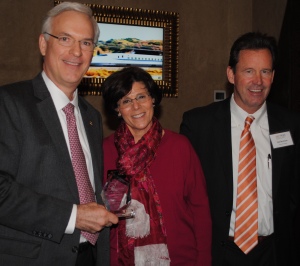 The N700-I Bullet System is a proven rail technology in operation between a number of cities in Japan.
Currently, TCR, working with the Federal Rail Association and the Texas Department of Transportation, is looking at options to maximize use of existing rights of way to build the rail line.

Based on technology used by the Japanese, the Houston-Dallas high-speed rail line will be quite simple –“one track going north and one track going south – tracks that are either grade separated or elevated. “No mixing with other trains,” he explained.

In the coming months and years, TCR will be working with property owners – some of whom might not be pleased to have the N700-1 bullet train zooming through their land. 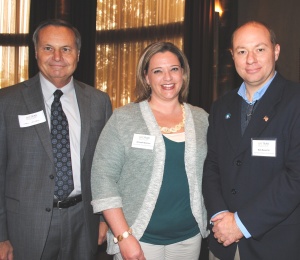 However, Eckels says the TCR plans a very generous eminent domain program that will offer more than the property might be appraised for since the venture is private and the developers are not restricted by the same laws the state might be bound by.