On Thursday, Dec. 5, Houston Public Works crews will begin the preparation work at 7 p.m. One lane will be closed while crews saw cut the paving. The lane will re-open no later than 5 a.m. the next morning, Friday, Dec. 6. At 9 a.m. on Friday, Dec. 6, crews will re-close that same lane to remove and replace the concrete paving. This lane is scheduled to remain closed from 9 a.m. Friday, Dec. 6, until 12 midnight, Sunday, Dec. 8.

This same process will be performed the following weekend, weather permitting, beginning Thursday, Dec. 12, to complete the panel replacement in the opposite lane. The work is expected to be completed by Wednesday, Dec.18, if the contractor encounters no weather related delays. During the design portion of this project, Houston Public Works completed a traffic count of the area to create this work schedule with the goal of minimally impacting commutes and traffic congestion.

As a result of the construction activities, please be aware of flagmen and orange traffic cones that will be put in place on site to help with traffic flow through the construction zone as temporary lane closures are expected. One lane will remain open during the repairs process. Residents will have access to driveways and sidewalks at all times, and may experience an increase in noise levels due to trucks and equipment in the area.

For more information, contact Martin’s office at 832-393-3008 or districte@houstontx.gov.

The project was delayed due to scheduling conflicts with the contractor, and is now scheduled to begin the week of May 13. The boundaries for the asphalt overlay along Gemini Avenue begin 650 feet east of El Camino Real and end at Reseda Drive. Construction is expected to be complete by the end of August 2019, weather permitting.

The project will start in the 1000 block of Gemini Avenue and progress towards Reseda Drive. The project entails resurfacing the asphalt street. This process includes milling off an approximate two-inch layer of old asphalt, repairing the base as needed, spraying tack coat and overlaying two inches of new asphalt surface pavement. Crew staging activities are anticipated to occur between 7:30 a.m. and 6 p.m., with work occurring between 8 a.m. and 5 p.m., Monday through Friday.

As a result of the construction activities, please be aware of flagmen and orange traffic cones that will be put in place on site to help with traffic flow through the construction zone as temporary lane closures are expected. One lane will be open in each direction during peak traffic hours. Residents and businesses may experience temporary delays accessing Gemini Avenue, as well as individual driveways.

For more information, contact Councilman Martin’s office at 832-393-3008 or districte@houstontx.gov. 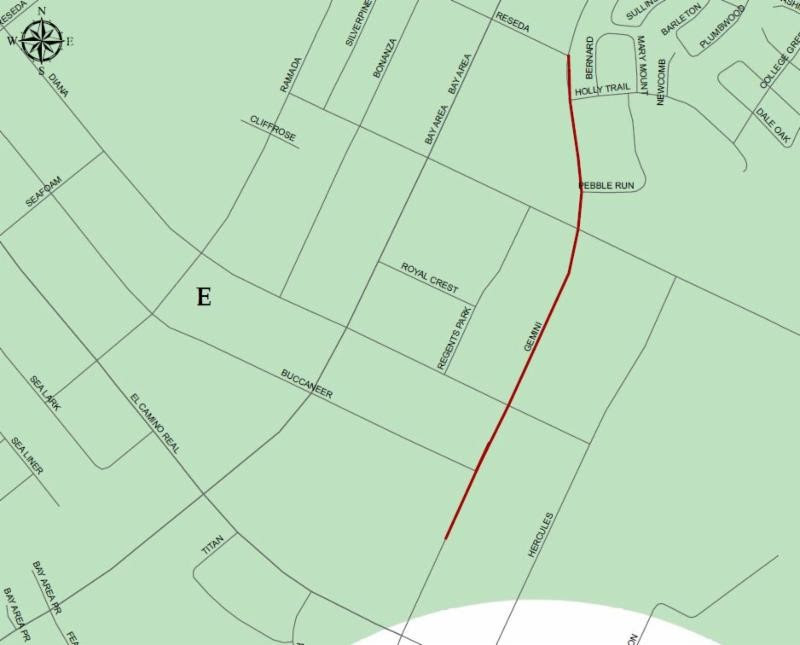 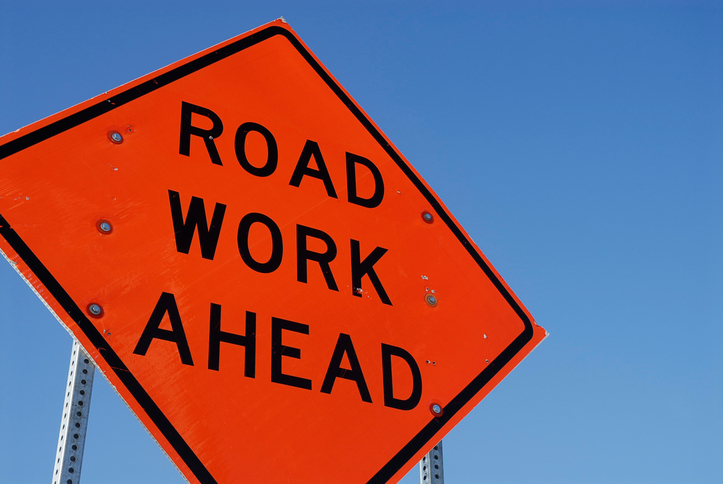 Houston City Councilman Dave Martin would like to make residents aware that the City of Public Works Department is replacing the air release valve vent pipe and manhole ring, frame and cover on the 42-inch water line at 15600 Old Galveston Road, beginning Monday, Aug. 27. The project is anticipated to be completed by Tuesday, September 11, 2018.

During construction, the outside southbound lane of the 15600 block of Old Galveston Road will be closed from 9 a.m. to 3 p.m. Drivers should expect reduced traffic speed through the channelized area during this time. To ensure driver and worker safety, traffic control measures will be in place at all times. The District E office has contacted the Houston Police Department’s Clear Lake Substation to ask that officers monitor the location and provide assistance with traffic control as needed.

For more information, contact the District E Office by emailing districte@houstontx.gov or by calling 832-393-3008.

The scope of work includes the expansion of the current two lane roadway to four lanes on El Dorado Boulevard, from Clear Lake City Boulevard to Horsepen Bayou.

For residents who were unable to attend, city officials will continue to gather community input until Friday, Dec. 15 at 5 p.m.  the meeting, the alignment options and information about the project can be found on   Martin’s website.

The involvement of residents is essential to the process, and the input provided will have an impact on the timeline as well as the look of the overall project, Martin explained. At the end of the comment period, all comments will be evaluated and considered in the selection of the final alignment. Comments should be sent to rebuildhouston@houstontx.gov.

For more information, contact the District E office at 832-393-3008 or via email at districte@houstontx.gov 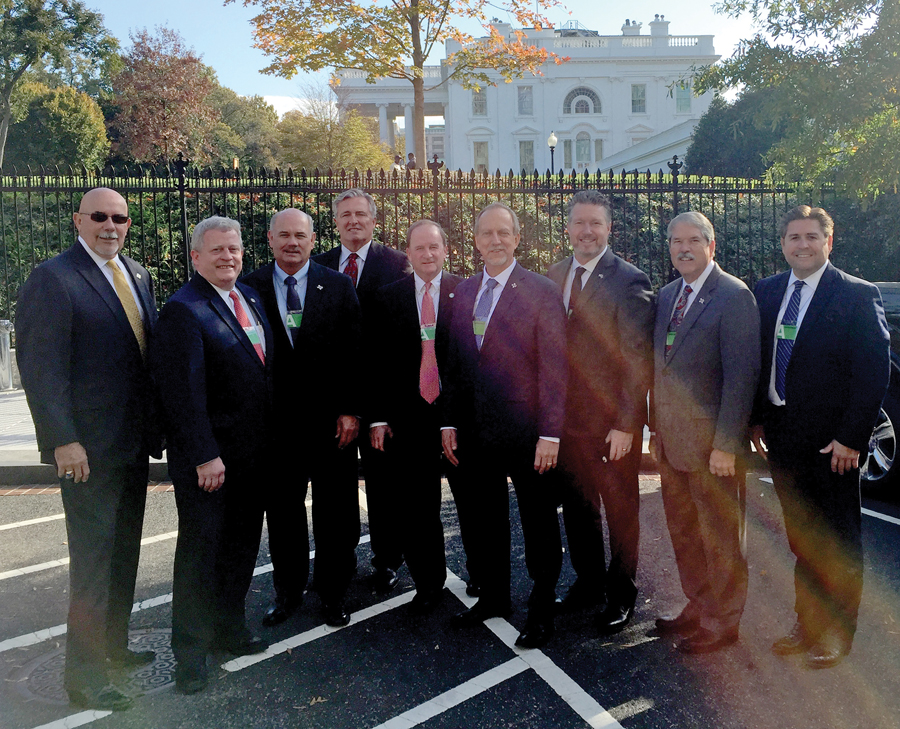 The momentum to build a coastal spine to protect the people, businesses and industries of the upper Texas Gulf Coast has been building steadily since Hurricane Ike devastated the region in September 2008.

The past year has seen a huge jump in activity, notably with Texas Land Commissioner George P. Bush fully endorsing the coastal spine. An April 2017 letter from Bush to President Trump, signed by 62 committed stakeholders, further strengthened the  case on the critical need for the coastal spine.

On Nov. 1-2, 2017, in Washington, D.C., a delegation of 13 held Cabinet level meetings, as well as other meetings necessary in moving the initiative forward, to create an interagency working group to champion the project.

STRAIGHTFORWARD
The delegation’s message was straightforward — nationalize the issue of storm surge protection for the Southeast Texas coast by showing the region’s significance to the nation’s economy, energy, defense and port related transportation.

The delegation asked for the approval and full funding of the $12-$15 billion project and expedition of the Army Corps of Engineers process to dual track engineering, construction and permitting in the same way that the New Orleans project was done post Hurricane Katrina.

The delegation’s first day began at the headquarters of the ACC to prepare for the coalition meetings. Following were meetings with the Department of Commerce, the Department of Transportation, the Army Corps of Engineers, the Department of Energy, and a dinner meeting with Texas Congressmen Randy Weber, Pete Olson, Brian Babin and John Culberson.

FOLLOW UP
The next steps will be to follow up with Secretary of Energy Rick Perry, Sen. Cornyn, and the vice president’s staff to encourage setting up an inter-agency working group to push for approval, funding and expedition of the Corps process on this project.

Bob Mitchell, president, Bay Area Houston Economic Partnership, noted later, “It is significant that the ACC contacted Chad Burke of the Economic Alliance Houston Port Region, who asked BAHEP to form a special team to meet with influential offices and agencies in Washington. After nine years of work, this indicates that we’re on the cusp of getting the funding necessary to design, develop and build the coastal spine system.”

The meeting will be at the University of Houston – Clear Lake’s Bayou Building, in the Garden Room.

As development has increased in the area, Councilman Martin has received several concerns from residents about future traffic on the section of El Dorado Boulevard, south of Clear Lake City Boulevard to Horsepen Bayou, which is currently two lanes. In response to these concerns, Martin asked PWE to investigate and conduct traffic counts along this section of roadway.

After assessing the traffic counts, PWE determined El Dorado Boulevard is capable of accommodating current traffic. However, Martin believes the widening of El Dorado Boulevard is essential as the area continues to develop. By partnering with Commissioner Morman, the city and county are able to work together and develop three alignment options to improve current and future mobility in this area.

The goal of this meeting is offer residents the opportunity to provide input about these alignment options, as well as address any concerns or wishes for the project prior to finalizing the design.

There will be free parking for attendees in Lot R. Please see the map below for reference. For more information, contact the District E office at 832-393-3008 or via email at districte@houstontx.gov. 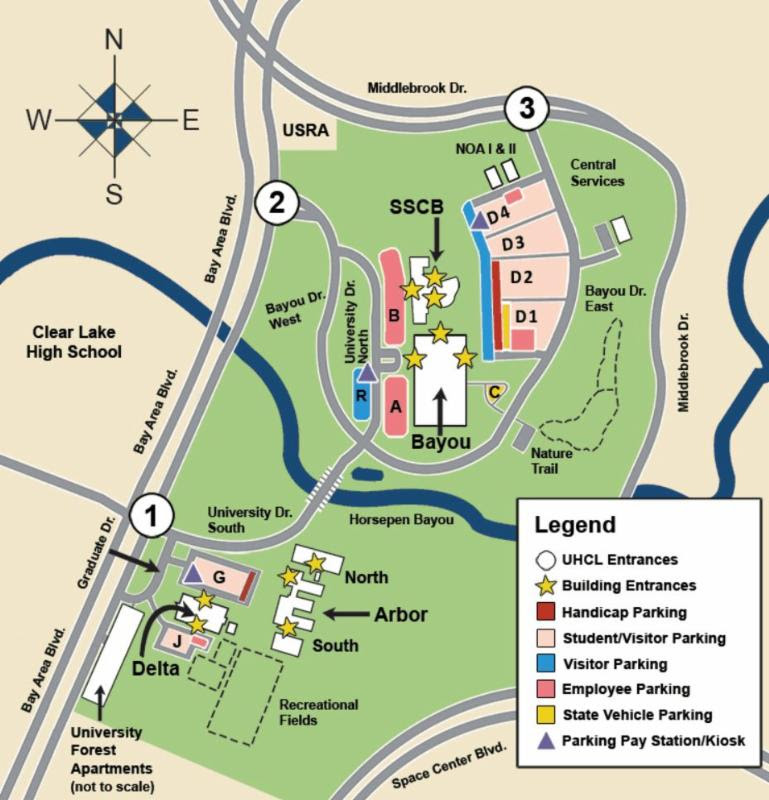