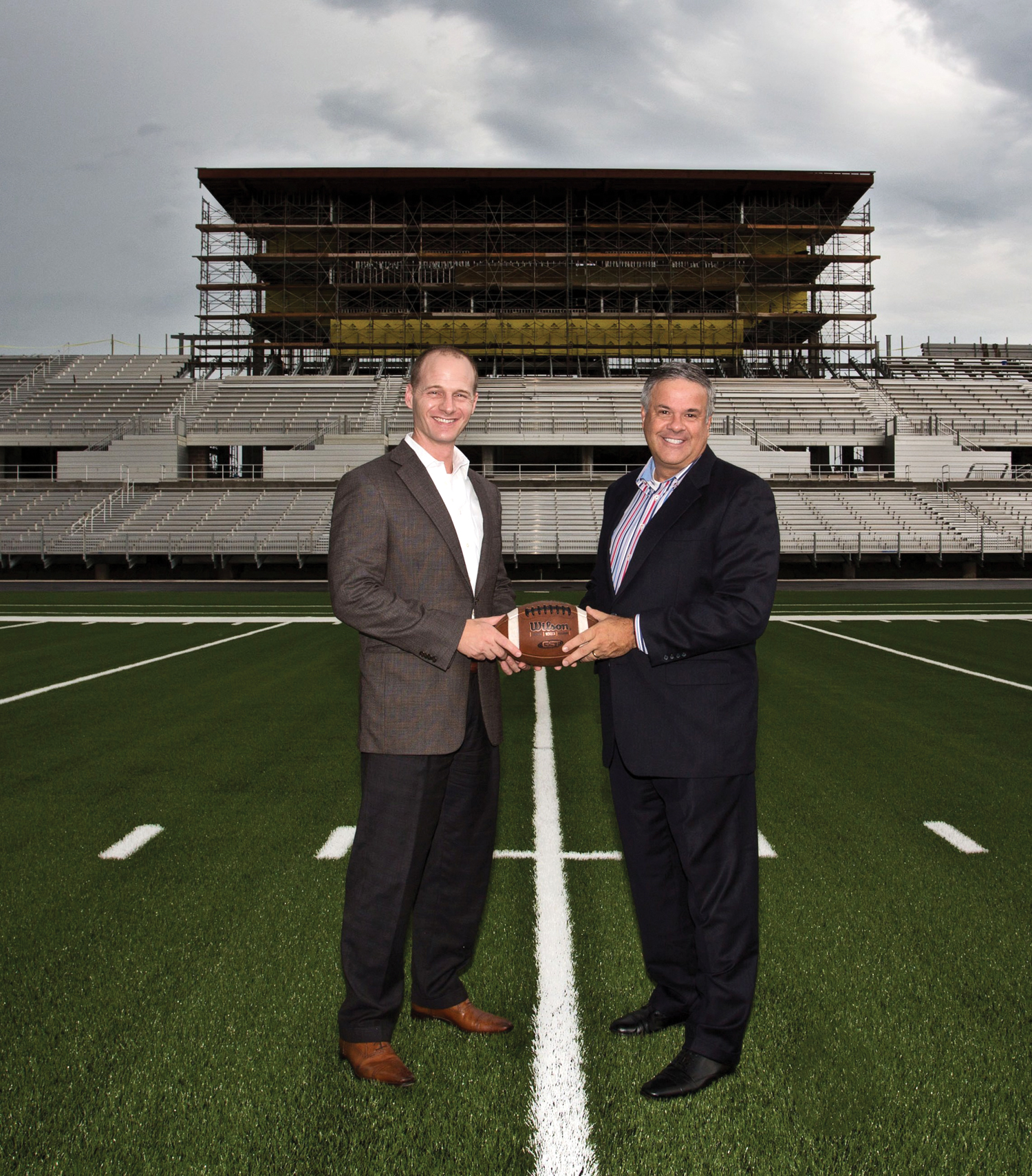 The partnership between Houston Methodist St. John Hospital and the Clear Creek School District goes back a long number of years – 26 in fact.

So it was no surprise when the school district was looking around for a sponsor for its state-of-the-art video scoreboard at the new CCISD Challenger Columbia Stadium that its long-time partner stepped up to be the Stadium Funding Sponsor.

CCISD Trustees finalized the matter at their August meeting when they approved a six-year, $500,000  advertising lease agreement with Houston Methodist, which places the hospital at the Stadium Founding Sponsor level for the district’s newest and much-anticipated facility addition.

The stadium, located off West NASA Parkway, is scheduled for completion in late 2015 — somewhat later than originally planned because of record rainfall this spring.

NO STRANGER
“Houston Methodist St. John Hospital is no stranger to our district and backing public education,” said CCISD Superintendent Dr. Greg Smith. “In fact, they have consistently stepped up to support our students and special programs over their 26-year history with CCISD.”

This major sponsorship specifically supports CCISD in the purchase and ongoing operation of the stadium’s state-of-the-art score board and video board intended to enrich the fan experience at the new stadium. The video board and supporting equipment were not purchased through the Bond 2013 program which is funding the construction of the stadium as well as many other district facility rebuilds, CCISD Assistant Communications Director Janice Scott said.

“Funding for the video board will be derived from advertising leases by business and industry sponsors. As the Stadium Founding Sponsor, the Houston Methodist brand will be prominently displayed on the video board’s top position panel, as well as on signage in the stadium concourse areas. The sponsor will also be featured in several in-game video promotion features,” she explained.

The sponsorship is part of Clear Creek ISD’s ongoing commitment to engage the community in all things education to better provide quality and real-world resources and experiences for students. Students from all five comprehensive high schools, who are enrolled and excel in their campus audio/video classes, will run nearly all of the A/V production activities to support events in CCISD Challenger Columbia Stadium.