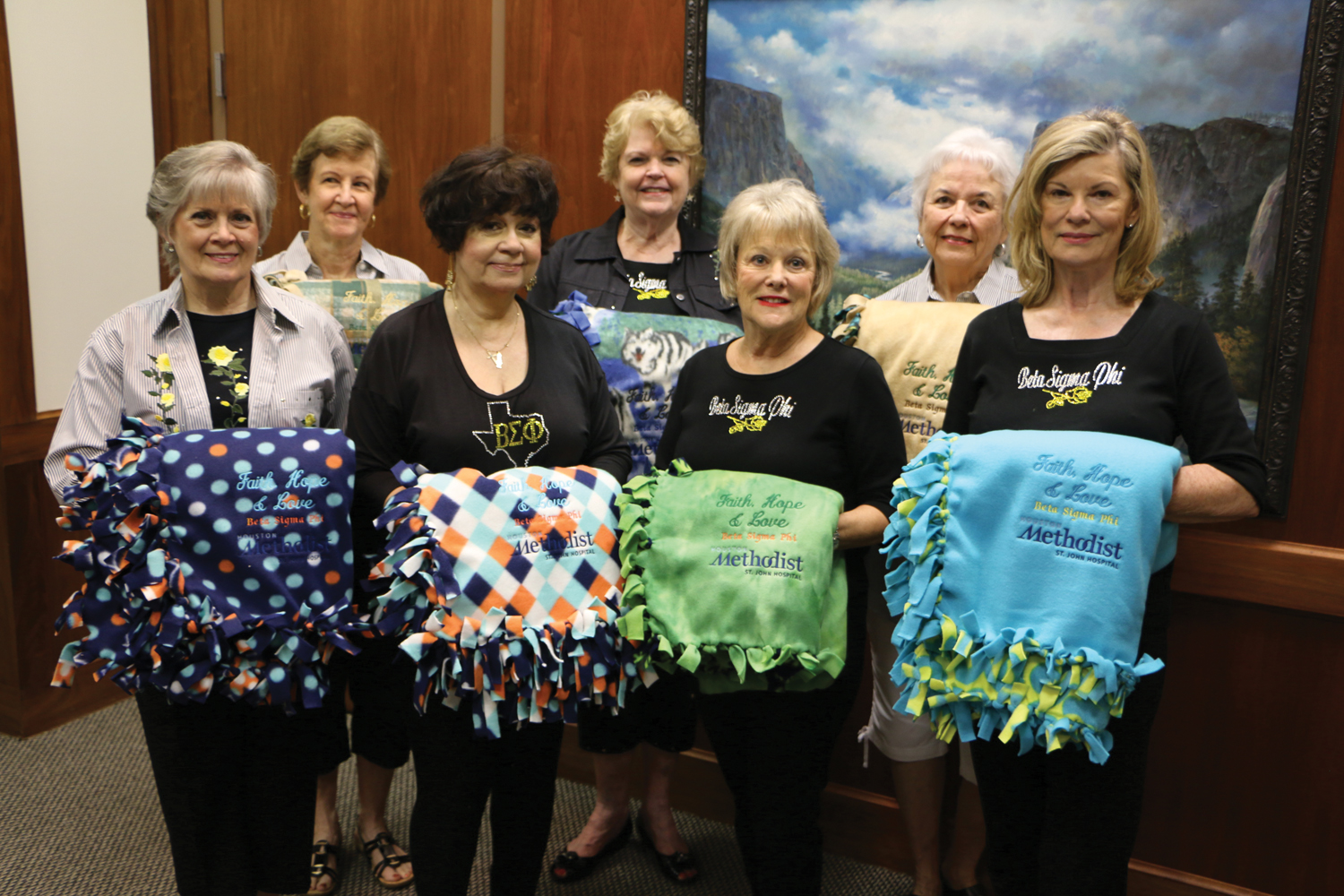 The Xi Lambda Rho Chapter of the Clear Creek Bay Area City Council for the Beta Sigma Phil Sorority has been generously serving our community since 1968, but this year the sorority’s service committee decided they wanted to do something a little more memorable.

Jo Ann Luttgeharm is one of the newest members of the sorority and along with Penny Linton is co-chair of the service committee. The ladies had the idea to do something “hands on” that the committee could do as a group. With Penny being a first class seamstress, the original idea was to create colorful pillowcases for chronically ill patients at a local hospital, but when Jo Ann called Houston Methodist St. John Hospital to discuss the idea, she spoke with Denise Thomas in Guest Services, who had an even better idea for the group.

“I had called other hospitals but I was so impressed with Denise, and her enthusiasm was contagious,” said Luttgeharm smiling from ear to ear. “Since many of the senior patients get cold in the hospital, she suggested we make fleece throws that would not require sewing.”

As an added touch, the blankets were embroidered with the hospital logo as well as the words “Faith, Hope and Love” Beta Sigma Phi. The ladies were then invited to make a formal presentation of the blankets to Houston Methodist St. John Hospital CEO Dan Newman.

“What I love is that the blankets are a gift to the patients as a reminder that along with the hospital staff, the community also cares about them,” said Lutttgeharm.  “The hospital has been so supportive throughout this process and it’s made the whole experience worthwhile.”

In addition to the blankets made for the breast cancer patients, the ladies have made additional blankets for other patients. Along with other volunteer groups at the hospital, Coy-Tremant reports that over 200 blankets have been made so far this year for women with breast cancer, men and women with cancer and comfort blankets for their infants in need.

“We are very grateful to Beta Sigma Phi for taking on this project,” said Coy-Tremant. “It’s been a great fit all around to have them here.”

Joyce Wilkerson, a member of Beta Sigma Phi since 1964, echoes the sentiment based on this experience as well as her many years with the sorority. “Everyone is passionate about it,” said Wilkerson. “It’s the joy of doing what we do that keeps our organization going.”