The homeless find help at The Mercy Tree 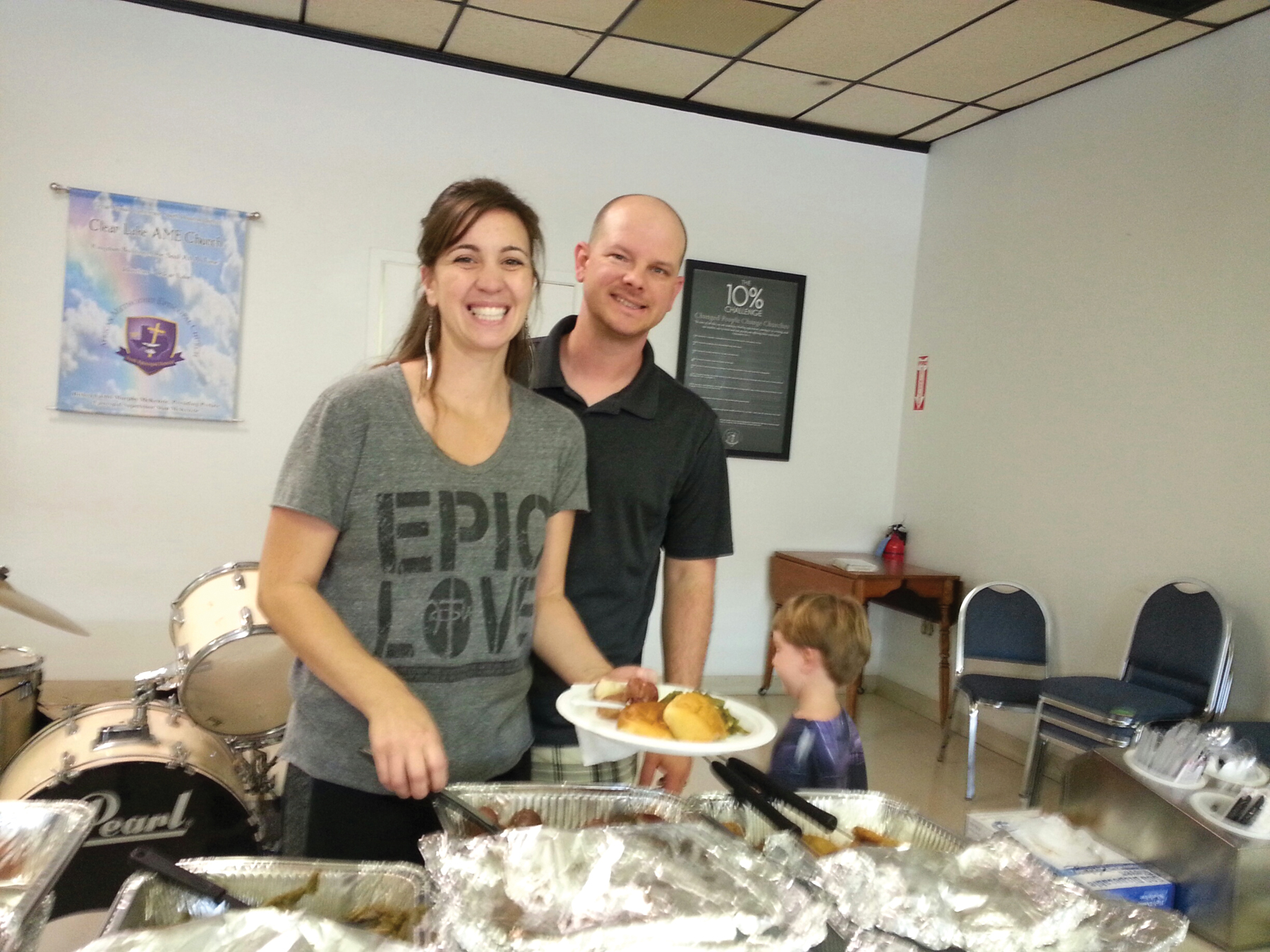 Can God call and equip a busy mother with no experience in ministry to reach out to hurting, homeless people in a community and touch them with compassion?

In 2009, Gina was feeding the homeless in downtown Houston as part of Gateway Community Church. God opened her eyes to the homeless people in her own community and gave her a deep compassion for them.

“One rainy afternoon, as I was driving home with my daughter, I saw a vision of a homeless man, seated at a table, eating. I said to my daughter, ‘Wouldn’t it be great if there was a place where homeless people could come inside to eat?’

It wasn’t until 2013 that God pushed her into service.

“In my mind, I kept seeing a picture of Mr. James’ Hair Salon. Mr. James had died years earlier, but his salon sat empty. At the back of the property, I saw a large tree and, beneath it, an obvious homeless camp. I returned the next evening with my family and saw a homeless man living there. God had led me right to our very first client, Steve.”

Gina began her ministry bringing meals to the five men who made up the camp behind the salon. The Mercy Tree was named for the tree that grew at the site of the homeless camp.

Eventually, Gina found space at Clear Lake AME Church, then Clear Lake Church of Christ, to serve hot meals to the homeless. Today, two years later, there are 12 “clients” each day; sometimes as many as 21.

“All live in the Clear Lake area,” Gina says. “Some walk to our serving locations, some have bicycles, and some have vehicles. I sometimes will pick up a group and give them a ride on rainy days.”

The Mercy Tree offers more than meals. As items are donated, Gina and her crew of volunteers provide clothing and toiletries, backpacks, sleeping bags, and other items. They help the men obtain birth certificates, Social Security cards, and drivers’ licenses. Many have been connected to food stamps, cell phones, glasses and dental care, and free legal services.

“We have a devotional and prayer at every meal,” Gina explains. “We take them to church services in the area.”

The ministry relies on volunteers. More than 600 have helped since the beginning, working about two hours a day at a serving location. “The majority of our volunteers are from local churches,” Gina notes.

Cost for the ministry runs about $10,000 a year. Funds come from churches, organizations, individuals, and families.

Her work recently received a Houston Hero award, but, she insists, The Mercy Tree would not exist if not for the churches who partner with it, more than a dozen from many denominations.

“God’s vision for The Mercy Tree has brought together the Body of Christ here in the Clear Lake area to be His hands and feet,” Gina says. “I am so grateful.”