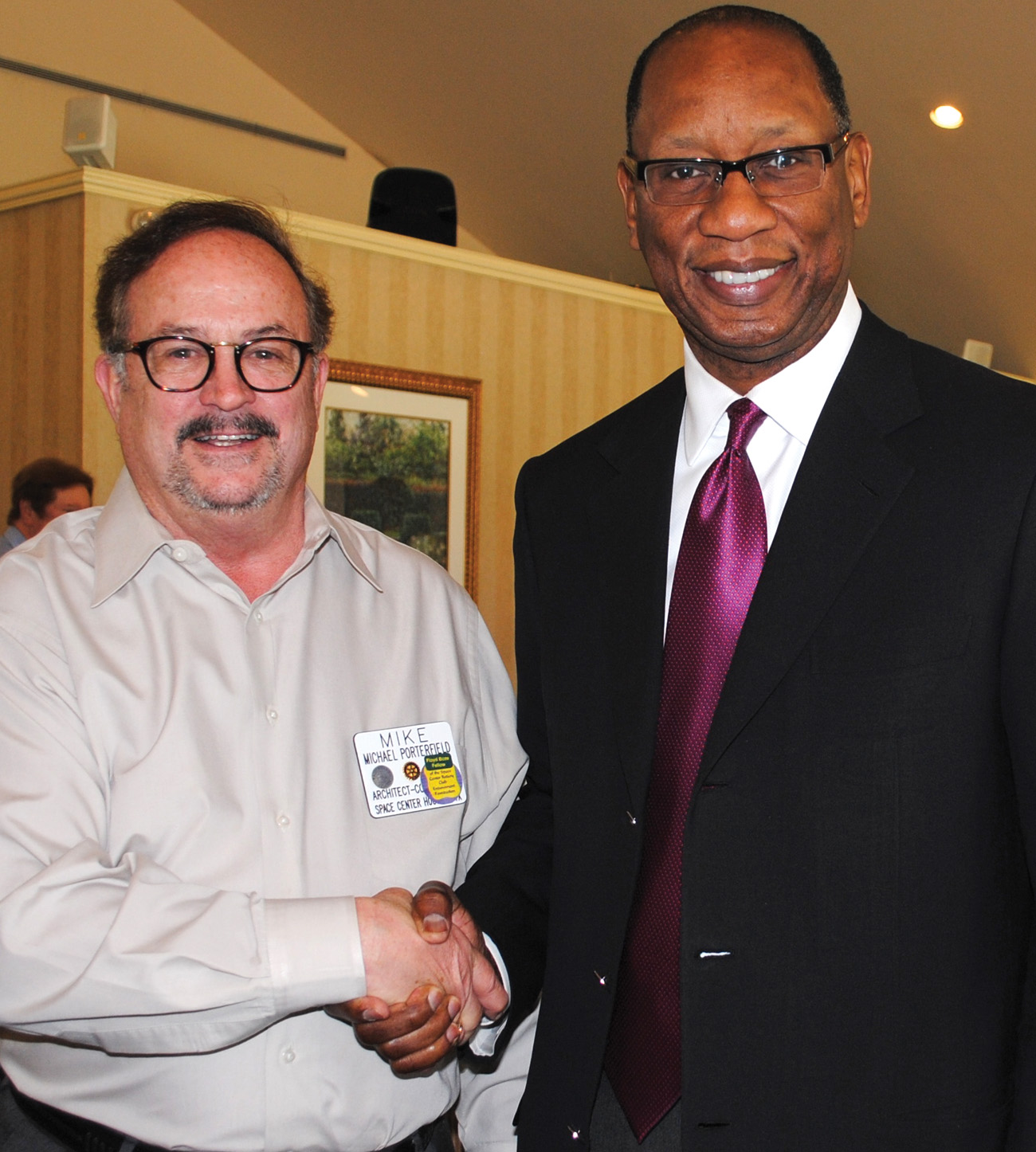 Sometimes we get lucky and get two for the price of one. Space Center Rotary members did last month when they invited former Harris County Judge Robert Eckels to talk about the privately developed high speed rail project he’s involved in.

Not only did he talk about Texas Central Railway, which hopes to offer us a 90-minute bullet train ride from Houston to Dallas in the not-too-distant future, he also provided Rotarians with a brief update on one of the Bay Area Houston storm surge protection studies.

And, why not: Eckels is president of the Gulf Coast Community Protection and Recovery District which is conducting studies to determine the best way to alleviate damage from future hurricanes and he has been serving as president of Texas Central Railway.

The six-county GCCPRD was formed in April 2010 on the recommendation of the Governor’s Commission on Hurricane Ike when the county judges from Brazoria, Galveston, Harris, Chambers, Jefferson and Orange counties gathered in Galveston to develop plans and conduct studies to alleviate damage from future storms, Eckels explained. 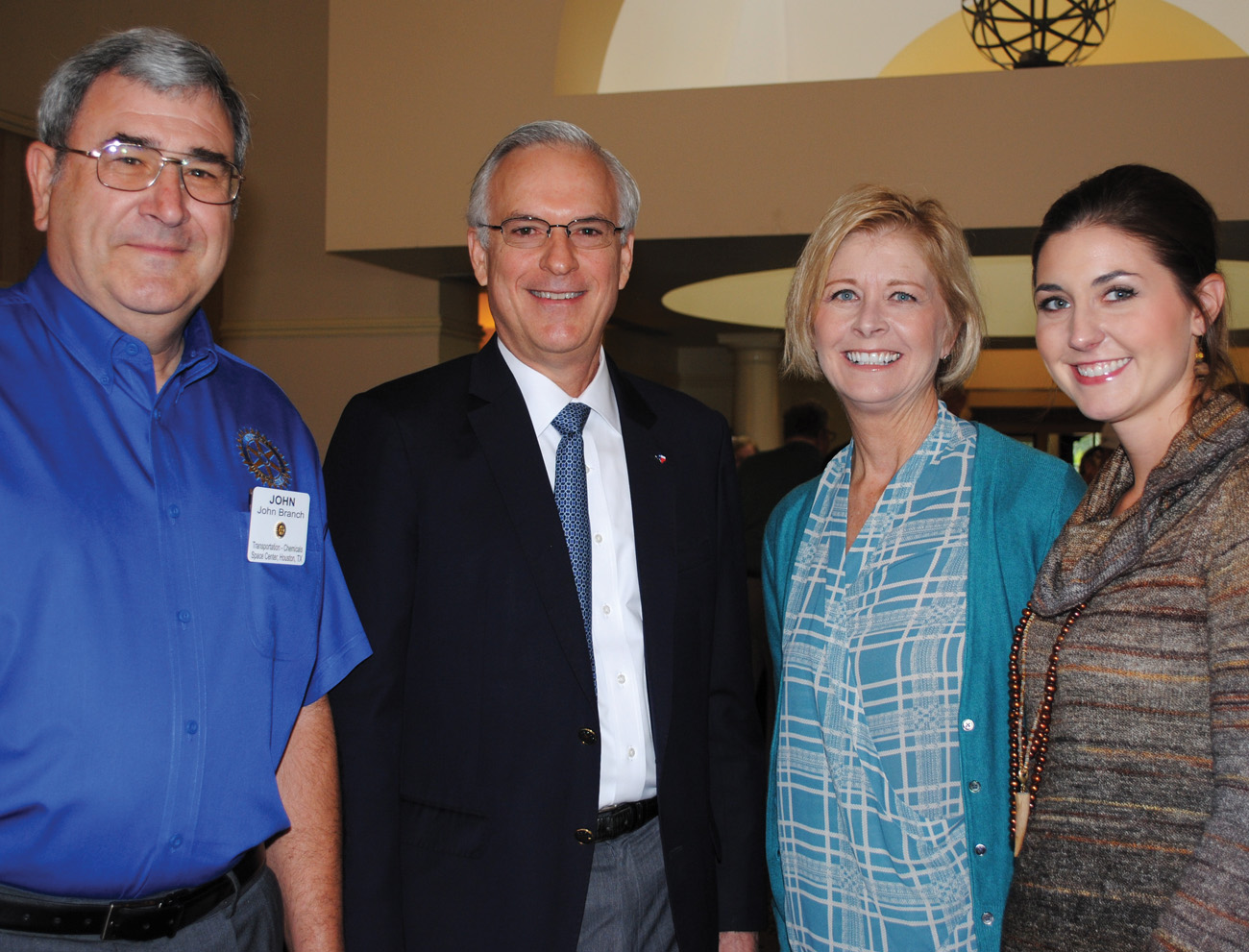 NOW IN PHASE 2
They got a General Land Office grant to evaluate the problem and recommend a cost-effective storm surge suppression system to help protect the six-county region. The project, Eckels said, is now in Phase 2, which is a major technical study by a team of engineers, environmental scientists, economists and community specialists, who are taking a look at 250 storms to determine percentages, with their analysis due in February.

“We have a great team working on it,” he told the luncheon crowd at Bay Oaks Country Club that included Houston mayoral candidate Ben Hall. The final phase, expected to be completed by next June, will take the information and recommend storm surge suppression measures to better protect the six-county region.

90 MINUTE TRIP
Then Judge Eckels switched from the slow moving storm activity to the “really cool train,” which, when built, will make the trip from Houston to Dallas in 90 minutes and even include a stop in College Station. Currently, it takes a motorist 3 and ½ hours to drive. A train will leave the station every 30 minutes he said.

And, he added, in 50 years of traveling in Europe and Japan, they have never had an accident as “the tracks are elevated so there is no place for cars to cross.” Motor vehicles drive under the train tracks.
In July, the company said it had raised $75 million from Texas-based investors, including Fort Worth investor John Kleinheinz, Dallas developer Jack Matthews and former Houston Astros owner Drayton McLane Jr. of Temple.

Look for the train to take off in about four years – around 2020.