Unicare Dental: Patients First, in Sickness and for Health 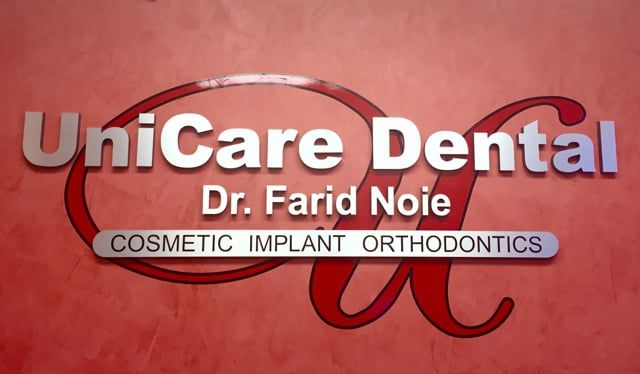 With a global pandemic threatening the health, mental state, finances and general way of life for just about everyone, it might be safe to say that many will be hesitant to jump back into life once things begin to subside. The way people live and businesses operate will likely be changed forever, especially when it comes to medical services. Some healthcare business owners, such as Webster’s Dr. Farid Noie, are already preparing for this.

While he has chosen to continue seeing current patients through video visits for medical necessity in the meantime, the office is closed, and he is taking this time to completely remodel and upgrade to the best sanitary equipment and procedures possible.

“Other than improving our safety protocols, we are also completely remodeling and upgrading our operatories to the most germ resistant surfaces with ease of disinfection,” he said.

Seeing patients through this, although it wouldn’t seem easy for him, as people had to remain in their car until they could go straight to the dentist chair, he says wasn’t completely unmanageable.

“We have one section of the office closed off, and everything else is being worked on,” he explained, although the office is now closed.

Patient comfort, peace of mind and especially the safety of them, as well as staff are all things he has in mind for the upgrades. Dr. Noie believes that medical professionals should be held to a higher standard, as it helps them keep up to date information, follow proper protocol, and ensure that clients receive quality care. Disinfects are certainly not the only goal.

“We’ve also purchased and are upgrading our dental chairs and delivery system to a closed circuit distilled water technology with the latest filtration system to keep our patients and staff safe from any communicable diseases,” he said.

The entirety of the revamp is for everyone’s well being, so equipment was only one thing that he sees as outdated after a global crisis.

“In addition, we plan to double our periodic safety training to deal with our new post pandemic reality.“

In the past, Dr. Noie has been accused of being a germaphobe, but now people are seeing the benefits of his meticulous caution.

“There will be a lot of fear of close proximity with anybody else. In a dental office that fear is even more,” said Dr. Noie. 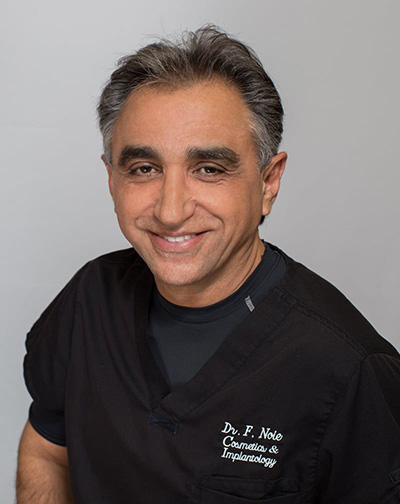 He has hopes that with time, will come comfort and that people will regain a normal sense of life, but with more caution. He does warn that fear can have detrimental effects.

“Avoiding any kind of a treatment out of the fear of viral infection can actually make things worse,” he said. “Lack of routine maintenance and prevention can lead to some serious conditions.”

He wants his patients to have enough confidence to seek help when needed, and is fully prepared to be there when they are ready. He says he sees a future world of medicine in which professionals utilize single-use disposable protective equipment and pay close attention to new OSHA and CDC recommendations.

“The serious nature of this virus has heightened my need to protect my patients,” he said.

Dr. Farid Noie is known as a patient oriented, compassionate professional and plans to reopen his practice, located at 20814 Gulf Freeway in Webster, on June 1, assuming it is safe and legal to do so. Visit www.drnoie.com for more information. 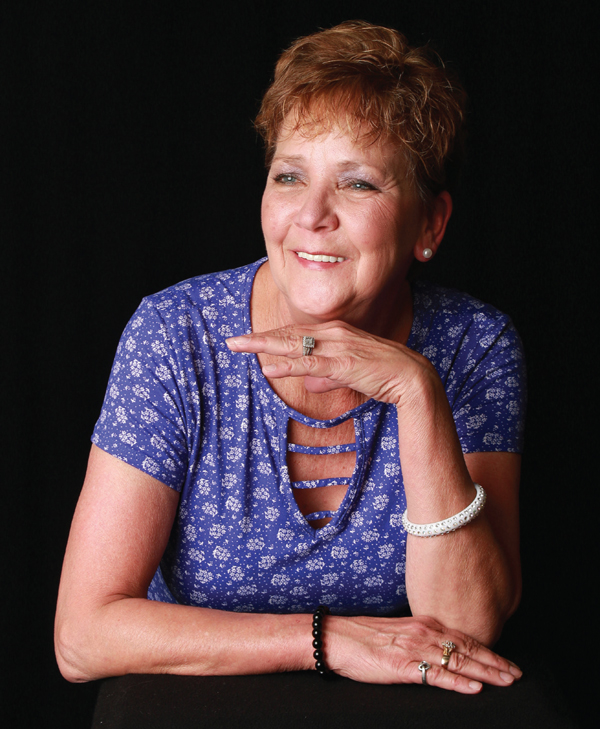 Some people are blessed with perfect teeth from birth,some require minimal work or braces, and others get stuck with problems their whole life.  Loretta Spivey was not one of the more fortunate ones.

“I’ve always had problems with them,” Loretta said.

“One dentist told me I had my mom’s top jaw and my dad’s bottom, so they never sat together.”

Because her teeth were basically mismatched due to an overbite, she had always had difficulty chewing and eating. Loretta tried, without much luck, to get the offset fixed.

“I even had braces put on which I probably shouldn’t have done. They helped but when they were taken off my teeth went back, so I still didn’t have a good bite,” she said.

While her situation was troublesome enough, a few years back she developed gingivitis, which would go untreated for a while.  Because she didn’t like or trust many dentists, the problem worsened until she had to find someone to fix it for her.

“They were starting to become loose. I had some gum and bone loss,” she said. “They were pretty bad so I know I needed to see someone before they started falling out.”

Loretta had a dentist that she had been seeing, but even he didn’t do much to fix everything that she needed, only pulling a tooth and putting in a partial.  Then, before she could get more corrections, he quit and she needed to find someone else to help her.  She began asking around to see who other people were going to.  One of her coworkers highly recommended Dr. Noie, of Unicare – Center for Cosmetic & Implant Dentistry, and she figured she would give him a shot.

“Dr. Noie said he didn’t even know how I ate all these years,” she said.

He took a look at her mouth and he knew exactly what to do to help her.  They scheduled a few surgeries, and he would take care of the teeth she was losing, along with the overbite that kept her self-conscious most of her life.

“I didn’t wanna smile, I always put my hand over my mouth when I talked or smiled,” Loretta said. “That’s one thing my husband noticed when I got my new teeth, I didn’t do that anymore.”

After two or three surgeries she would be good to go.  During the first round, Dr. Noie took out the whole bottom row of teeth out at one time.  While it sounds severe, she maintains that it wasn’t as bad as it sounds.

Her lifetime ailment was finally getting resolved, and she could chew food like a normal person.  Lorettea wasn’t really in pain from it all. After healing, she was able to consume regular food.

Dr. Noie and his expert staff were not the only ones that were there to help her the whole way.  Loretta says that she has

an amazing husband who drove her to and from appointments, stayed with her during every one, and took care of her when she needed it.

“My husband said I went through more than most men could bear,” she said with a laugh.

After everything life had thrown at her, the Unicare staff did everything they could, and never made her feel conscious about her teeth, they were just there to help.

“I’ve never been to a hygienist that’s as good as Laurie is! Usually you dread going cause they’re about to drown you,” she said, “She is wonderful.”

She says that she would highly recommend Dr. Noie, and his whole staff, to anyone needing corrections in their mouth. 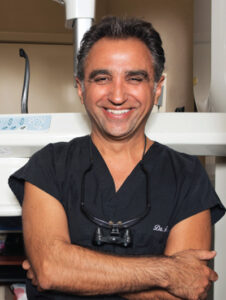