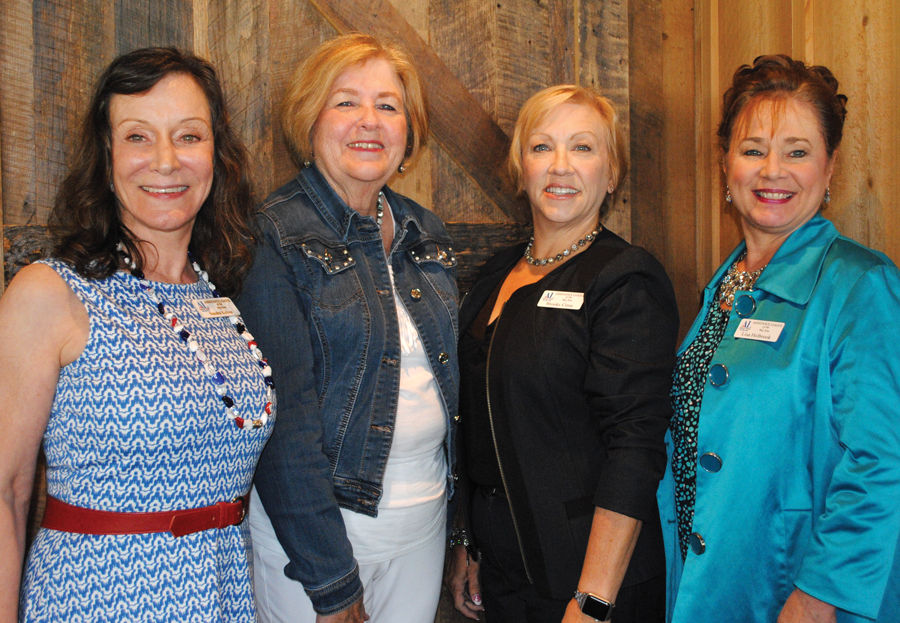 Assistance League of the Bay Area officers for 2019-2020 line up for a photo at the year-end awards luncheon Tuesday, May 28. They are, from right, President Lisa Holbrook, President-elect Brooks Cima, Secretary Betty Stoub and Treasurer Sandra Kelver. Charlene Donovan, Brunella Altemus, Kathleen Courville and Cathy Wolfe will serve as vice presidents. 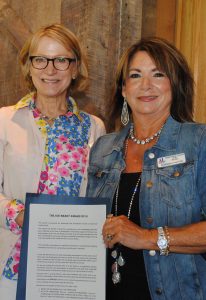 ASSISTANCE LEAGUE members introduced their officers for the coming year and passed out awards to several members for their work when they met May 28 at Red River Bar-B-Que In League City for their annual year-end luncheon.

Outgoing President Sarah Foulds summarized some of the massive amount of work members had accomplished this past year as they celebrated their 25th anniversary as a chapter and their 31st year of serving the Bay Area community, including the return of more than $307,000 to the community through philanthropic programs this past year.

Cathy Wolfe was presented the Sue Brady Award and Brunella Altemus went home with the Sue Holstein Award, while Jill Williams, Charlene Donovan and Ann Hammond were A.B.C.D. Award winners for service Above and Beyond the Call of Duty. Charlotte Teeter was the winner of the Anne Banning Lee Leadership Award and the H.O.P.E. Award went to Frank and Sons.

Earlier in May, they celebrated their 25th anniversary at Bay Area Museum with dozens of members dropping by to reminisce about their work and all the fun through the years. 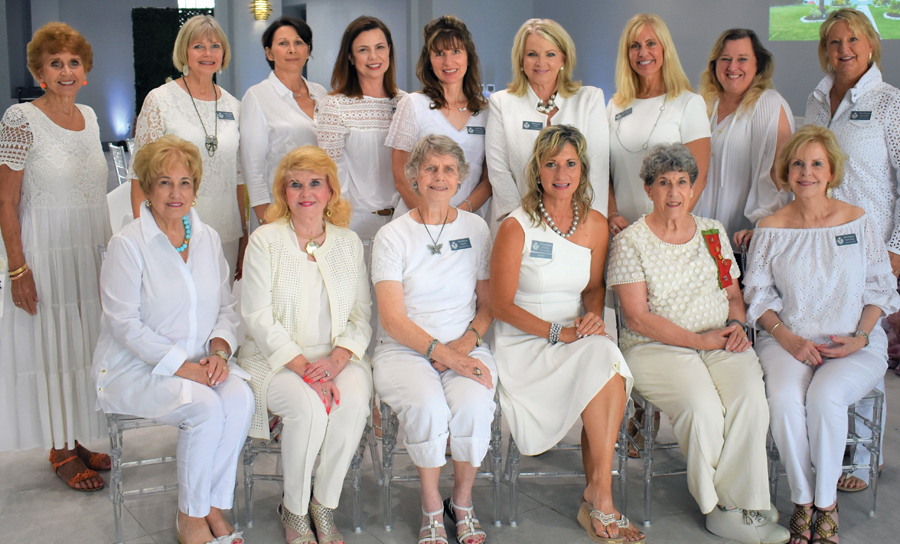 CLEAR LAKE PANHELLENIC members ended their year on a colorful note with all members dressed in yellow in honor of outgoing President D’Lisa Johnston, and all past presidents wearing white.

Besides saying farewell to one another as the summer break approached, they also awarded $8,000 scholarships ($2,000 annually for four years) to a half dozen graduating senior girls — – Alyssa Gonzalez, Zamira Harris-Ryden, Lauren Lueking, Trinity Rust, Tiffany Sakahra and Mckinley Young – and presented Panhellenic’s Citation Award to Karen Douglas and D’Lisa Johnston. 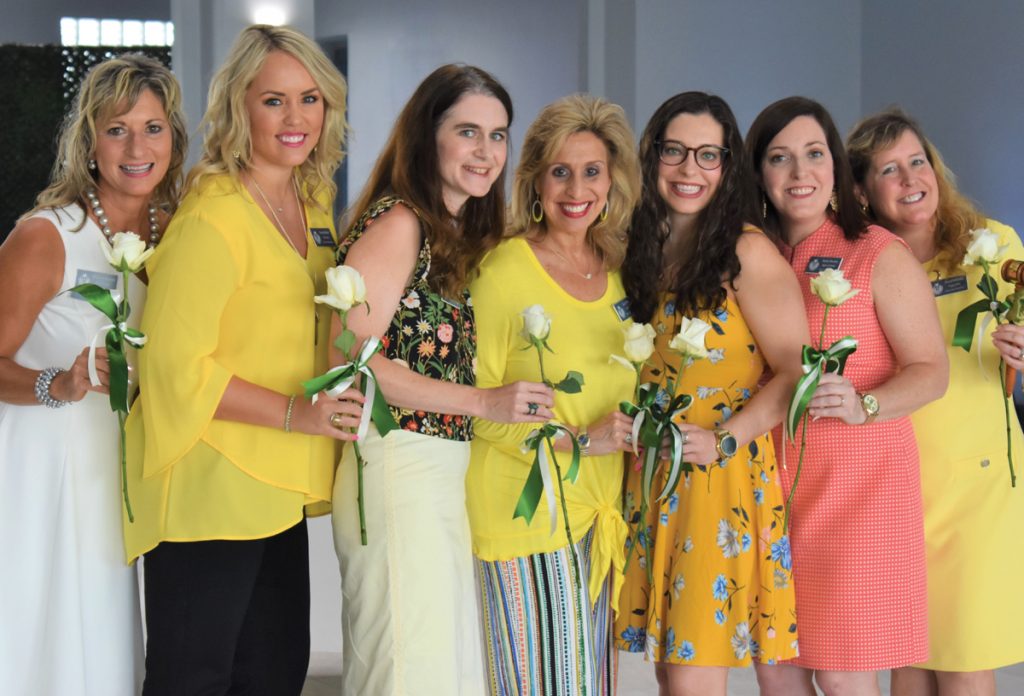