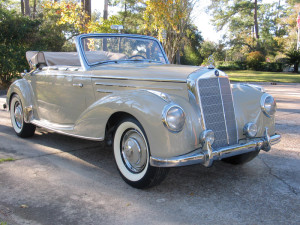 In 1995 Bob Fuller and Paul Merryman, both members of Lakewood Yacht Club, launched what became the first of many annual Keels & Wheels events. The antique automobile and vintage boat show took place at the yacht club one weekend in May and benefitted the Leukemia Society. That first year, Keels & Wheels saw approximately 100 car and 35 boat exhibitors, welcomed close to 2,500 guests and donated $2,000 to the charity.

Today, Keels & Wheels is set to host their 20th annual event May 2-3, 2015. Due to the rate at which the event has progressed, participation is now exclusive, as only 200 cars and 100 boats are selected among thousands of entries. Each year, spectators and exhibitors from all over America and Europe gather at Lakewood Yacht Club to experience the competition that has established itself among the nation’s top concours events. To date, Keels & Wheels has donated over $1.4 million to partnering charities. Lincoln Motor Company and the City of Seabrook will return this year as title sponsors.

This year’s event will again benefit the Boys & Girls Harbor, which seeks to provide healthy, comprehensive care for children and families in crisis. Thanks to Keels & Wheels donations, many less fortunate families and children are impacted by the show’s contributions. 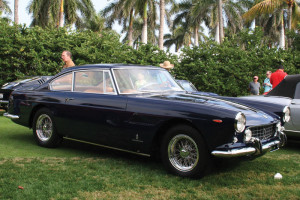 In addition, many small businesses and individuals have benefitted from Keels & Wheels. The event is responsible for contributing over $3.5 million each year to the local economy, while simultaneously raising national awareness of Seabrook. Keels & Wheels has helped the community to stay afloat following damages from several hurricanes and other economic hindrances.

Since the conception of Keels & Wheels in 1995, it strives to create new, exciting and unforgettable experiences for attendees. This year, Dennis Gage, host of Velocity’s “My Classic Car” will serve as the 2015 Grand Marshal.  The show will be filming an episode at the Keels & Wheels event throughout the weekend of May 2-3.

Attendees will have a chance to win exceptional prizes from raffles during the event. The features for the 20th Annual Keels & Wheels Concours d’Elegance include the marques of Packard and Mustang for automobiles and Garwood and Hacker for boat classics. In honor of the 20th Anniversary, Keels & Wheels has invited the “Best of the Best” show winners from years past to display their automobiles and boats.

Over the years, Fuller and Merryman, as well as hundreds of Lakewood members, have put in a tremendous effort to produce this unique event. Keels & Wheels has become a nationally acclaimed show which attempts to help its community and share its success with its charities. Moreover, Keels & Wheels Concours d’Elegance exemplifies the possibilities that can come of a dream or a vision intertwined with passion.