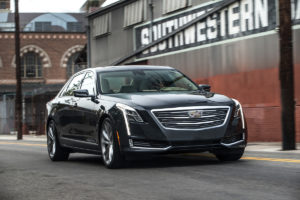 Cadillac CT6
Meet the new flagship from Cadillac, the CT6 Sedan. Despite is lackluster name, the car is a masterpiece in the luxury market.

The interior is purely Cadillac, American luxury can’t get any better. A slight rise in the upper leather dash covering marks its digital instrument cluster below. The centrally located touch screen is wide, easy to use and understand. A finger-touch pad control can be found just ahead of the shifter on the center console. Seating surfaces are top notch leather, firm yet comfortable with adjustments for every body type.

A highlight of the CT6 is its semi-autonomous driving feature called SuperCruise that allows you to let the car drive itself when highway conditions permit. For this reporter, it was a strange feeling releasing the wheel and letting the car do its thing. It worked amazingly well.

Power options include a 4-cylinder or one of two V-6 engines.

Pricing starts at an astonishingly low $54,490. 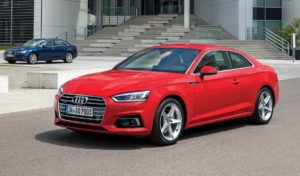 Audi S5
If you’re a lone commuter, perhaps a German Coupe would be a good fit. May we suggest the Audi S5?

Conservative exterior styling is the key note for the S5. Personally, we like the sleeper look this car exudes with its relatively straight lines, big, open-mouth grille and run-of-the-mill taillights. The quad exhaust tips can be a slight tipoff that something may be lurking under the hood.

The 3.0-liter V-6 delivers 354-horsepower to its full-time all-wheel drive system through an 8-speed automatic transmission. We thought it was a V-8 at first. Yes, its 369 lb.-ft. of torque hits you that hard.

The interior brings a lot to the table. Like the exterior, design is conservative – nothing swoopy here. But, the S5 has the latest techno-stuff to keep you as occupied as you want to be. Seating is comfortable but legroom for adults in the back could be an issue on long trips.

Like the Cadillac CT6, the S5 has a similar semi-autonomous driving feature available but engagement is accomplished a little differently than the American way.

There at two trim levels, the Premium Plus and Prestige, with pricing beginning at $54,600.