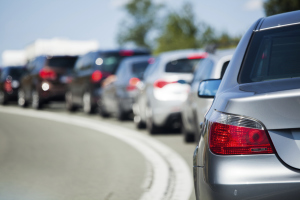 The League City Council approved construction of the approximately $3 million Brookport Project in June 2014. Pinnacle Park developers partnered with the city by providing 3,200 feet of right of way to make the extension possible. The project includes the design and construction of a four lane, curb and gutter concrete roadway with partial median from Marble Cove Drive to Big League Dreams Parkway.

In addition, it also includes a strategic bypass to the I-45/FM 646 intersection, with a roundabout traffic circle in Pinnacle Park, which will provide improved access to the surrounding commercial area as it’s developed. Construction began in July 2014 and was completed in November,2014.

This project was identified and approved as part of the city’s Master Mobility Plan Phase 1. In addition to alleviating traffic congestion, the extension of Brookport will also promote economic development in the area, which now includes Bay Colony Town Center with anchors HEB and Kohl’s, Big League Dreams, and will soon include the city’s newest retail center, Pinnacle Park ,with anchor tenant Cabela’s.

“This project provides an additional north-south route that will assist as the city continues to expand the FM 646 corridor. Cabela’s laid the foundation for retail growth in that area, but Council and staff are already working in partnership on other projects in the city’s continued efforts to attract new retail developments to the area in order to diversify League City’s tax base,” said City Manager Mark Rohr. “The city wants to ensure that as retail development grows, we have infrastructure in place to accommodate that growth,” Rohr said.

In addition to commercial growth, the city’s west side and Bay Colony areas are also experiencing residential growth. This road extension will assist with traffic as new homes are established in that area. “The project also created new water retention areas that saved the city about $700,000 on planned culverts for a road and sewer project along Calder Drive,” Rohr said .