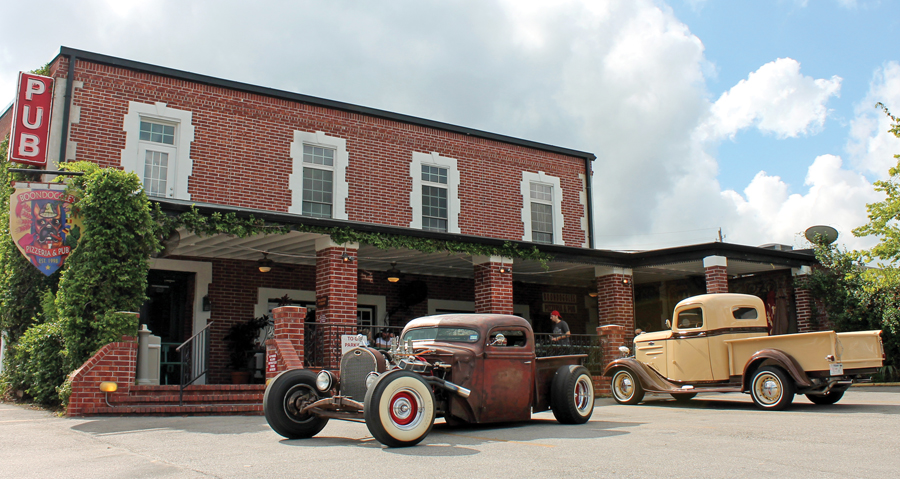 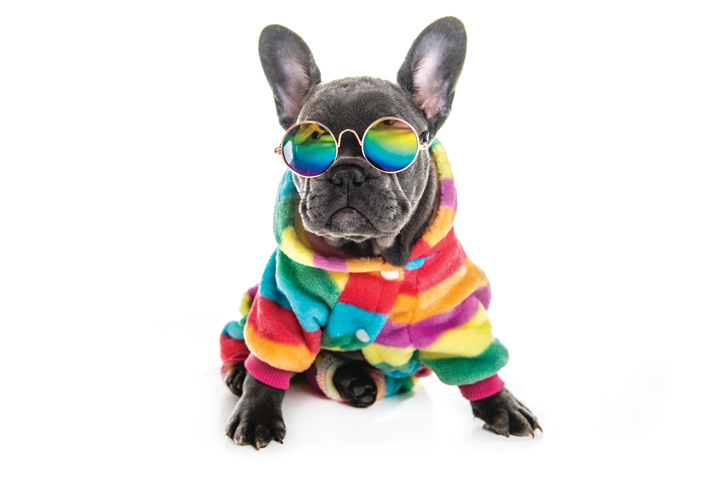 Woofstock is open to the public and will feature vendors, live music, live auction, food, brews and wine. Door prizes and t-shirts will be available for sale as well.

Boondoggles and Chelsea have earned and built their award winning reputation for serving good food, desserts and quality libations, as well as a commitment to the local community.

“Our goal from the onset was to provide our customers with a very comfortable, warm and welcoming place where friends and family can come and enjoy the atmosphere and quality food and drinks. Community and customer focus is tantamount and that has earned our loyal community support,” says General Manager, James Venezia.

While Boondoggles is well known for their large variety of beers of tap and “world class” pizzas cooked in the pub’s wood-fired oven, where they combine oak and mesquite wood to produce cooking temperatures over 500 degrees. On the other hand, Chelsea’s Wine Bar features a large variety of select wines, tasty savory bites as well as decadent desserts to choose from. Both venues offer a warm and inviting ambiance and environment.

Man’s best friend is part of the culture at Boondoggles and are welcomed. The owner’s boxer and mascot has been immortalized in the 21 year history and is incorporated into the pub’s logo. You can even print an 8 ½ X 11 picture to Boondoggles and they’ll frame it and put it on their dog wall. 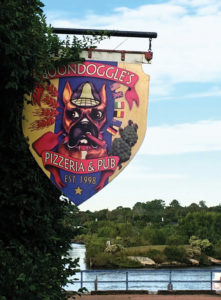 Boondoggles Pub, the locally owned and operated gathering spot known for good times, freshly poured draft beers and award-winning wood-fired pizza, will commemorate its 20th year in the Clear Lake area in June 2018. In conjunction with the anniversary, the pub will host a community celebration, open to the public, on Saturday, June 30, with live music, food and brew, door prizes and 20th anniversary collectors’ t-shirts and posters.

Originally a boat engine repair shop, Boondoggles’ building was meticulously transformed, guided by the owner’s vision, his quest for architectural preservation and a strict budget. Over the course of an entire year, he personally collected and stored salvageable items from demolition projects around the local area, other parts of the country, and as far away as England.

Challenging and rewarding, the preservation effort brought forth an environmentally green structure with historic character and a charming Old-World feel.

Boondoggles quickly became a source of local pride, introducing the area to a superb beer delivery system of nearly 50 taps and a secret dough recipe that earned accolades for pizza baked in the pub’s brick wood-fired oven, where oak and mesquite produce temperatures of over 500 degrees. The now famous “Mug Club” was introduced at the main bar. Patrons purchase solid pewter tankards, which are stored on hooks hanging from the ceiling, and fill them with their beverage of choice. The tankards hold several ounces more than a traditional pint and are engraved with any name a patron chooses—from NASA missions to pet dogs. Today, the Mug Club includes 1,500 members with another 100 mugs currently on order.

A steadfast community and customer focus has earned the pub a loyal following of locals and visitors alike. Out-of-this-world patrons include William “Shep” Shepard, commander of the first crew of the International Space Station (ISS). Flags and other items Shep took into space are prominently on display near the hostess stand. Astronaut Scott Kelly, who spent a record-breaking year in space aboard the ISS, chronicled his experiences and referenced Boondoggles in his book, Endurance. The U.S. record holder for the most days in space and first female, non-military Chief of the Astronaut Office, Peggy Whitson, is also a Boondoggles regular.

Boondoggles has always believed in giving back to the community. And when the community is shaken, the pub steps in. For several weeks amid the destruction and despair from Hurricanes Ike and Harvey, Boondoggles—without electricity to fuel its kitchen operation—fed local residents and work crews from its patio.

Four-legged patrons are also a familiar site on the patio. Inspiring a dog-friendly atmosphere, the owner’s boxer served as the pub’s original mascot and was immortalized in the Boondoggles logo. Each spring, Boondoggles sponsors the annual Woofstock event, a dog festival and fundraiser for Bay Area Pet Adoptions, recently generating more than $10,000 for the shelter.

“From the beginning, Boondoggles simply wanted to provide our customers with a comfortable and welcoming place to enjoy outstanding beer, food and service in a fun atmosphere,” says General Manager James Venezia. “Twenty years later, our goal remains the same. We look forward to serving our community for another 20 years.”