Clear Lake Chatter: A double treat for the Bay Area 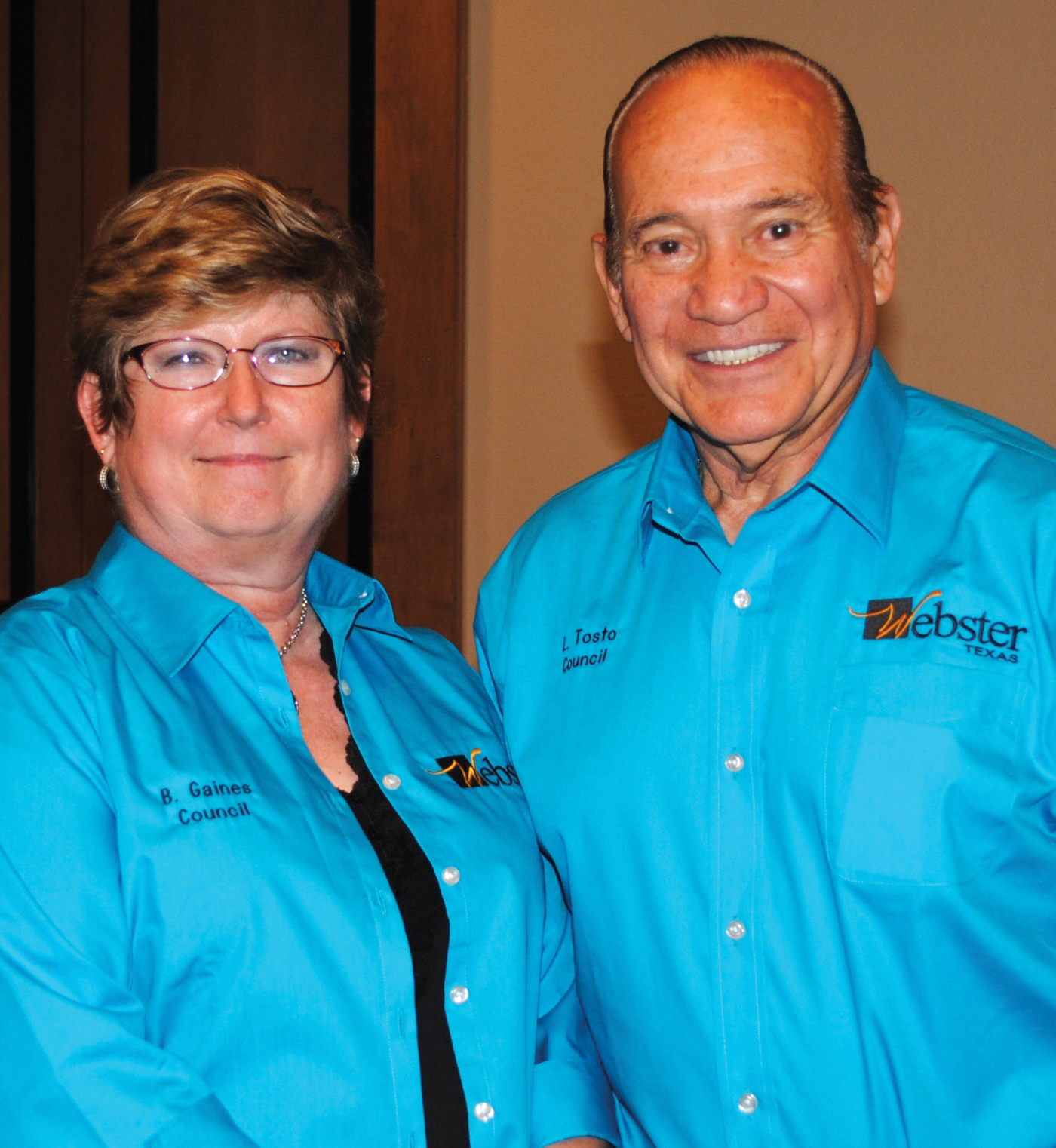 Webster was represented at the BAHEP Legislative Update by Councilors Beverly Gaines and Larry Tosto, who both wore their Webster shirts.

THE BAY AREA was in for quite a treat this summer with eight state senators and representatives providing an update on the 84th legislative session they recently concluded.

As the Bay Area Houston Economic Partnership’s Political Protocol Committee was making arrangements for the event, members decided to invite all our area elected officials and honor them at a reception before the update. Turned out to be quite an event with elected officials everywhere you looked. 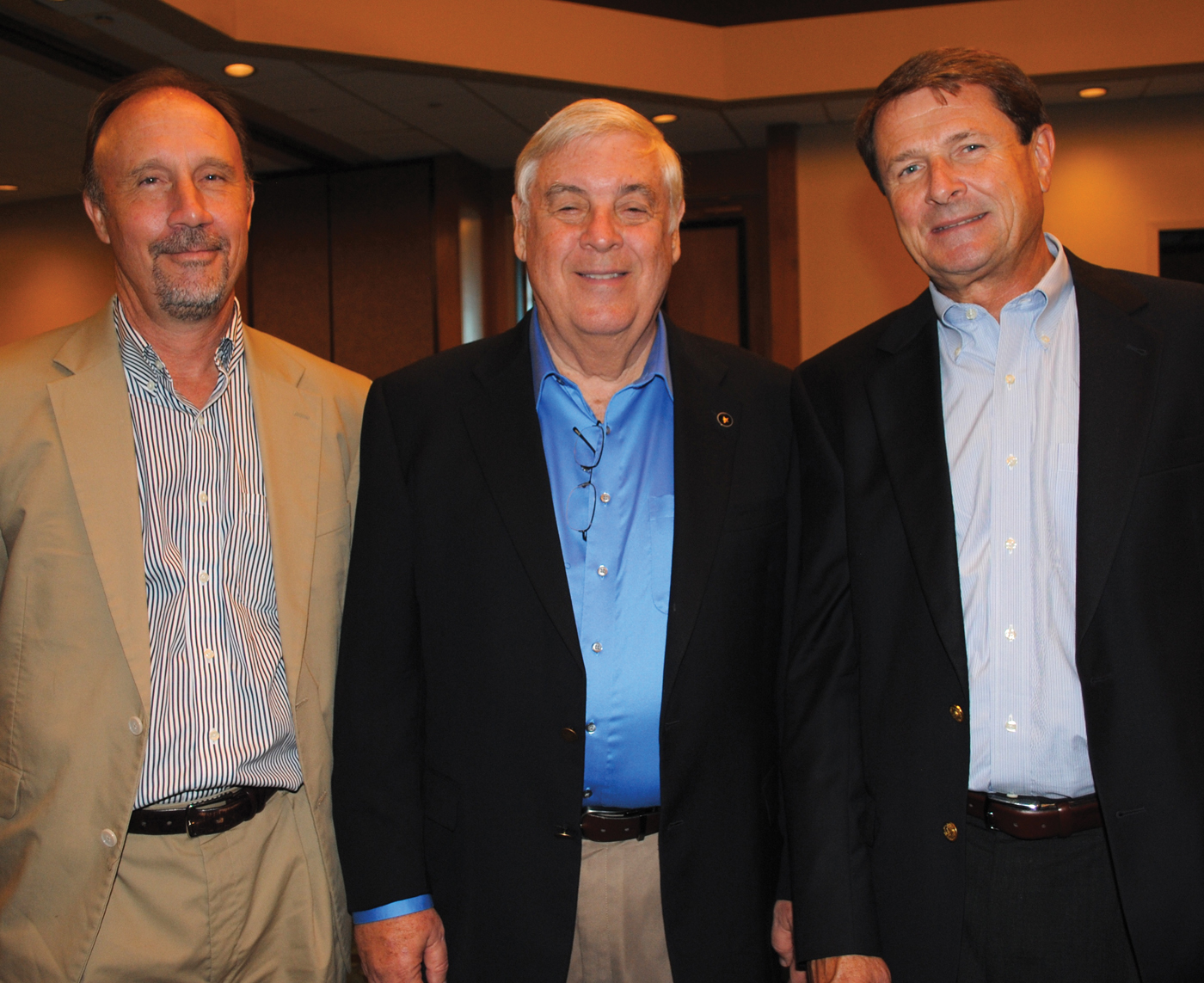 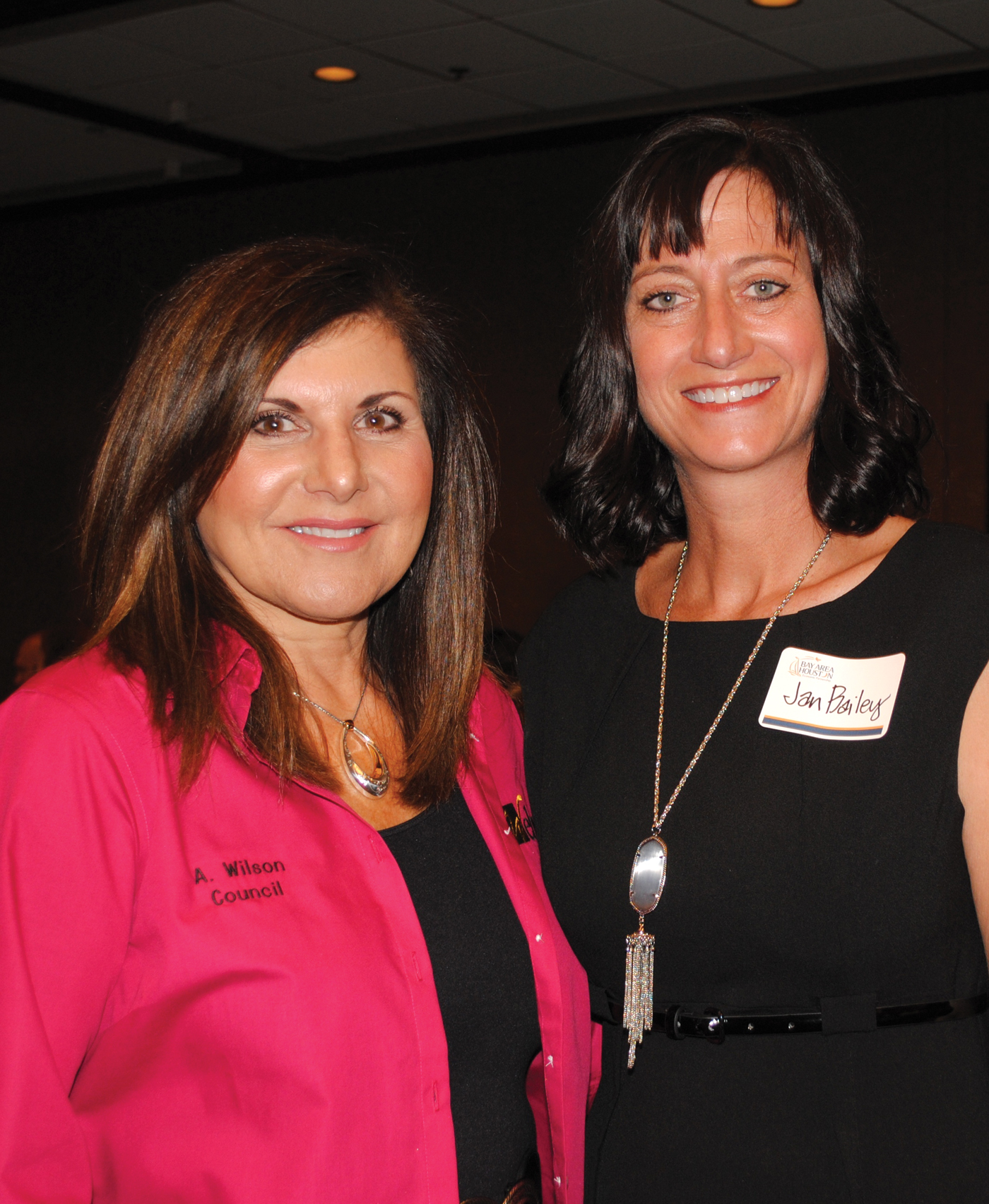 All got to talk with the eight legislators – State Sens. Larry Taylor and Sylvia Garcia, plus State Reps. Wayne Smith, Wayne Faircloth, Ed Thompson, Dr. Greg Bonnen, Gilbert Pena and Dennis Paul, who explained their work in Austin and what they did and didn’t accomplish.

BayTran hears TxDOT chief
BAYTRAN had quite a turnout for its luncheon featuring Lt. Gen. Joe Weber, the executive director of the Texas Department of Transportation. 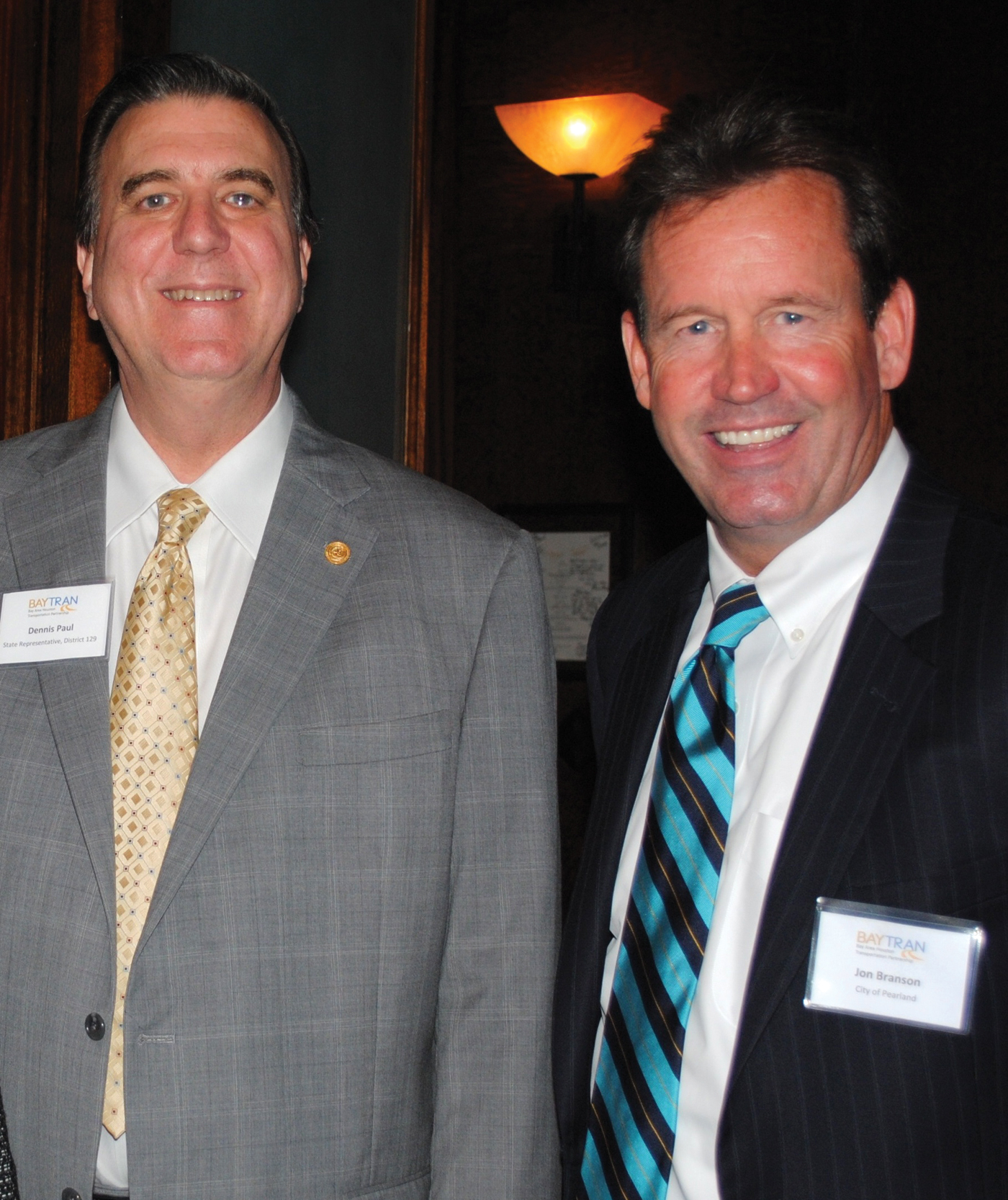 “You will once again be amazed by the talents of Lenny Matuszewski with his eye for selecting the perfect runway fashions from Dillard’s for this special event,” Ellen says, adding, “Plan to attend with your friends and enjoy a glass of champagne as you peruse the unusual silent auction items we will have for your selection this year.”

All proceeds from this event go to the Crawford-Zbanek Scholarship Foundation of the Clear Lake Area Panhellenic Association. This foundation awards college scholarships to area women who are pursuing a college education in Texas. Since 1967 more than $480,000 has been awarded in scholarships to young women representing Clear Creek ISD and surrounding school districts.

Another philanthropic endeavor of the foundation is to sponsor girls from local high schools to attend Girl’s State in Austin, where young Texas women learn responsible citizenship and love for God and country.

Meanwhile, Karen suggests we save the date. For more information on Panhellenic, visit its website,  www.clearlakepanhel.org. 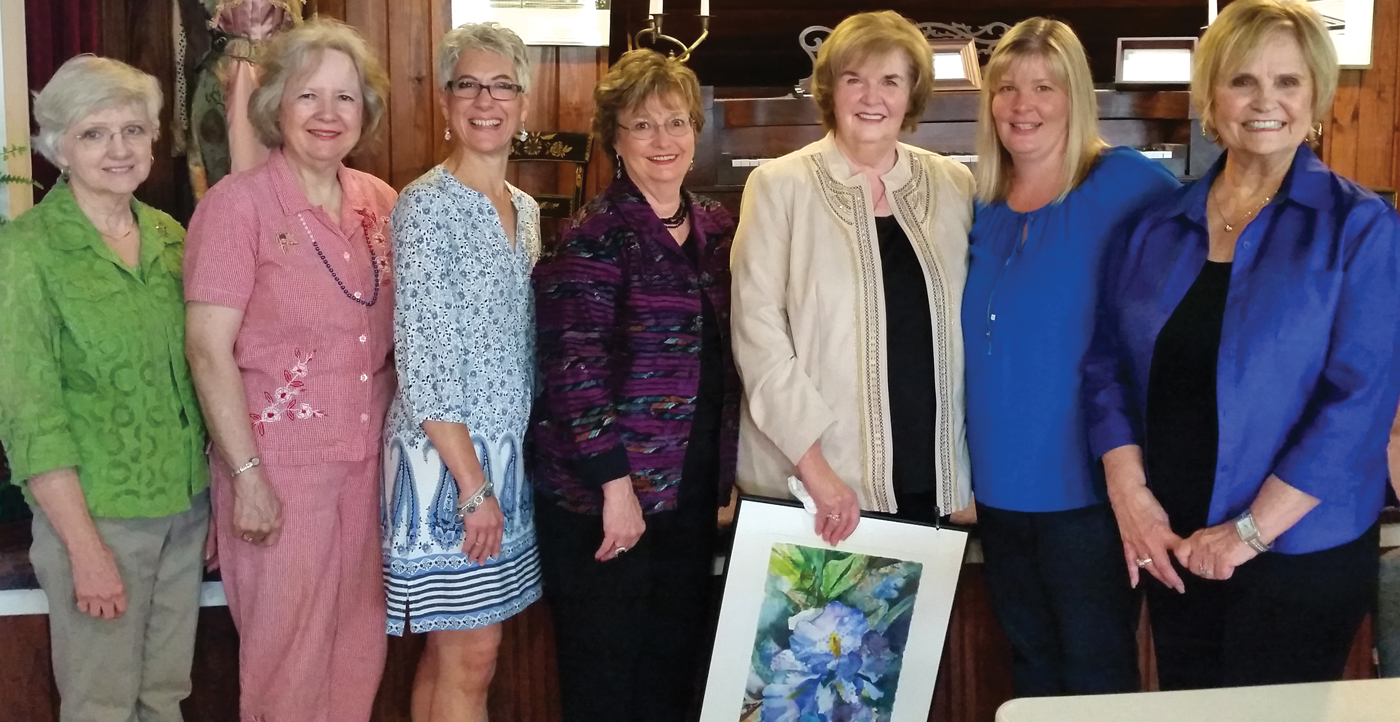