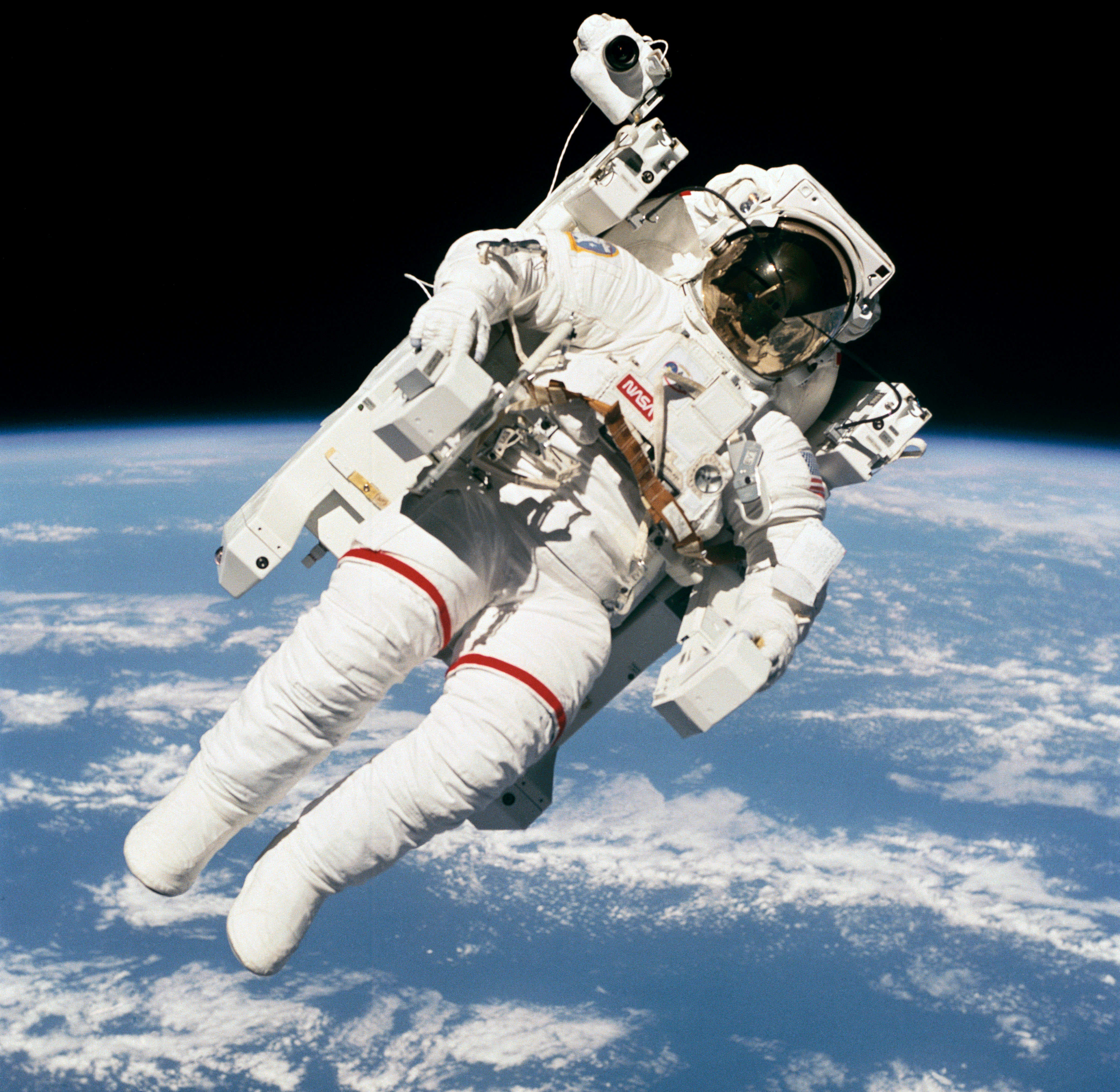 McCandless is perhaps best remembered as the subject of a famous NASA photograph flying alongside the space shuttle in the Manned Maneuvering Unit (MMU) – the first astronaut to fly untethered from his spacecraft. His time as an astronaut encompassed much more than that mission, including serving as the mission-control communicator for Neil Armstrong’s and Buzz Aldrin’s moonwalk on the Apollo 11 mission.

“Our thoughts and prayers go out to Bruce’s family,” said Robert Lightfoot, NASA’s acting administrator. “He will always be known for his iconic photo flying the MMU.”

McCandless, a retired U. S. Navy captain, was one of the 19 astronauts selected by NASA in April 1966. He was a member of the astronaut support crew for the Apollo 14 mission and was backup pilot for the first crewed Skylab mission. He flew as a mission specialist on two space shuttle missions. On STS-41B in 1984, he performed the famous spacewalk and on STS-31 in 1990 he helped deploy the Hubble Space Telescope.

Of his famous spacewalk, he wrote in 2015: “My wife [Bernice] was at mission control, and there was quite a bit of apprehension. I wanted to say something similar to Neil [Armstrong] when he landed on the moon, so I said, ‘It may have been a small step for Neil, but it’s a heck of a big leap for me.’ That loosened the tension a bit.”

Born June 8, 1937, in Boston, McCandless graduated from Woodrow Wilson Senior High School, Long Beach, Calif. He received a bachelor of science degree from the U.S. Naval Academy in 1958, a master of science degree in Electrical Engineering from Stanford University in 1965, and a master’s degree in Business Administration from the University of Houston at Clear Lake City in 1987.

He was a co-investigator on the M-509 astronaut maneuvering unit experiment flown in the Skylab Program and collaborated on the development of the MMU. He was responsible for crew inputs to the development of hardware and procedures for the Inertial Upper Stage (IUS), the Hubble Space Telescope, the Solar Maximum Repair Mission, and the Space Station Program. McCandless logged more than 312 hours in space, including four hours of flight time using the MMU.

Captain McCandless was the son of the late Rear Admiral (USN) and Mrs. Bruce McCandless. Admiral McCandless received the Congressional Medal of Honor for the naval battle of Guadalcanal, Dec. 12-13, 1942. He passed away in 1968. His paternal grandfather, Commodore (later Rear Admiral) Byron McCandless, USN, received the Navy Cross for World War I, and his maternal grandfather, Capt. Willis Winter Bradley, USN, was the first recipient of the Congressional Medal of Honor in World War I.

Find photos of McCandless at: https://www.nasa.gov/content/images/bruce-mccandless