Apollo 7: The race heats up 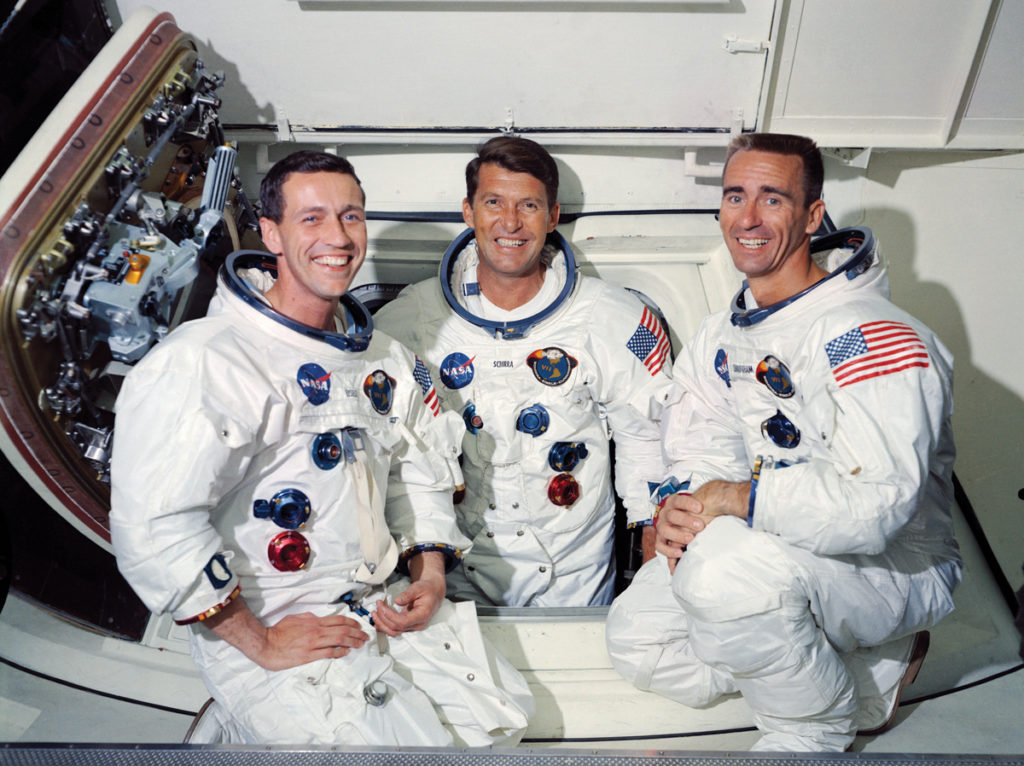 On Oct. 11, 1968, three American astronauts launched to Earth orbit aboard Apollo 7. It was the first piloted mission of the spacecraft designed to meet President John F. Kennedy’s challenge to land on the lunar surface.

The 11-day flight took place as the race to the Moon was heating up between the United States and the Soviet Union. A month earlier, the Soviets launched the unpiloted Zond 5, a simplified version of their Soyuz spacecraft designed for cosmonauts. The capsule became the first to circle around the Moon and return safely to Earth.

Both nations also were recovering from tragic losses. Three Apollo 1 astronauts perished in a launch pad fire on Jan. 27, 1967. That same year, the lone cosmonaut aboard Soyuz 1 died when the spacecraft crashed on April 24.

“We have a great group of specialists from government and industry trained to work as a team,” he said. “Just as the astronauts are ready to fly to orbit, we are ready to get them there.”

Schirra was joined by two members of the third astronaut class, both making their first spaceflight.

Command module pilot Donn Eisele was a U.S. Air Force colonel and test pilot. Walt Cunningham had been a colonel and fighter pilot in the U.S. Marine Corps Reserve. Although there was no lunar module on this flight, as the third member of the crew, Cunningham was designated LM pilot.

Following a flawless liftoff atop a Saturn 1B rocket from Launch Complex 34 at Cape Kennedy (now Cape Canaveral) Air Force Station, the command-service module (CSM) separated from the second stage. Eisele then practiced a simulated LM docking. During launch with a LM, it would have been housed inside the adapter between the second stage and the CSM.

The first test of the powerful SPS took place on flight day two. When it fired with 20,500 pounds of thrust, Schirra radioed that it was a real kick.
“Yabbadabbadoo,” he exclaimed in a favorite saying of the television cartoon character Fred Flintstone. “That’s like a ride and a half!”

WORLD WATCHES
Another goal was broadcasting live television from the spacecraft. Three days after liftoff, the Apollo 7 camera was turned on, allowing Mission Control and viewers around the world to watch the crew in orbit.

“I can see Eisele there,” said spacecraft communicator Tom Stafford, a fellow astronaut. “He’s holding a sign and it says, ‘From the lovely Apollo room, high atop everything.’ “

The crew fired the SPS engine on Oct. 22, splashing down in the Atlantic Ocean eight miles from the recovery aircraft carrier, the USS Essex.
After the flight, Schirra described the Apollo CSM as “a magnificent flying machine.”

“We were able to accomplish a major step in our progress toward the lunar landing,” he said. “I have every confidence that the progress of this mission will let us accomplish that by the end of next year.” 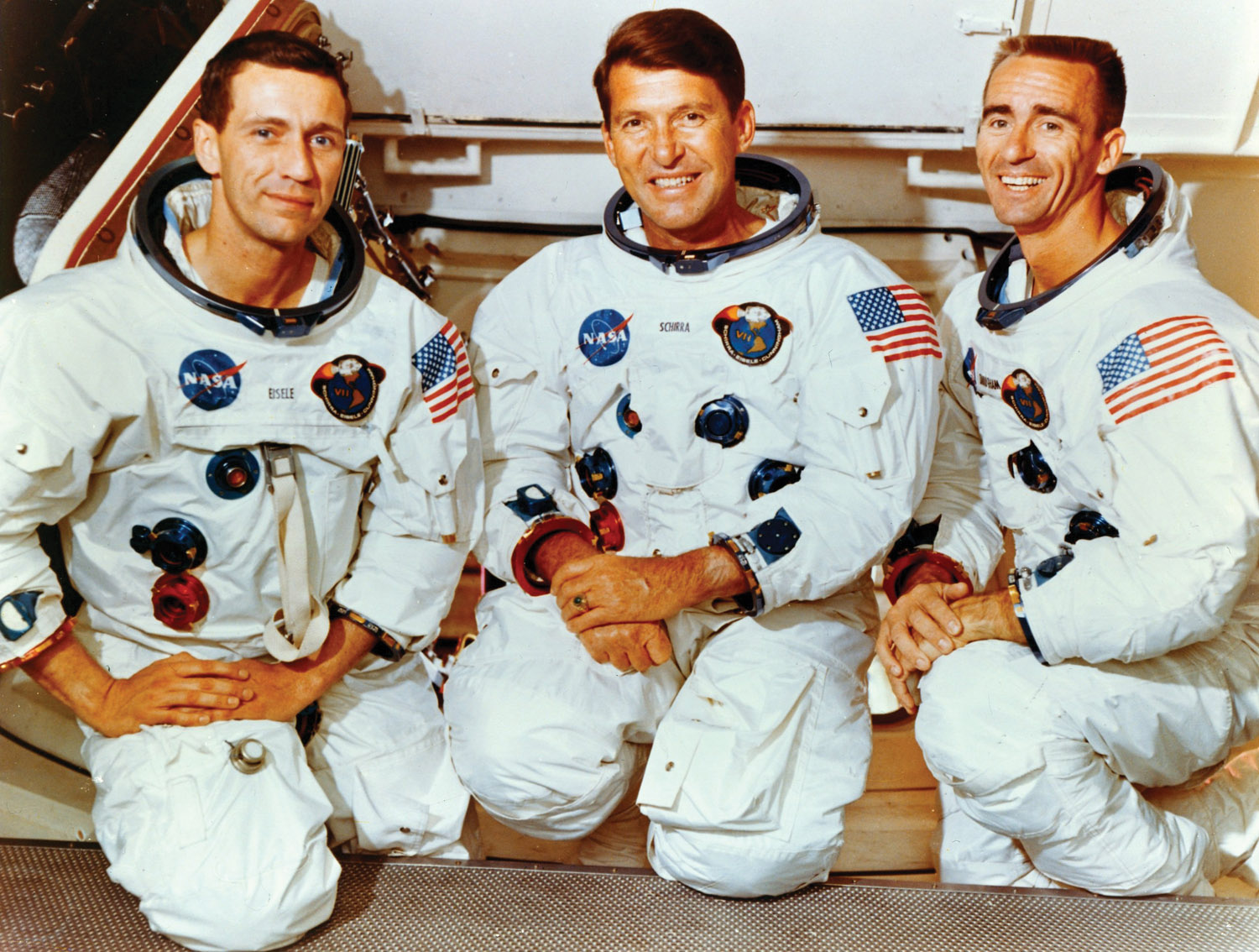 The crew of the Apollo 7, from left, Donn Eisele, Water Schirra and Cunningham.

Former astronaut and retired Marine Corps Col. Walter Cunningham is the first to say that the Apollo 7 mission is one that history may have forgotten. He will include that in a public discussion at the University of Houston-Clear Lake 5:30 p.m., Jan. 5, as part of the university’s Clear Lake Association of Senior Programs “Visions in Our Midst” Distinguished Speaker Series.

The lecture, titled “Apollo VII: The First of Five Giant Steps to the Moon,” will be held in the Garden Room of UHCL’s Bayou Building, 2700 Bay Area Blvd., Houston.

It is the first event in the 2017 series of Clear Lake Association of Senior Programs (CLASP), which provides learning opportunities through a wide variety of free lectures for all ages every first Thursday of the month. Free parking is available in the Visitors Lot. The full spring schedule is at www.uhcl.edu/alumni/clasp.