Even Capt. Kirk was there for 2019 RNASA Space Gala 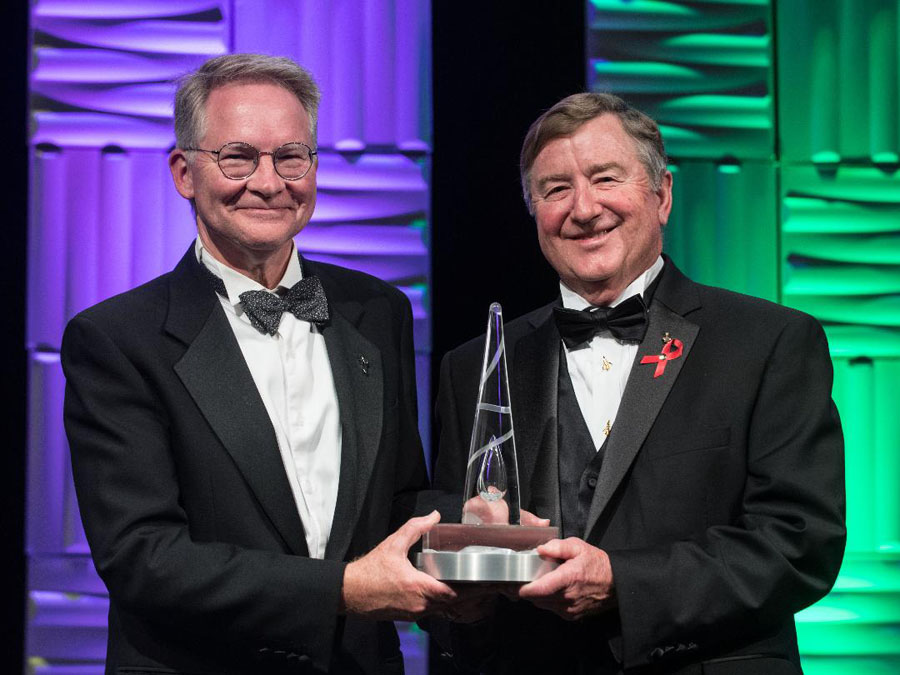 HAPPY STORIES make for happy evenings, and stories rarely are happier than that of David Thompson, recipient of the 2019 National Space Trophy, who turned a boyhood filled with small rocket launches into the formation of a well known aerospace company.

And, looking around at smiles on the faces of the black-tie crowd of nearly 750 at the Rotary National Award for Space Achievement Foundation Gala April 26, it was evident they were all happy for him as former astronaut and Orbital Sciences Senior Vice President Frank Culbertson presented the award and another former astronaut and Space Trophy winner, Gen. (Ret.) Thomas Stafford, presented him with an Omega watch. 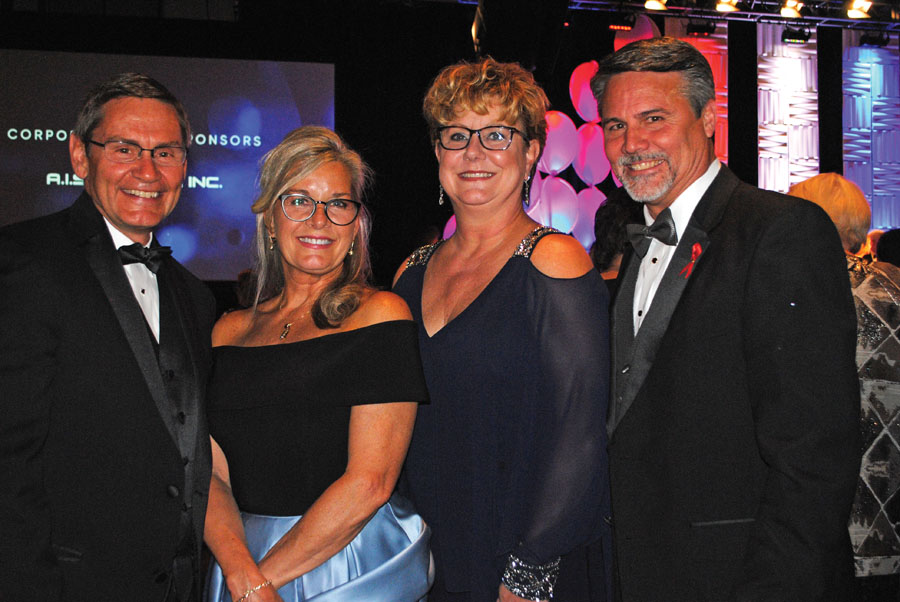 Thompson, retired president and CEO of Orbital ATK, along with two Harvard Business School classmates, founded Orbital Sciences Corp., in the early 80s. Later, it grew to become Orbital ATK, which last year was purchased by Northrop Grumman for a mere $9 billion.

Film star William Shatner, who you knew as Star Trek’s Capt. James Kirk, was an honored guest and recipient of RNASA’s Space Communicator Award. Unfortunately, NASA Administrator Jim Bridenstein had to cancel his visit the day before the gala.

After RNASA Chairman Rodolfo Gonzalez welcomed the crowd, saying that “the foundation’s mission is to encourage, recognize, honor, and celebrate U.S. space achievement. The members of the foundation truly appreciate the enormity of the work that is represented by tonight’s audience,” and dinner featuring Petite Filet of Beef and Crab Cakes, the smiling crowd cheered as astronauts Mark Vande Hei and Dr. Shannon Walker passed out marble Stellar Awards to several dozen of our best and brightest – a ceremony that has become known as the space industry’s Academy Awards. 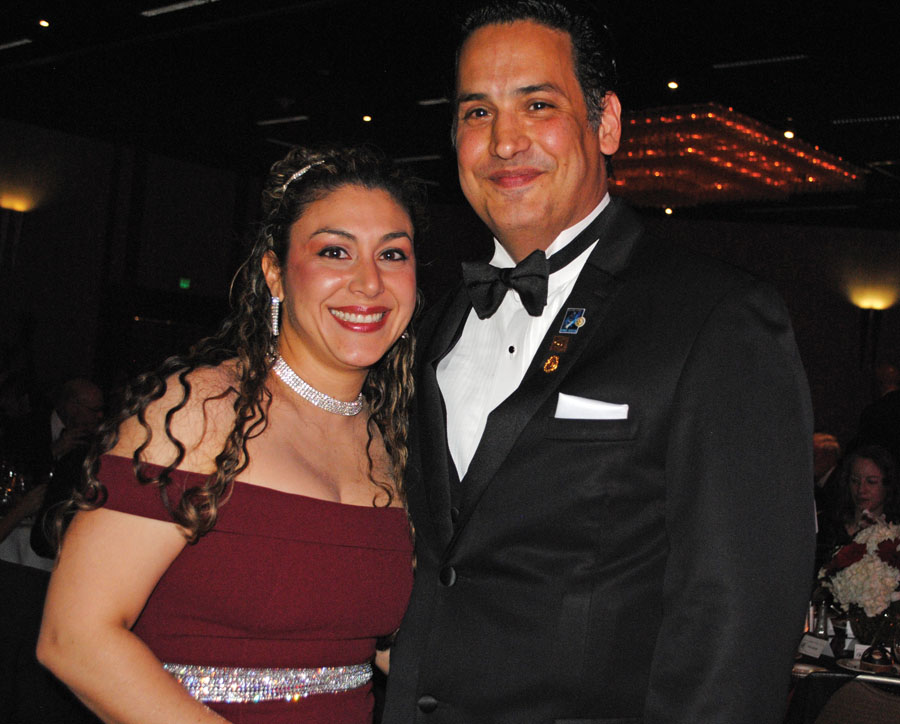 RNASA Foundation Chairman Rodolfo Gonzalez and his wife, Anangela, wear big smiles as the Space Gala comes to an end.

After dinner, the program kicked off with a year-in-review film by Space City Films, after which NASA’s Deputy Assistant Administrator for Communications Bob Jacobs welcomed honored guest William Shatner, best known for his role as Capt. James Kirk of Star Trek’s USS Enterprise, saying that “I know his work has touched everyone in this room…And it inspired most people here to do what they’re doing today.”

Shatner shared his thoughts about mankind’s hunger for adventure this way, “what is inside our heads that compels us to set forth on the precipice of existence? For what? Is it ego? Is it pride? Is it a death wish? Is it the sense of adventure that propels the human spirit into unfamiliar modes, into life threatening environments because the challenge is there? Is it humanity’s need to experience the unknown to grasp it, embrace it, absorb the experience as only a human can? Yeah, the challenge of life over death, that’s it.”

Former Space Trophy winners Tommy Holloway, Glenn Lunney and Eileen Collins were in the crowd, as was retired JSC Director Ellen Ochoa, who came down from Idaho to see all her old pals. 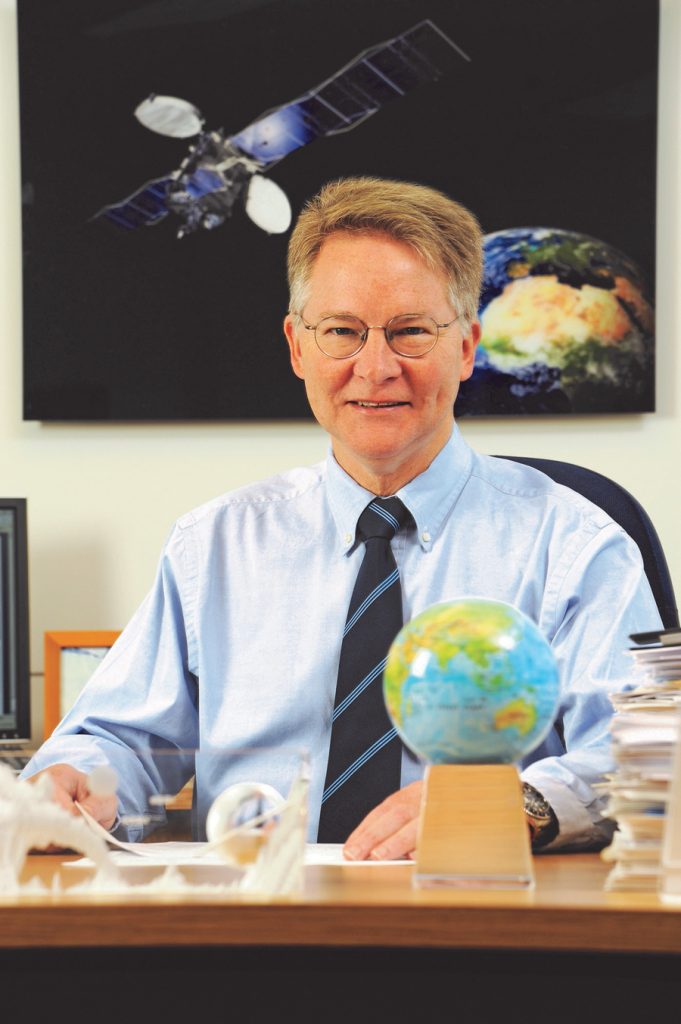