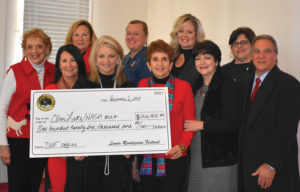 A total of $126,000 in funds raised during the 2017 Lunar Rendezvous Festival were distributed to area Bay Area 501(c)(3) organizations and need based scholarship recipients during the annual Distribution of Funds Coffee held at Bay Area Museum.

The distribution comes as Lunar Rendezvous begins preparations for its 2018 festival this spring with its annual kickoff party scheduled Sunday, March 25 at UH-Clear Lake.

Now in its 53rd year, the Lunar Rendezvous Festival is dedicated to providing community based support including scholarships for higher education, youth development, and educational programs, and funding for the arts and historical preservation in the Bay Area Houston/NASA area, Festival Chairman Dinah Matthews pointed out.

The Lunar Rendezvous Festival began in 1965 as a 501 (c) (3), non-profit organization formed to preserve the rich history and many accomplishments in the space sciences made in the Bay Area. The first festival, which took place over two weekends in June of 1966 and included more than two dozen events, was a salute to the space program’s historic 1965 rendezvous of Gemini VI and Gemini VII in space. Since its inception, Lunar Rendezvous has hosted fun and entertaining festivals enjoyable for the entire family. Each year hundreds of volunteers join together to promote charity, and to celebrate, and honor our community. 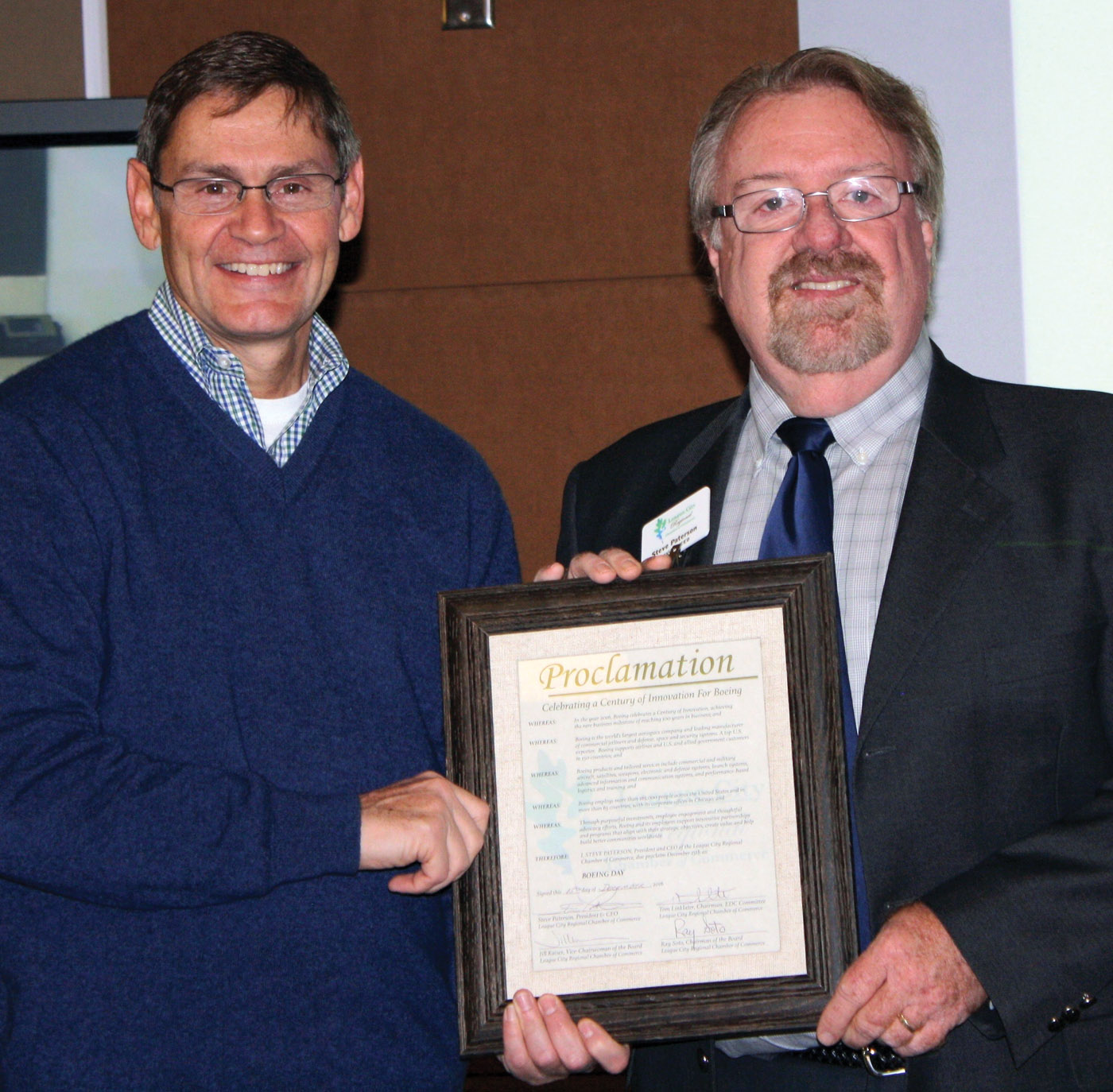 “I am humbled by the support that City Council and the community have shown to me throughout this transition,” Baumgartner said. “League City is my home and together we will continue working with the entire community to build upon our successes as we strive to provide world-class customer service.”

“League City has a bright future and we know that John Baumgartner is the right choice to see us through this period of transition and bridge the gaps,” said Mayor Pat Hallisey.  “He is a member of this community, actively involved in issues important to the city and a true public servant.”

The college’s process technology program offers courses no other college does and is nationally recognized for its successful classroom-to-industry workforce pipeline.

TACTE recognized the process technology program as an exemplary and innovative career and technology program, which offers two courses unique to San Jacinto College: Soft Skills and Basic Mechanical Skills for Energy. Zwiercan said industry partners have expressed the importance of graduates holding both of these skill sets.

The 2017 Go Red for Women Luncheon Friday, Feb. 24 at South Shore Harbour Resort is expected to draw more than 500 attendees and plans to set new fundraising records for the Bay Area Division and mission of the AHA.
Mendoza serves as the senior vice president of business development and marketing for Bay Area Regional Medical Center.

Students in grades 7-12 throughout Houston and southeast Texas who have a passion for science, engineering, technology and math are encouraged to register. Participating students will showcase their projects to industry leaders, competing for the opportunity to participate in state and international science fairs.

Festival court applications due
Applications for the 2017 Lunar Rendezvous Festival Court are available online at www.lunarrendezvous.org

Eleventh grade students who are interested in becoming a Festival Princess or Lieutenant, or children between the ages of 7 and 9 who wish to be a Little Lady in Waiting or a Page are encouraged to complete an application.

All completed applications must be emailed to lunarrendezvousfestival2017@gmail.com no later than Jan. 31, 2017. An informational meeting will be held on Sunday, Jan. 22 at 3 p.m. at the University of Houston-Clear Lake Bayou Building.

“We are extremely honored and appreciative that our world-class exhibit received the most prestigious attractions industry award from our colleagues at IAAPA,” said President and CEO William T. Harris. “This exhibit is an unprecedented learning experience for generations to come.”

The Impact Award, one of the most distinguished of the international Brass Ring Awards program, is given to a category winner that had or will have the most impact on the future of the industry. Since opening last January, Independence Plaza has garnered international news stories and drawn visitors from around the world. Developing an exhibit unlike anything else in the world was no small feat. Throughout the construction process, Jack Rouse Associates provided complete planning, design and project management for Independence Plaza.

The eight-story multiple-exhibit complex is the biggest project for the nonprofit since the center opened in 1992. Bringing the legacy of the 30-year shuttle program to life, Independence Plaza features hands-on activities, multimedia displays and NASA artifacts – all inside the original shuttle carrier aircraft, NASA 905, with a shuttle replica mounted on top.

Pearland City Hall renovation OK’d
Pearland City Council has approved a $6.1 million construction contract for the City Hall Complex Renovation Project. The complex is home to a host of city departments and houses more than 100 city employees and serves as a meeting location for all public meetings including City Council and Planning & Zoning Commission meetings.

The facility also houses the city’s Administration, Finance and Human Resources departments, which support 650 city employees. In addition, the Community Development Department processes approximately 15,000 permits a year while meeting with homeowners and developers at the City Hall Complex, and the Water Billing and Collections Department handles utility bills for Pearland’s 139,300 residents.

The Truven study, now in its 18th year, singled out 50 hospitals that achieved superior clinical, operational and financial performance in this critical area of hospital care. The 100 Top Hospitals study is well-regarded for evaluating leadership impact in a hospital, as well as for evaluating quality indicators and efficiencies.