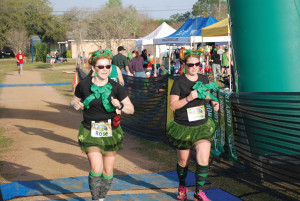 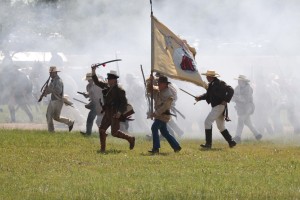 By Matthew Henson with At Your Side Home Care

Matthew Henson is the Marketing Director for At Your Side Home Care, the leading home care agency in the Clear Lake area. Matthew also performs a music therapy program, specifically designed for Alzheimer’s patients, in many of the area nursing homes

By Kim Wandle with Texas State Securities Board

Kim has been employed at the Texas State Securities Board (TSSB) for over 29 years.  During her tenure at the TSSB, she has reviewed numerous broker/dealer and investment adviser applications for the Registration Division, and assisted the attorneys and investigators in the Enforcement Division, often conducting undercover investigative work.

By Teresa Vega with United Healthcare

Teresa Vega has been in the Medicare Advantage (MA) business for 9 years. She started as a field agent and quickly progressed into managing, recruiting, and training agents.  Her success in the MA industry lies in doing what is best for the Medicare Beneficiary and utilizing the successful tools and resources United Healthcare has to offer.  She has a degree from the University of Houston, a B.S. in Hotel and Restaurant Management.  She has also attended the New School University, NYC, NY, MS-Graduate.

As a Program Director for the Texas Senior Medicare Patrol for the past 12 years, Barbara Parrott McGinity works to educate seniors about Medicare, Medicaid fraud and abuse, and the importance of reporting suspected fraud.

Are You Being Harmed by the Most Popular Diet Myths?

Dr. Serge owns a doctorate degree in nutrition from McGill University in Canada. In addition, he completed  seven years of postdoctoral training at Harvard Medical School in Massachusetts. He holds an advance certification in Nutrition Response Testing (NRT) from Ulan Nutritional Systems in Florida and he is a certified herbalist through the Australian College of Phototherapy.

Robert joined the staff of VITAS Innovative Hospice Care of Houston in 2013, but has been passionate about hospice for a long time.

As a community liaison working with faith communities, Robert educates parishioners and their leaders about the benefits of hospice, the myths about hospice and the services VITAS provides. “People who dread hospice don’t understand hospice,” he says. “Hospice is as much about the caregiver as it is about the patient. It’s as much about emotional pain as about physical pain near the end of life.”

Robert was formerly a licensed counselor and is a published author. Prior to joining VITAS, he worked with an organization that provided medical equipment and supplies to women and children in 80 developing countries.