Student: ‘Life is not a multiple choice test’ 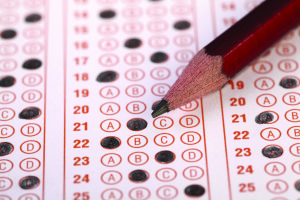 The 2015 Texas legislative session is upon us, and education will be at the forefront of many policy decisions, Clear Creek School District Superintendent Dr. Greg Smith points out as House and Senate representatives begin taking up measures that will affect our lives and many students’ futures.

“We are fortunate to have local legislators who have taken the time to understand the issues facing teachers, students and parents,” Dr. Smith says. “Recently, our school district along with nine area school districts met with seven of our legislators as part of the Bay Area Schools Consortium’s education forum, held in Texas City Dec. 18.”

The discussions, he explained, “focused on topics such as how to minimize standardized testing and maintain high accountability standards for schools, support a full-day pre-kindergarten program in Texas, allow school districts to keep local property revenue to pay for windstorm insurance instead of sending a check to Austin, and create a pipeline of workforce ready graduates in the region through an infusion of relevant career and technical programs.

“I am especially proud of Kushal Kadakia, a senior at Clear Lake High School, who spoke passionately about a caveat in the law that may keep more than 28,000 seniors from receiving a well-earned high school diploma this spring. The following is his testimony to our lawmakers and the entire auditorium took note.”

I want to commend our representatives on their work in the last legislative session – thanks to them, the number of tests required for graduation has been reduced from 15 to 5. However, our battle against End-of-Course exams is far from over. So tonight, I want to begin by asking each of you a very important question.

What does it mean to have an education?

Is it the capacity to crunch numbers like Einstein or write sonnets like Shakespeare? Is it the critical thinking skills that students hone in the classroom in order to solve problems in the real world? Is it the leadership and maturity that students exhibit on a daily basis, from the football field to student government?

Or is it a single number on a piece of paper?

It’s easy to get caught up in the numbers – but students are not statistics. My classmates and I are not numbers on paper. So tonight, I want to tell you about the faces behind these fancy charts and graphs.

There’s a girl in our district. She’s 17, just like me, and hopes to graduate in June. But right now she can’t – because of a writing test she failed four years ago. She’s intelligent – she passed English II STAAR, she averages A’s and B’s in school, and she’s demonstrated mastery in literature in her classes. She’s a good citizen – she has an excellent attendance record, and no discipline issues.

She’s dedicated – taking an extra practical writing class, attending afterschool remediation seminars, and devoting her summers in ELA academies. She’s everything we want in a student – and yet, because of a single test, her teachers are going to have to tell her that she can’t graduate.

There’s a boy in our district. He’s the star player on his school basketball team; good enough to be recruited to play in the NCAA, good enough to earn a scholarship for all four years of college. Yet in eyes of the law, he’s not good enough to graduate. The hundreds of hours he spent on the court, perfecting his skills, the late nights he spent studying for his classes to maintain his eligibility – all of that is for nothing.

There’s a boy in our district. Despite English not being his native language, he has worked ever since he entered this country to build a future. He’s studied hard, he’s taken English as a Second Language, and he’s overcome incredible challenges.

But he can’t graduate – because he failed a test his sophomore year written in a language that he’s spoken for barely a quarter of his life. For him, the American Dream is quickly fading; because we’ve stopped defining education by the students, focusing instead on the numbers.

These are stories about three kids in my district. But they represent more than 20,000 students across the state who are in danger of not graduating. When students spend hours with their teachers after school, on weekends, and during the summer and continue to fail – that’s when we know that there’s a problem with the system. We shouldn’t allow one number to define a student’s entire educational career.

I urge you to support Senate Bill 149 for emergency end of course legislation – for the teachers who have watched their kids grow and overcome adversity only to be denied the opportunity to graduate, for the parents who have dreamed of their children’s graduation for the last 17 years, for the students who hope to go to college, get a job, and change the world.

We have to change the way we are approaching education, and voting for this bill is the first step, because life is not a multiple choice test – it is a series of challenges that requires creativity, compassion, and resilience, skills that no STAAR test can ever measure.

« How does Two Steps One Sticker affect you?
28,177 Texas seniors may not graduate »
Bay Area Houston Magazine