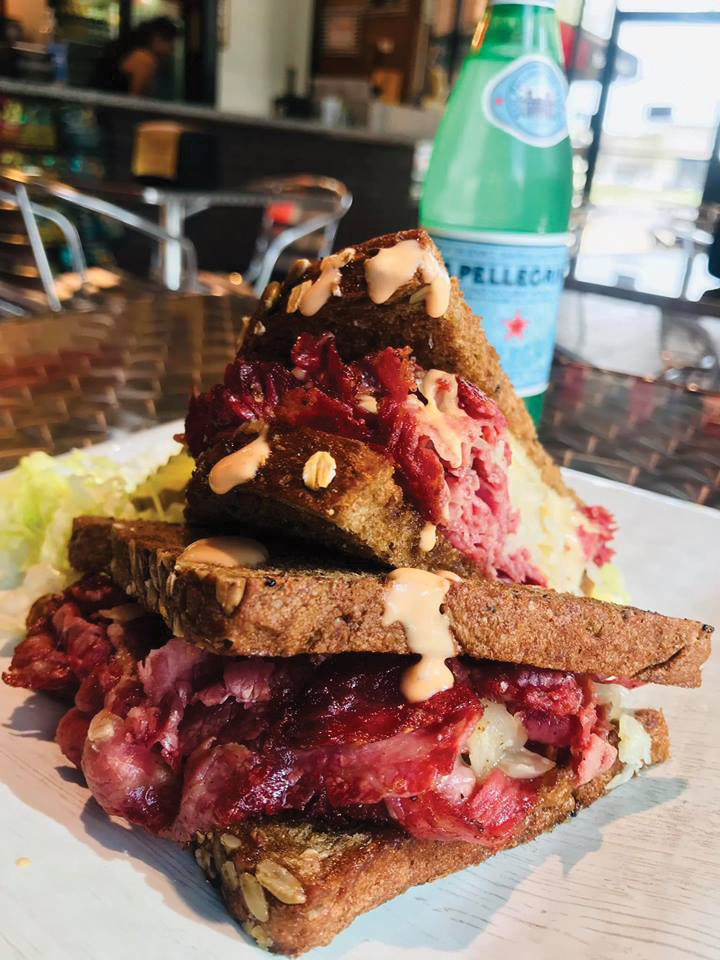 Brooklyn-Style Spirit in the Heart of League City

Generous portions and a high standard of delicious food, including vegetarian and keto options, are just a few things that Sloppy Nick’s Brooklyn style deli pride themselves on.
New owner, Giorgio Floridia, stresses not only the quality and portions that his sandwich shop offers, but also the cleanliness that they like to maintain.

“We really emphasize in quality and keeping the place clean,” said Giorgio, “It’s important for people to know that this is a really clean environment.”

Giorgio, along with his wife Antonella, bought the restaurant in January from his cousin, Luigi, because they could be present more often in the building and help manage it more closely.

They currently offer many between bread classics, such as an Italian sandwich, a Monte Cristo, and big juicy burgers. But what does Giorgio recommend?
“Well, the best is the Reuben!” he said “And we have great hamburgers.”

He says that these, as well as the hot dogs, one of which is wrapped in bacon and deep fried (the Sloppy Pig), and the Cubano, are all big favorites. They get praise on more than just their main courses on the menu, too.

“People say we have the best garlic Parmesan fries,” he said.

Though they are discussing a few additions to the menu to be able to better cater to customer desires, Giorgio says that they won’t be making any major changes yet, because they already have good feedback about almost everything that they offer, but also “we won’t lose the nature of the Brooklyn Deli,” as he says.

So don’t get too worried, all of the favorite sandwiches and salads will still be offered. So what are the adjustments they are thinking of making?

“We are thinking about doing some brunch,” Giorgio said, “Once a month brunch, and see how people respond.”

Many people have been asking Giorgio about delivery, so they might offer this in the near future. But, he stresses, these are all things that they are trying to do for their guests at the moment, they aren’t there, yet.

Some of the little additions they have gotten a nice response on, are the antipasto board that they now offer, where guests can pick a few meats and/or cheeses, and that guests can relax with their meal and share a bottle or glass of wine or sip on a beer.

That isn’t evem the best part of what they will roll out since taking over this restaurant.

“We have this showcase that is going to be completely dessert,” he said, “We’re going to make in-house cakes, desserts, biscotti and Italian cookies Everything is going to be freshly made.”

Keeping up a restaurant is not all that keeps Giorgio and Antonella busy though. He says that they have two children, Giuseppe and Francesca, who were both born in Italy and have gained dual citizenship. He says that he and his wife are both very appreciative of the support from the community to his family.

“I want to thank the community for the great response they have given to me and my kids,” he said, “obviously I want to thank my cousin Luigi and his wife Josephine for the opportunity to own a great place.”