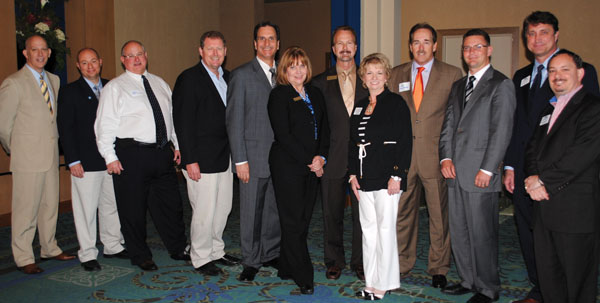 The state of the lake is quite good, and will only get better and better with the opening of the Space Center Houston space shuttle and when the expansion of State Highway 146 is complete.

That was the consensus from area officials who spoke at the 8th annual State of the Lake Tourism Address hosted at South Shore Harbour Resort by the Clear Lake Area Chamber, South Shore Harbour and the Bay Area Houston Convention and Visitors Bureau.

“I think Highway 146 is going to happen soon,” Mayor Royal predicted. “We’ve all come together to work on this so they’re hearing one voice.”

Commissioner Morman agreed. “We’re making real progress by working together. I expect work to start in three to four years,” he said, going on to tell the crowd how Sylvan Beach is being revitalized and a new boardwalk is being installed at Armand Bayou Nature Center.

Space Center Houston President Richard Allen topped off an afternoon of good news with the announcement that NASA was donating the Boeing 747 that ferried all the space shuttles around the country to the visitor center, which will display its full-size space shuttle mockup atop the historic jumbo jetliner.

Some points the various speakers brought out: