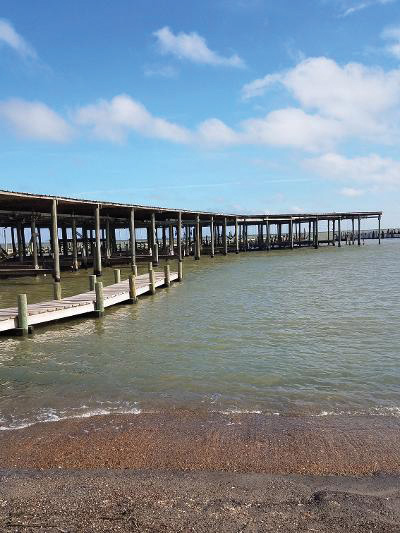 As a writer, coming up with new material, at times, is not a easy task. Especially when your article comes out every few weeks. Sure, I could write about the fish we caught or the baits we used, but that is not my style. I asked God to give me a subject and He never fails! He came through again, this time on the weather systems called hurricanes. So are you prepared?

On Saturday, September 8, 1900 most folks in the United States enjoyed the usual weekend activities. Here on Galveston Island the day was anything but normal. One of the country’s deadliest natural disasters was devastating the island I call home. When all was said and done, little remained of what was “The Wall Street of the South.”

We are headed into the peak of the season for these storms. The folks on the lower coast have experienced the first one of the year for Texas. The predictions for this season are very active for tropical systems. When Hanna was just blob in the Gulf, forecasters were calling for a minimal tropical storm at best. Boy, were they wrong! Were you prepared?

I have lived on the West end of Galveston Island for over 20 years. When I open my door, I can see the Gulf of Mexico from my deck. I have been blessed by God to be able to live on the beach. The older I get, the less I like this time of year, known as hurricane season. Rebuilding your life after a storm is not impossible, but it takes a toll on you personally. Preparation before a storm strikes is the key. One must be prepared and prepare early! How early? From my experiences, it is never early enough.

First and foremost, secure your property. Property on the coast may consist of a primary or second home, even a recreational vehicle in the form of a camper. Last but not least; what about your boat? Eagle Point Fishing Camp began the process of removing the boats from their slips as soon as Hanna was forecast to hit the Texas Coast. The camp has weathered many storms since being established in 1929.

Even though this storm was far south of the Upper Coast, tides were increased and many docks were underwater. Had the storm shifted a little farther north towards Galveston, getting boats secure would have been a problem especially, if they had procrastinated. Many times one may hear the saying, “It is insured.” That is good, but we all pay when insurance companies have to pay claims caused by these storms. Also the damage unsecured boats can cause to a marina can become extensive!

If you prepare early ant try to mitigate the damage caused by these weather events, the quicker you can return to normalcy. Have a plan in place and implement the plan early. One has to be willing to make that call, do not wait! It is a sense a peace knowing one did all they could, and the rest is in God’s hands. Be safe, be prepared!